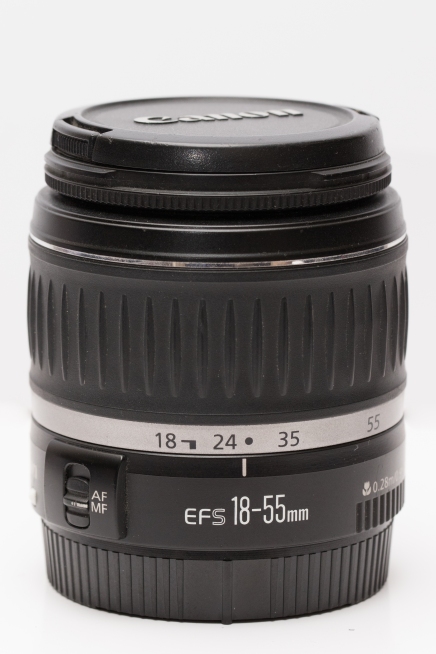 Looking Back at the Lens That Started It All

A couple of days ago I looked back at my Canon Rebel XT that first brought me into the world of dSLR photography. When I purchased my camera it came with this 18-55mm lens. I spent a lot of time just using this lens along with my 75-300mm lens. I really did not know why I would need better glass. Knowing what I do now it seems kind of crazy, but back then I was happy to shoot at f/5.6 at 55mm. This is a great little lens for a kit lens. It did everything that I wanted it too. The photos really stand up over time. I like the build of the L series lenses by Canon, but sometimes you can get away with less. The one downfall would have to be the low f-stop at 55mm. That really makes shooting in low light very difficult. Grabbing some photos for these last couple of posts have showed me that it isn’t always the gear. I have heard a great saying that I will paraphrase here. “If you want to make a great picture, stand in front of something interesting.”

Where Is It Now?

I thought that I would talk about what I use this lens for now as I did with the camera that it came with. I have rarely used the camera since August of 2011 when I picked up the Canon 60D. With that camera came the 18-135mm lens that I really put to use during my photo 365 project. This lens has become a gimmick lens for me with a handful of uses in the last 3 1/2 years. I have one filter that fits the lens that gives me the great star pattern with lights at a night game. About once a year I break it out to get a different picture. I would sell the lens, but I would not get enough to make it worthwhile, and I can still use my gimmick filter.

Here are a couple of images that I made with the 18-55mm lens. This list could almost be a clone of the list that I used for the Canon Rebel XT as I rarely would use one without the other. I did try and vary the list a bit. One of my favorite sports photos ever leads off the list. In 2006 I was lucky enough to follow Grand Valley State all the way to the Division II National Title. As the team was celebrating two of the players gave me a great look. This photo will be in my portfolio for a while I would guess.