The Lafayette Christmas Parade Is Back!

After a year off due to the virus the Lafayette Christmas parade was back this year. We have always tried to make it down to the parade, and this year we were actually in it. My daughter is in Girls Scouts and we marched with the other local troops. It was a new way to see the parade for sure. Before we watched the early entries go by our location. Of course the highlight of that time was the singing port a johns. I never thought that I would lead a post off with toilets, but it is 2021 and here we are.

Win A Title, Get A Ride In The Parade

While we were waiting to start our walk the Central Catholic volleyball team came by on a firetruck. Since I was a kid I have always liked this tradition. The light was also perfect for photos so I really lucked out that we walked over to see some of the entries. Being so close to the title this had to be amazing for these athletes. McCutheon volleyball was also in the parade, but I was walking when they were out there. Luck helped me make this photo.

Bring On The Christmas Photos

From here until Christmas this blog will turn into mostly a Christmas blog. Unless something of note happens other than Christmas get ready. Hopefully tomorrow this blog will have photos of another Christmas tradition that took a year off. Below are a few bonus photos that I liked from the night. 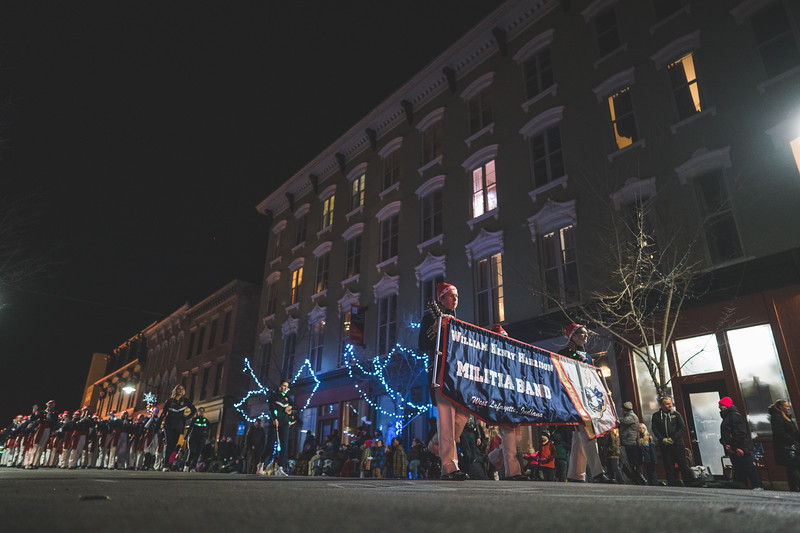