Back At Loeb Stadium

Tuesday night I was back at Loeb Stadium again. This was my second soccer match at a place where I normally photograph baseball. There are some photos to be made here for sure. One thing that I know for sure though is that both times that I have tried to photograph soccer at Loeb the game has been called. This one will be made up next Tuesday. What do you think the chances are that it rains?

Trying Some Things Out

I went to the game to try out both of my lens converters. With the light fading quicker everyday I will need to get my old Canon 400mm lens out more. Both converters seem a little slow so I spent some time on Tuesday and updated the firmware on both of the. Because of the rain I never got to try the Metabones converter out, but the Sigma still seemed a little slow. In a sport like baseball or football I can use my reactions to overcome that flaw. In soccer I need every advantage that I can get. The plan was to have the Sony 400mm lens by now, but of course with the past year being what it was that is not an option. For a lens that is a quarter century old the Canon still is an amazing piece of glass. 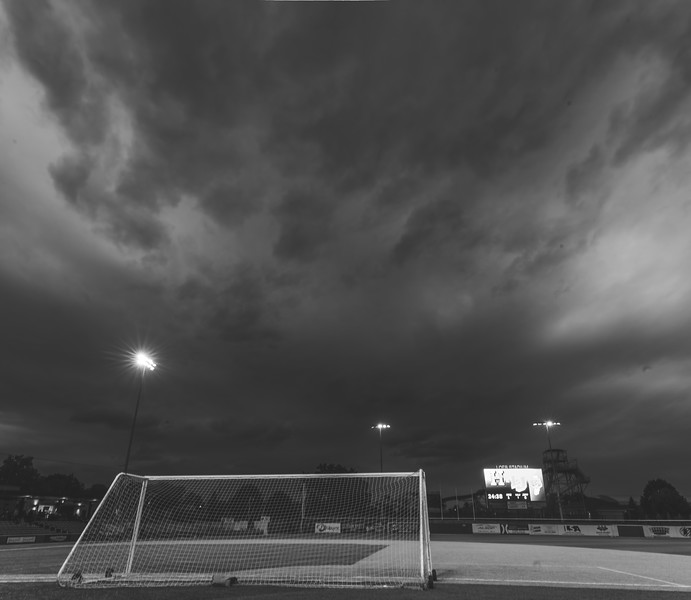 I had some fun during the brief delay before the game was called making some storm photos. This is actually a three image vertirama that allowed me to get more of the awesome sky in the frame. I would have liked a lightning bolt running through the frame, but for everyone’s safety it is probably best that the lightning didn’t happen.

At one point just before the action was stopped I started making wider images. The sky was nice, and I thought that I could do some interesting stuff. The last time I was at the stadium the weather didn’t let me finish my plan. As the light evened out more I was going to incorporate the stadium more into my photos. Of course yet again that happened on Tuesday. 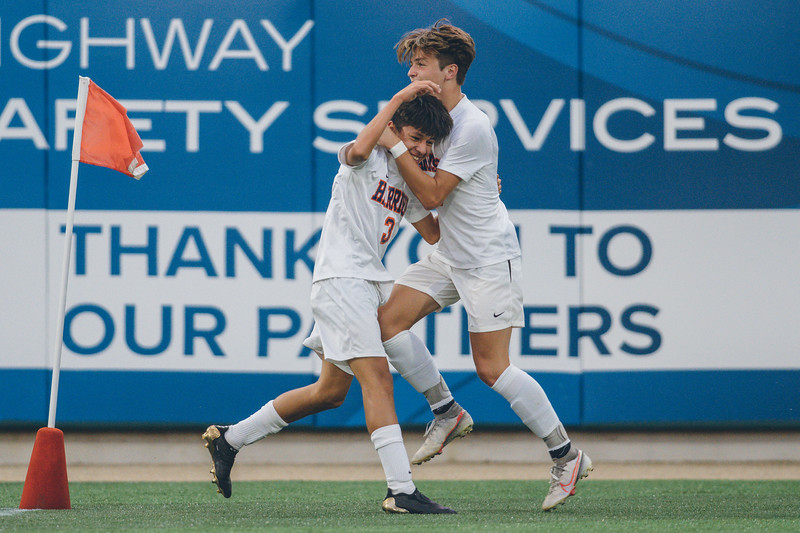 Here is a link to my gallery that I put out yesterday. This week is shaping up to be a busy soccer week as I have Kansas State and Colorado soccer to photograph this weekend. My week in photos post will have a lot of soccer in it later in the week. I would like to try and squeeze some Friday night lights into the week, but I still have not decided where I will head.