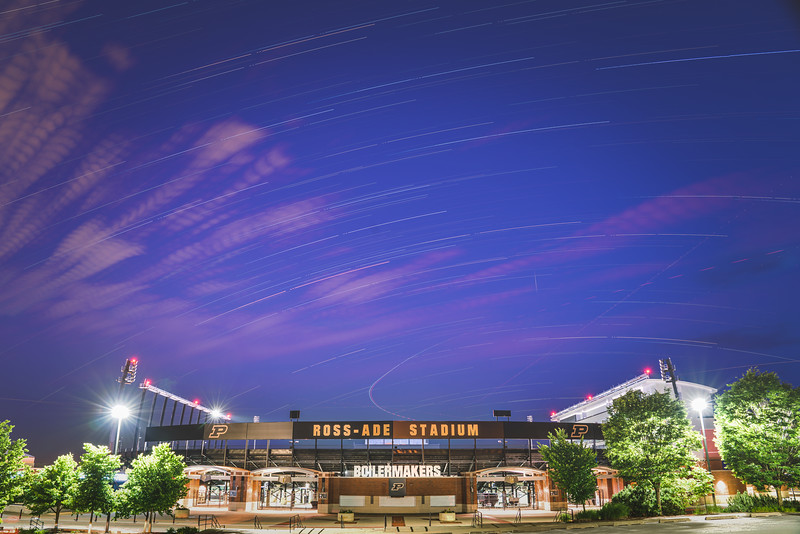 Last night I was walking campus making photos like I have been a couple of nights a week. The sky was not the best, and I was thinking about heading home for the night. I went up to the top of a campus parking garage with a view of Ross Ade Stadium. I wanted to see what things looked like from up there. The sun had just set, and the stadium looked pretty good. I saw that they had the ribbon board on again for Morgan Burke. I drove to the stadium to make a photo of it. I had no intention of making star trail photos, but once I was there I just never left. This is not the normal star trail photo. I left some random lights in that I normally would take out. The trail leaving the stadium is one of them. For some reason I thought that a light leaving Purdue seemed appropriate right now.

This was way too hard of a photo to get. I had to hang my tripod on the fence to steady it to make the photo. Right now Ross Ade has so much going on that the normal views into the stadium are not happening. I found a small window to make this photo. It is not quite what I had in mind, but it shows a bit of the honor that the school is giving him. 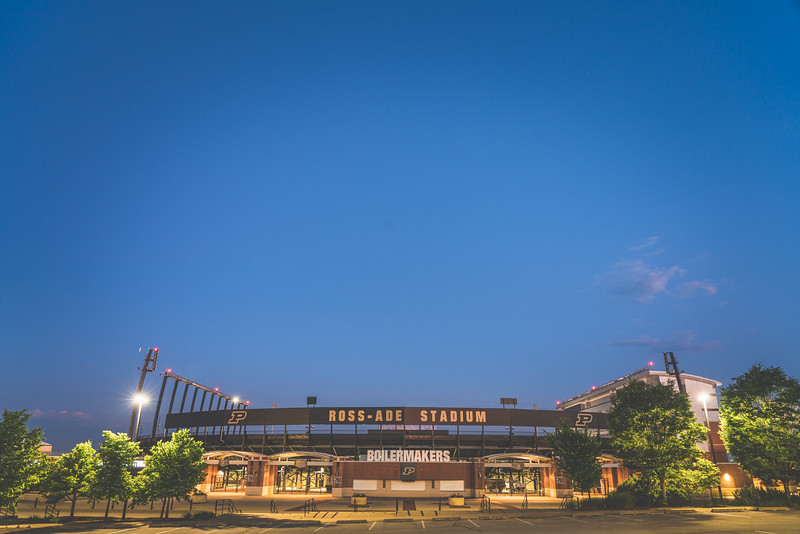 This was my original idea when I went to the stadium. I was thinking about a blue hour photo with a slight glow to the stadium from the ribbon board. As I said above I wasn’t going to stay long. When I saw the first star pop up though during blue hour I knew that I would stay and try something. I like how this photo turned out. The stadium looks good here. It will look good with a crowd and the sounds of game day. When I pulled up to the stadium to make photos I had my phone on random. As I was making my first images “When Worlds Collide” started playing. Random knew where I was, and that I loved the old music that they played just before kickoff. Man I am ready for football to get here.

One Reply to “Lights For Morgan”