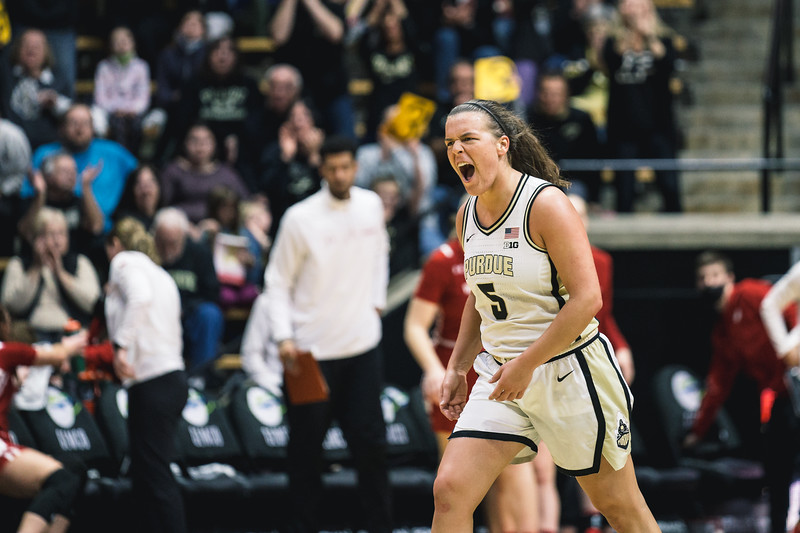 Purdue Loses A Close One On Senior Day

Purdue lost a heartbreaker Sunday afternoon to Wisconsin in a game that really got exciting towards the end. There were a decent amount of fans in the stands for the game. When Purdue came storming back in the second half they started to get into the game. You could tell how the crowd made a difference. There has to be a way to get a crowed back into Mackey more often for the women’s games. I really think that it would only help the team. Cass Hardin is a pretty even keel player. To see her this excited shows you just how great that second half of the game was. 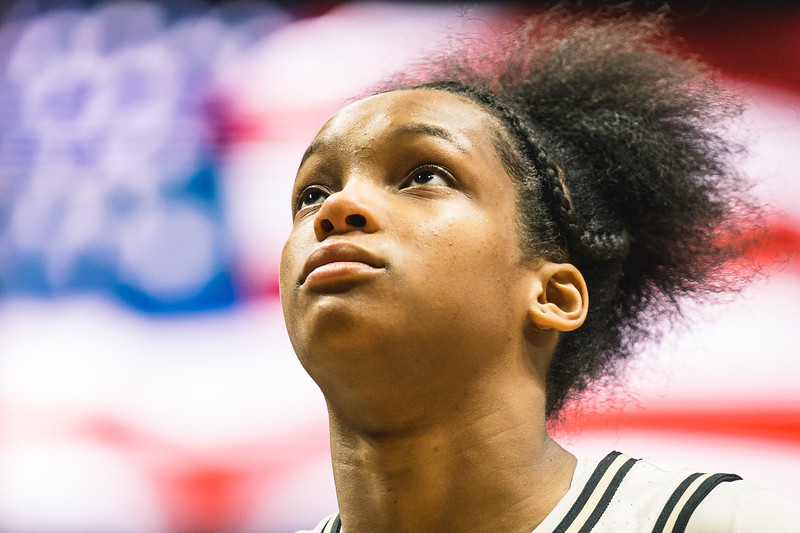 During the Big Ten swim meet I had some fun with the flag over the course of those days. I had one idea earlier this season for the women’s team, but I never saw it through. On Sunday I made sure that I checked it off of my list. It was one last photo idea that I had in Mackey, and it felt good to clean that slate. When baseball and softball come up north I hope that with their new huge video boards that I can really have some fun with this idea. 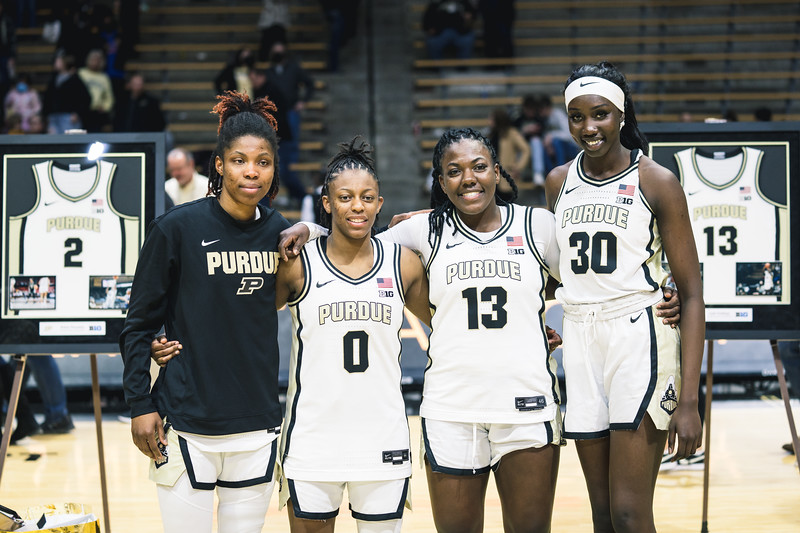 This year has felt like a senior year for me as well. A lot of the athletes that I have covered up close are leaving school. This women’s team was one that I covered a lot for a couple of years. In the 2019-2020 season I covered nearly every home game for Purdue. Even though I don’t do any work for them anymore I wanted to come back and see a couple of the seniors off. This will be the first year in a while that I will not photograph at least one game in Indy for the team. I hope that they have a nice long run though, and I will be watching from home and cheering them on.

For some reason I had an all access pass this year. I never worked for the team so maybe it was an accident. I decided to have some fun and make some photos of the team up close and personal as they were introduced. Of course one of the players made the best photo with her imaginary camera.  Next time I will make a better photo though I am sure. 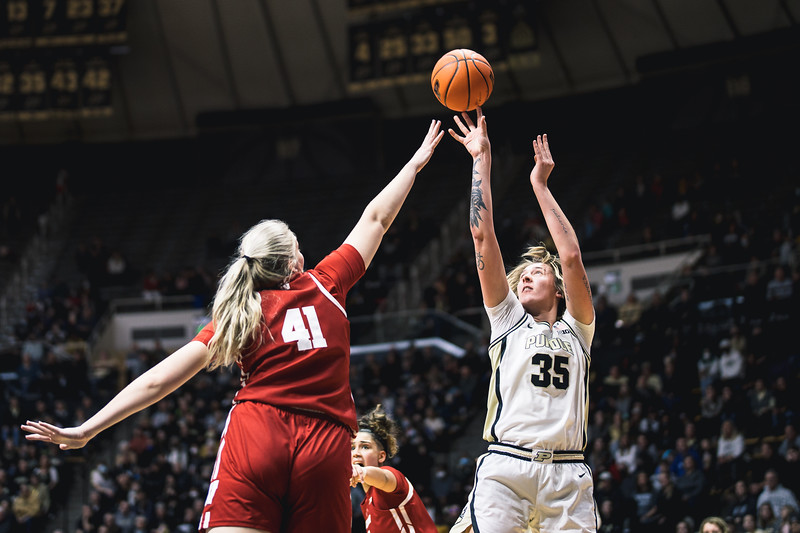 Rickie Woltman did not start the game because it was senior day, but she came in and made an immediate difference. It was really fun watching her grow more confident this season. Part of the fun of covering athletics at this level is seeing that switch flip. I think that we are seeing it here. 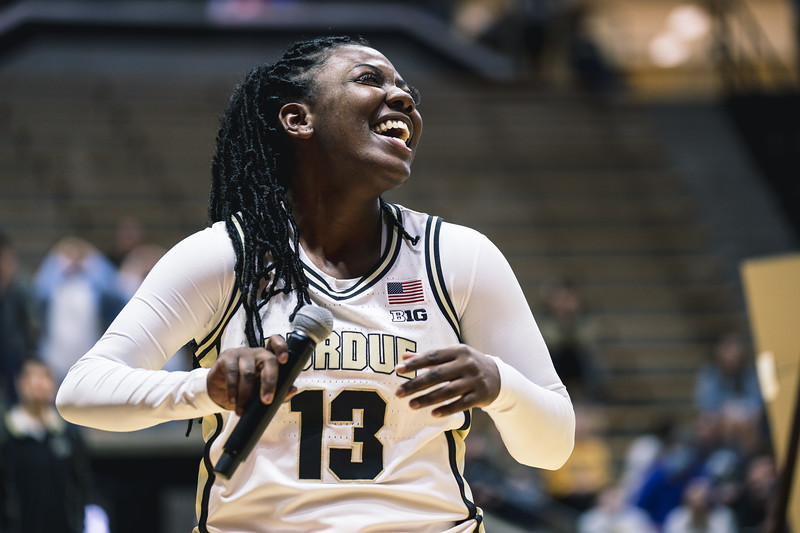 After the game I knew that I wanted to share some of the photos. It was a fun game after all. This post was part of a long backlog of posts on the site so I put together a quick gallery to share. You can find that gallery here. By the time that this post goes live I will probably have written my best of post for this team that will go live in a few days. I really feel like this was the beginning of something good. Better days are ahead, and Katie will get it done. It was cool to have a small part in that first season.