My First College Basketball Game Of 2021

Yesterday was my first college basketball game of 2021. My first basketball game in almost three months.  It is hard to believe that it has taken me this long to get back into Mackey. That is the nature of the times we are living in though. I never want my access to cost someone their spot. This is a great game though and I knew that I wanted to be a part of it.

The Joy Of Victory

This was the ninth straight time that Purdue has beaten Indiana. I loved this moment as the final horn sounded. You can see how much this game means to the players. It is always nice to beat your rival. This seemed all too easy though. 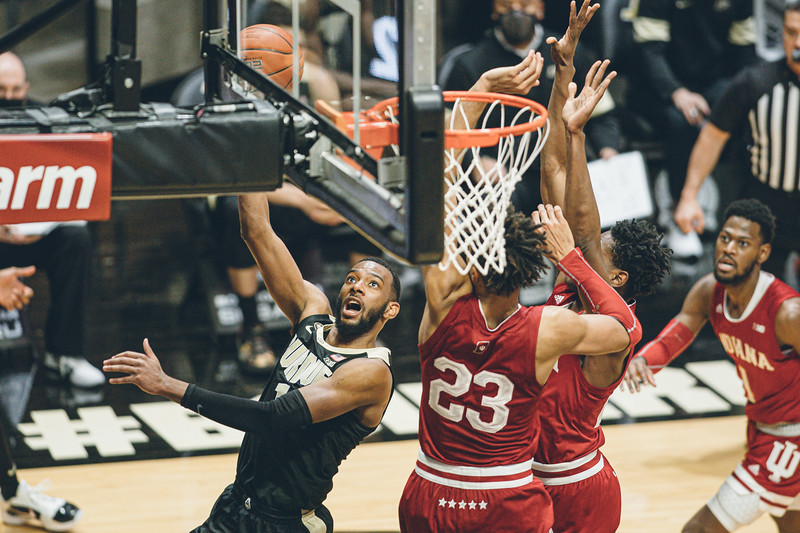 Getting In Basketball Shape

I found that I was a little slow during the game. I am not apparently in full basketball shape at this point of the year. In the past I would be all primed up. Only making photos at two games though will do that to you. The vantage point is an interesting one. The photos do not always work, but when they do you have something interesting.

I photographed most of the game from my old seat in the upper deck. When I moved back from Iowa in 2005 I bought season tickets for the 2005-2006 season. It was the first of many from this spot. I saw a lot of great games with this vantage point. I couldn’t help but think that I had much better gear now sitting in that spot. We also didn’t have a couple of extra people crammed into our row.

With eight minutes to go in the first half I went over to Ross Ade to get a look at the watch party over there. It was great that these kids were able to witness the game sort of together. Mackey is just not the same without the fans and the Paint Crew is a huge part of that. I cannot wait until we can all experience a game in Mackey together again. 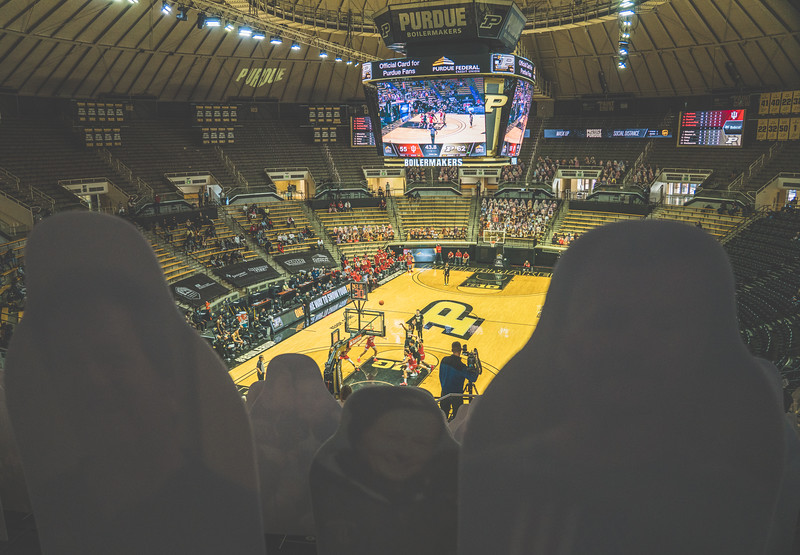 Basketball During The Virus

Basketball has a different look and feel during the virus. Last year at this game I was up in the stands with the fans for part of the game. This year I was again except they were cardboard cutouts. These are strange times that we are living in.

A Look Back At Last Year

Here is a link to my blog post from the game a year ago today. It was my last game for a long time. When I leave Mackey every year I would take time to soak it all in. You never know when it will all end. Last year at this time I wrote about doing that same thing. I was told by many people that I would be back on the court for sure. Of course we all know how that turned out. Working freelance is great until times like these. It really was humbling to realize that all at once you were not needed. This year it felt different leaving Mackey. I was back in the stands in my old seat. Who knows what will happen in between now and next basketball season?

Here are a few bonus photos from the game. 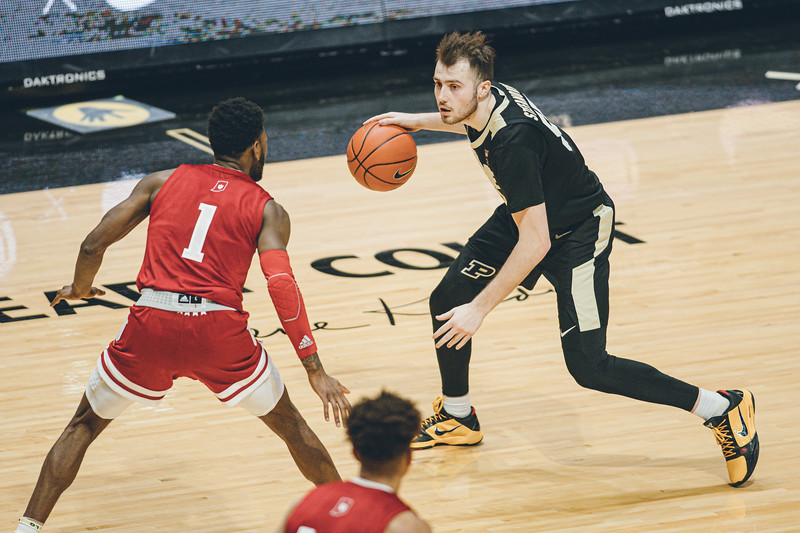 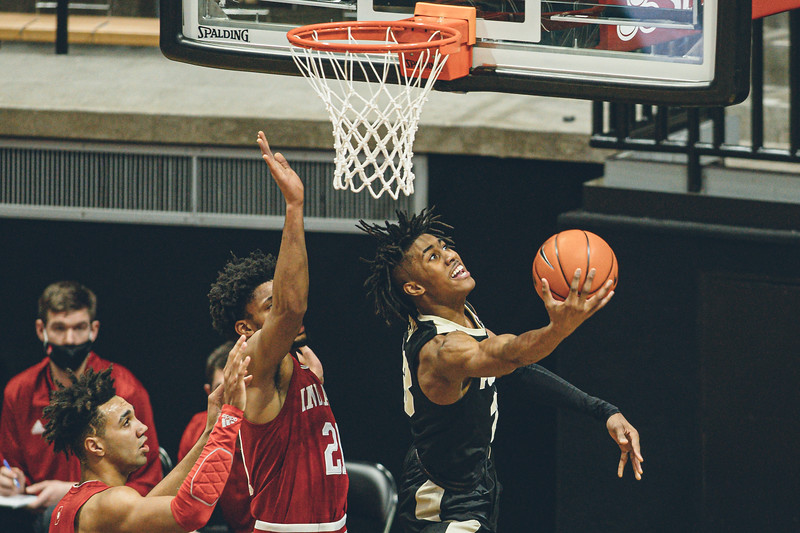 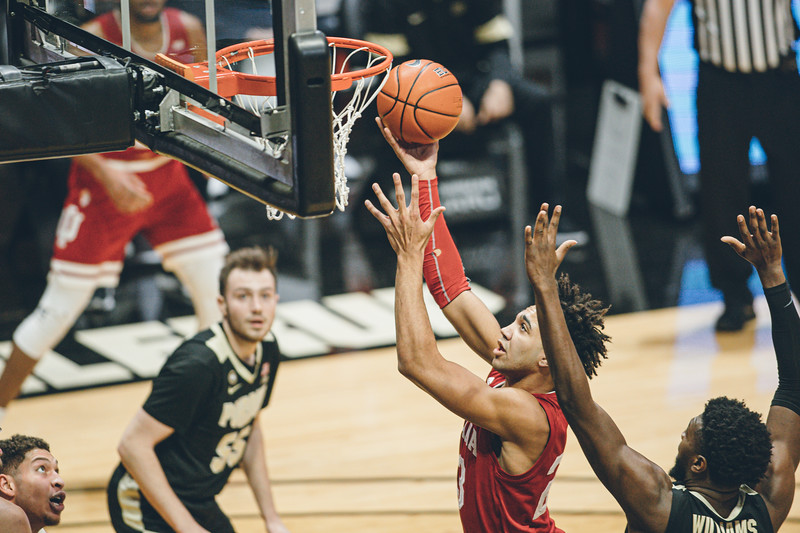 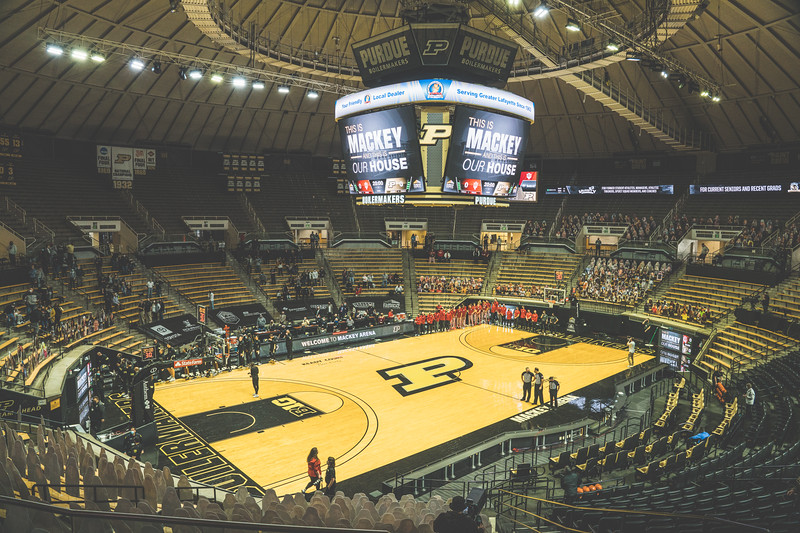