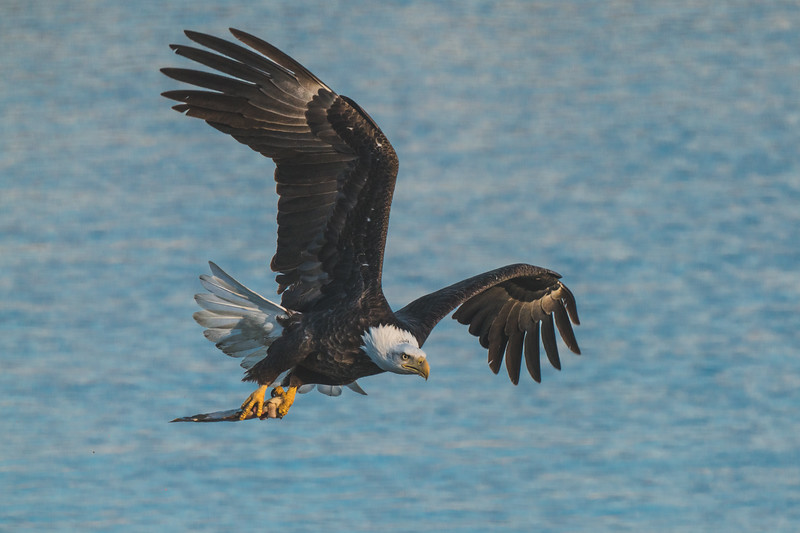 Last night I had a hunch that the eagles would be back down on the Wabash. The ice had thawed and in that ice are usually the fish that didn’t make it through the cold spell. Eagles will be eagles and they will feast on those floating fish. My hunch was right and there were many eagles out and about collecting the fish for their dinner. I made the photo above just after I switched positions. This eagle grabbed a fish and flew in a perfect position for me to capture it. 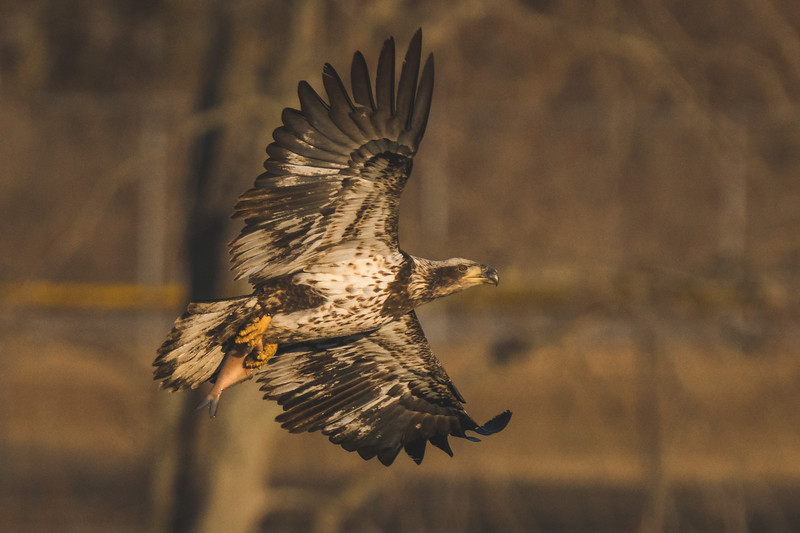 When I showed up to the river I realized that in order to have the light at my back I would be sacrificing any fishing photos. The wind was blowing the wrong way. I chose to have the light and just make flying photos. That was fun for a while, but then I decided to risk a little and move to try and make some fishing photos. The odds would not be good as the brush only gave me a narrow window, but it was worth it. I was quickly rewarded with two of my favorite photos of the day. In photography you have to take risks to make a good photo. 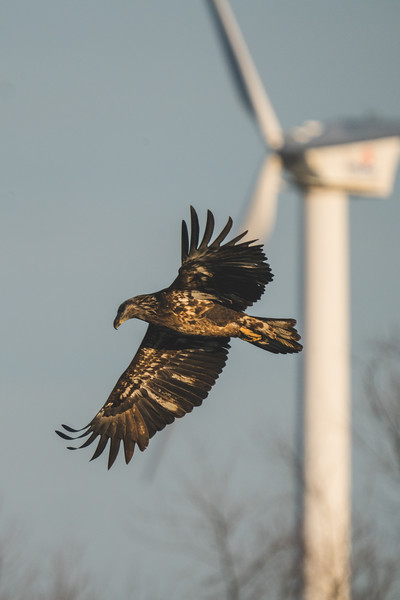 I know that in wildlife photography most do not want to show anything man made in the photos. I am one of the exceptions I guess. I like to put a little local scenery in the photos. Here the City Bus windmill lets you know right away where this photo was made if you are from the area. I have had another idea for years that has not materialized just yet. If it does you will see it on this blog for sure. 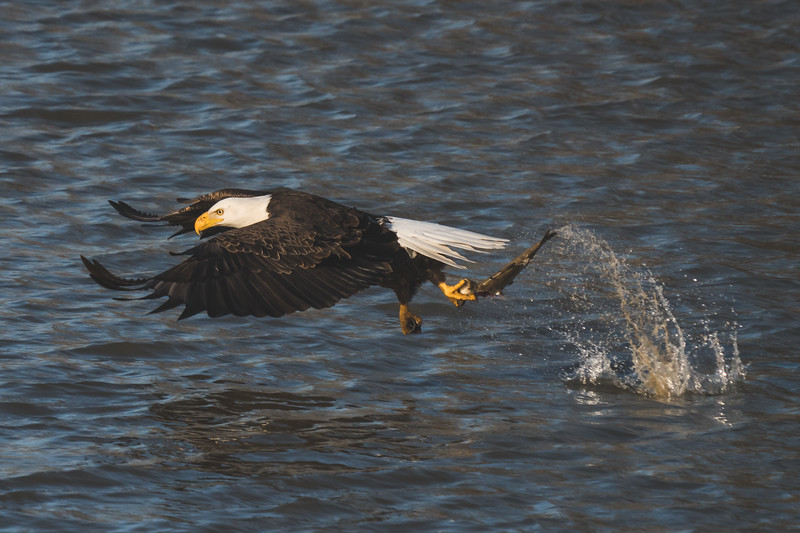 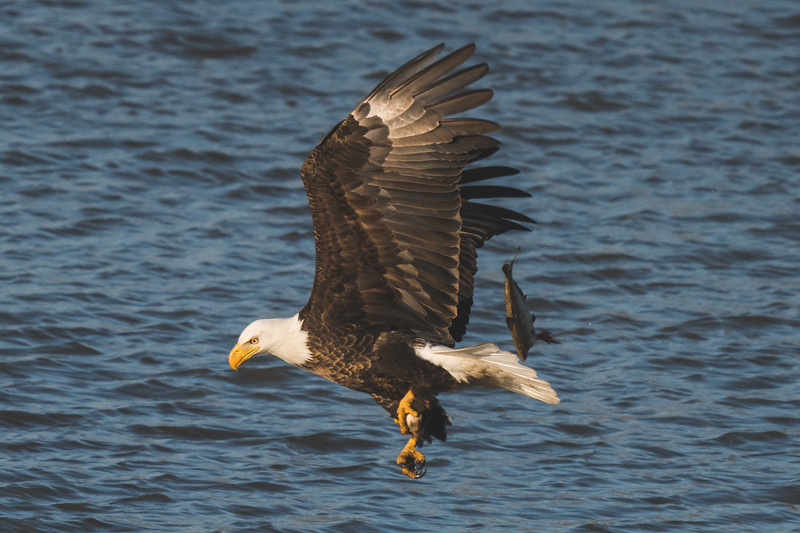 Here I lucked out in my original location in getting a catch. The photos of the grab also show you just how dead these fish are. You can see in the initial photo that the body is starting to come off of the fish. In the second photo you can see the fish head in the talon and the rest of the body flying back into the river. Of course it didn’t stay there long.

When the eagles came close to me I could have backed off a bit and fit them in the frame. I chose to get in tighter though for a little different photo. I love to capture the details of these amazing birds. They don’t hang out here in great numbers often so I always want to make as many different kinds of photos that I can when they are here. 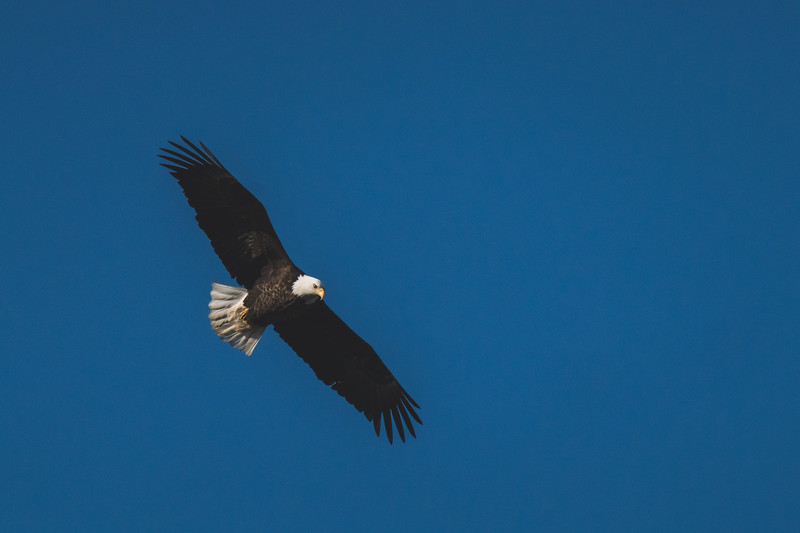 When you have a beautiful late day blue sky you have to show it off a little. When the birds were a little further away I concentrated on making some photos with the birds a little smaller in the frame. I love how these look, and it is fun to wait for the bird to turn the way that you need it to for the photo.

I only spent a couple of hours down by the water, but the wildlife was pretty amazing. In a couple of days I will show more eagle photos as well as some other birds who crashed the party.

5 Replies to “Grabbing Some Dinner”