Last night I drove down to Harrison to make photos of the annual rivalry game between Harrison and West Lafayette. This was my first time making any kind of sports photos since the Purdue men’s basketball senior day in March. A week used to be a big draught for me. Six months was crazy. It was amazing getting back out there, and the rust wasn’t as bad as I thought it might be. 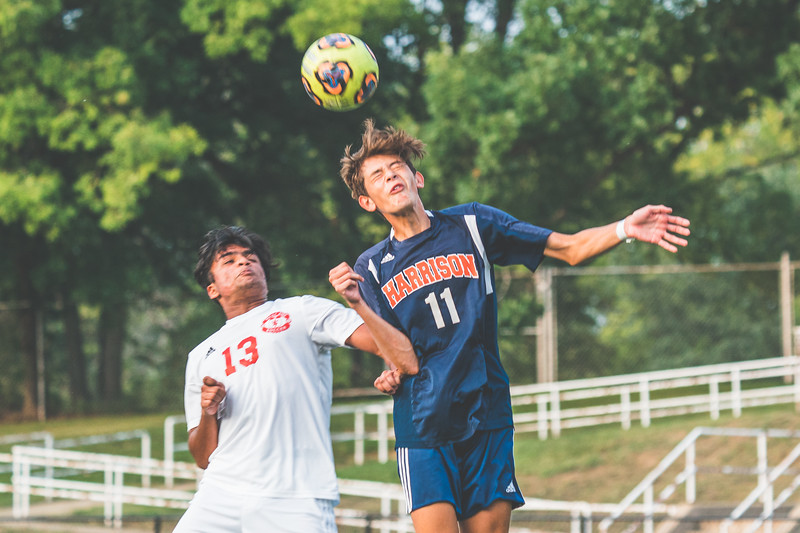 Warming Up With JV

I will admit that I had a little rust right at the beginning yesterday. Luckily I had about 20 minutes of the JV game to knock that rust off. For the first few minutes it was warm up, and then it was such a good match that I switched to just capturing moments after that. Early on I was chimping my screen way too much. I wanted a little reenforcement though as to how I was doing. That little bit of chimping helped give me a little confidence.

This is a lens that I have wanted to try on sports for a long time now. My copy arrived after the soccer season was over last fall. I only had one football game left, but that Purdue game was way too overcast for me to use it. Almost ten months later I was finally able to give it a go. I don’t know that I will give a full review here, but I will say that it works very well for soccer. You can zoom out to 200mm when the action is close, and you have 600mm of course when you need it. I really think that this lens has some possibilities at sporting events. I need to try it out some more.

The 200-600mm lens was a great lens to start out with. I could make my photos a little looser to give me some more room for error. Of course the light started to fade so I needed to switch to my f/2.8 lens to keep my shutter speed up. I didn’t know how well I would be able to track action with it after not using it since November. I was pleasantly surprised that it came back really fast. I made the photo above early on, and I loved how the background looked. It was nice getting the big glass out again. You really cannot beat the look of the bokeh with a f/2.8 lens.

For a few years now I have wanted to make a good photo of my friend Bryan Clouse coaching. At the soccer field though my options are limited. At the football field I could use long glass to make a photo of him with his team. A little blue hour sky in the background really helped me make my favorite image of him. He is the reason why I was at the game so I wanted to make something special last night. I was happy to accomplish my goal.

I love to photograph the moments between the moments. That is the one spot where I still felt rusty all night. I was so into capturing action that I wasn’t paying attention to the little moments as much as I should have been.

Thoughts On The Night

Lately I have not had much to say on this blog. In fact I have just posted photos on some occasions. You can probably tell just how much fun I had last night by the amount of words on this blog. Being on that field was like getting a shot of adrenaline. It was good to have that feeling again. I really love doing this. I think it is that love that drives me to get better and better at it. I feel that I have some talent making sports photos and I would love to keep doing it. If you want to hire me to cover your sports team send me an email or contact me through this blog. I would love to help make your big game even bigger. 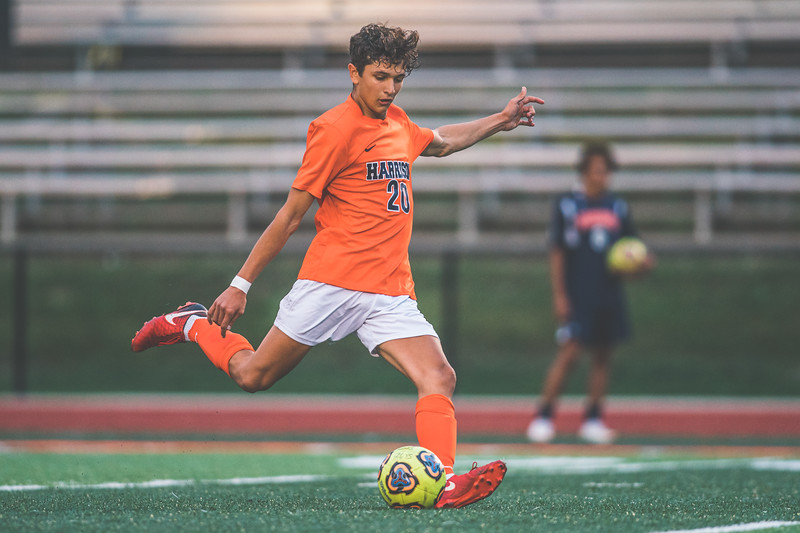 I had a pretty good day yesterday. I was due for a win. I found out that I would be making photos just after lunch. From there I was able to listen/watch the White Sox clinch a playoff berth. If you know me at all then you know that I am a huge White Sox fan, and it was great to see them back in the playoffs. I was there in 2008 when they played their way into the playoffs. I was at both games 162 and 163 and at the time I hoped it was something that would be common. I learned that you have to embrace the moment. This is a special team with a very bright future it will be fun watching them mature. The scary thing is that this team hasn’t reached its ceiling yet! After the Sox win I then made dinner by calling my friends at EMT food truck. The of course the soccer match. It was great being on the field again, and I loved having that feeling after the game. I can never get to sleep right away. The adrenaline rush is something that you can’t find anywhere else.