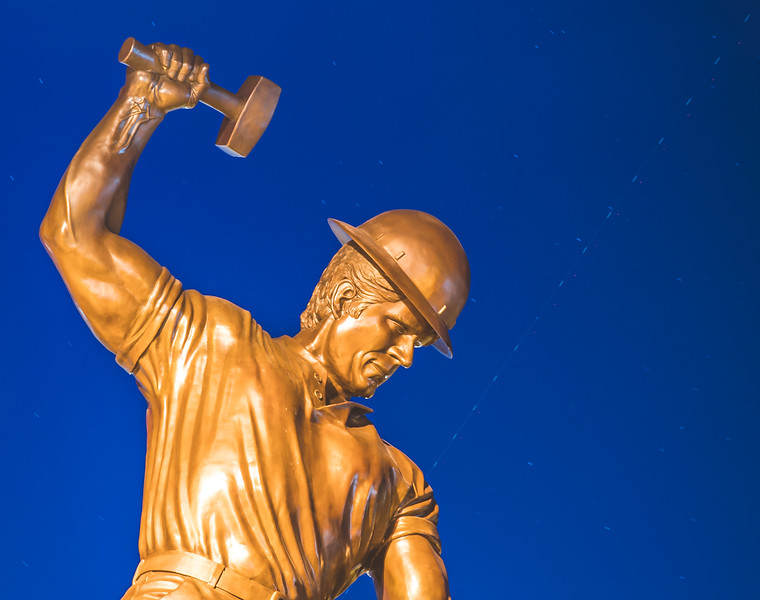 The Boilermaker Statue Getting Photobombed

Sunday night while setting up my camera I made a few test photos. I wanted to see how things looked in the viewfinder. I made two 30 second exposures, and when I got home I realized my luck that I had been photobombed in that time. I am not 100% sure, but at the time when I saw the way the trail looked I assumed it was the star link satellites going by. If I had seen this at the time I could have pulled it up on my app, but seeing it a couple of hours later who knows? The angle that they moved up tells me it wasn’t a plane or anything like that.

While making my star trail photos for almost an hour and a half later on I was watching the sky and watching what was up there on my apps. I have a couple of apps that help show me what is up there. Lately I have been leaning on Night Sky. It shows me everything including old rocket cores that are still up there. As I said yesterday the objects in the sky have seemed brighter lately. I think it may be because we have slowed down a bit. A little less pollution goes a long way when looking up at the night sky. As things ramp back up I know that my time to make star photos is coming to an end so I have been ramping up my night time photography.