I really enjoy making tennis photos. I really don’t get many chances to do so, but it is a game full of action and emotion. When I saw the Xavier was coming to town I knew that I would have a good time. The last time that I was photographing tennis was the Horizon League Tournament in the exact same venue. This wasn’t as emotional as those matches were, but it was still a good time. 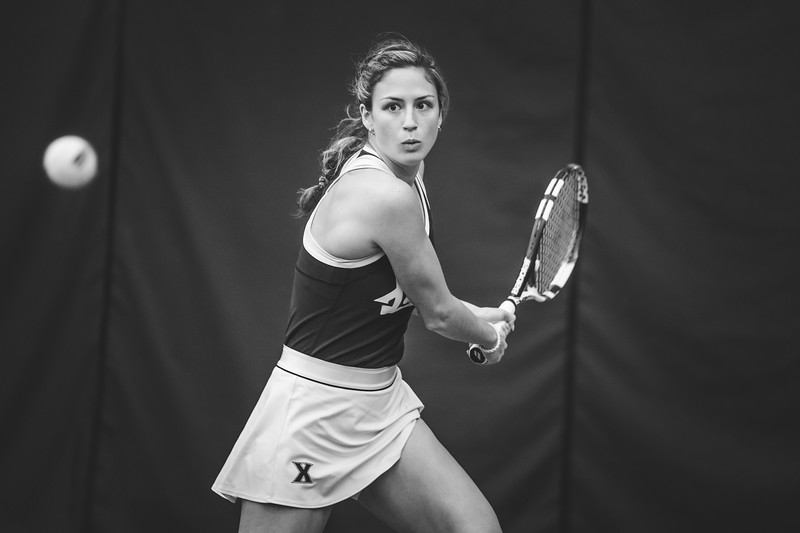 Tracking For The Win

For most sports I don’t use the tracking feature on my camera. I know that it is good, but I want to be in control of what is in focus. Tennis is a sport though where I won’t have other players running in front of me so tracking is a great option. The tracking on the Sony A9ii is amazing. It locks on the player and allows me to even recompose during the photo. You could move the autofocus, but in a sport where you don’t know where the action will be tracking is a great way to make more dynamic photos. I really like this feature.

At some point during a tennis match you have made all of the photos that you are going to make. I decided to try and get a little creative. I kept slowing my shutter speed down until I was making something interesting. I saw a couple of the players that had a motion that might work for this earlier in the day. Putting motion into the photo is a great way to break up the gallery as well as make the final moments fun as a photographer.