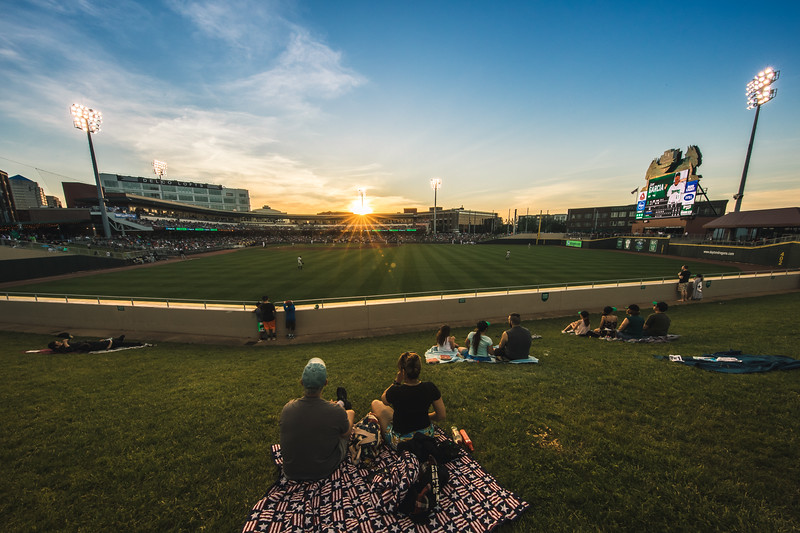 A Fun Night In Dayton, Ohio

On the eve of the Big East Tournament I found myself with some free time in Ohio. I had a couple of choices of places to go, but I chose Fifth Third Field in Dayton, Ohio for a couple of reasons. The first is that I have already been to both parks in Columbus and Cincinnati that were also having games. The main reason though is that I wanted to see this park. They have a great history of drawing fans so it would be fun to see what that is all about. It is a great park, and the people there could not have been nicer. I was treated like a star from the parking attendant all the way in and around the park. I don’t need or deserve the star treatment, but that is how they treat everyone. If you have the time and are in the area give this park a try. 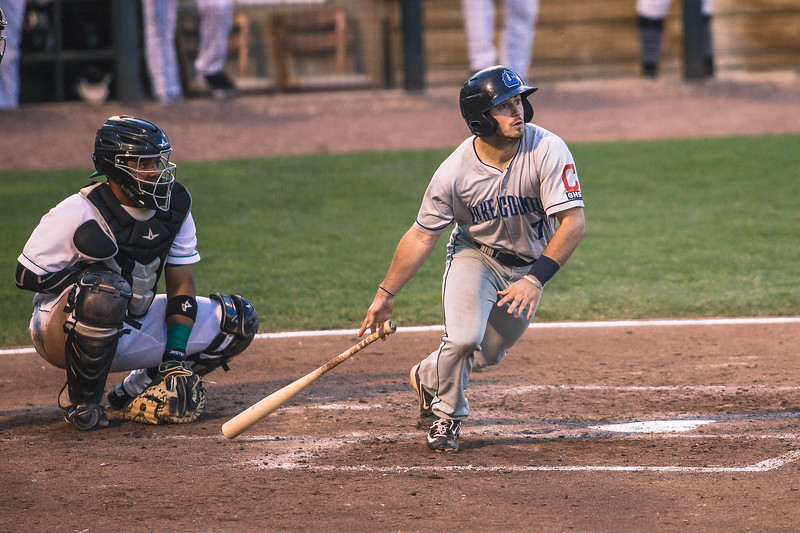 I must admit that I did very little prep before photographing this game. I usually scan the rosters to see if there is anyone that I know. I did not do that this time. Imagine my surprise when I looked up at the starting lineups and saw the name Friis on the board for Lake County. I had a pretty good idea of just who that was, but I wanted to double check to make sure. Sure enough it was Tyler Friis who I photographed at Indiana State. It is great to see a familiar face on the road, and it is even better to see some trees playing professionally. 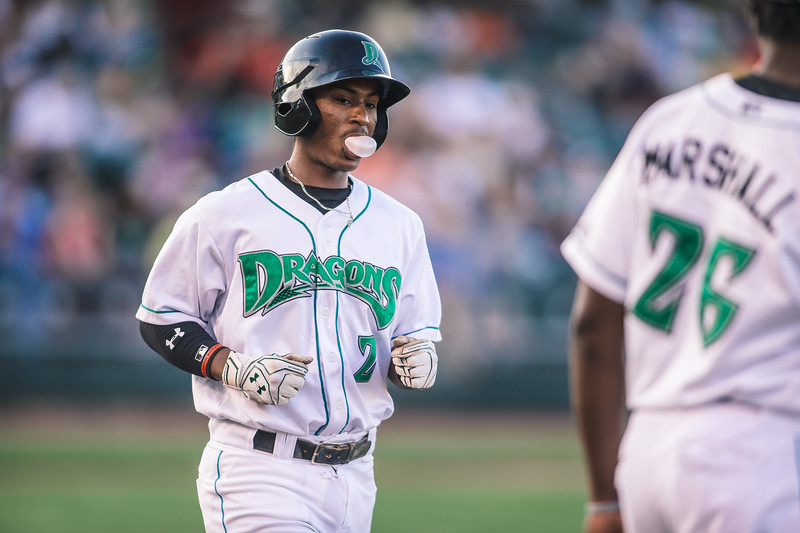 Fun At The Ballgame

If you follow my baseball photography then you know that I love to capture players and bubble gum. I will burn a couple of innings waiting for just the right bubble at just the right time. It is just something different that I don’t normally get to capture. Jeter Downs was on a bubble blowing spree while up at the plate, and I was glad that he gave me one last bubble before touching first base. I am no Yankees fan, but you have to appreciate a family that names their kid Jeter. Even more impressive is the fact that he is playing pro ball. 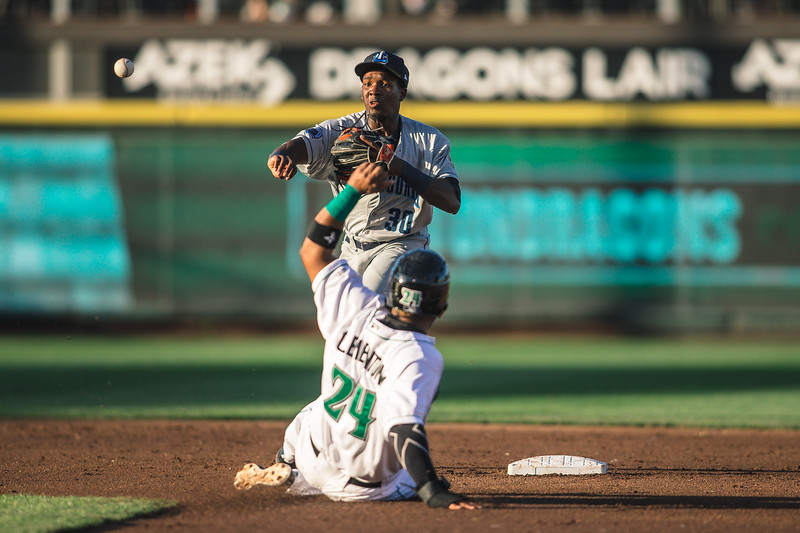 As the game started there was some beautiful light on most of the field. As the game moved on the light did as well. At these times you hope that you can capture something interesting in the good light while it is still there. Here with a runner on first and the light in my favor I moved a few steps over hoping for a double play. I wanted some of the Dragons signage in the photo as well for a sense of place. Luck was on my side here as the double play ball was hit. 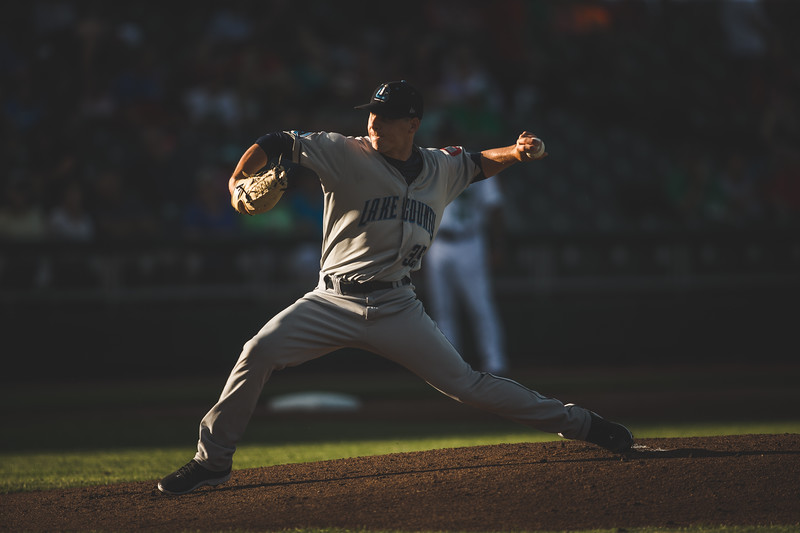 This game happened two days ago. At best this blog is usually a day behind. At times like this I will end up a few days behind just to be able to get it all in. This is more of a journal than a breaking news site. With that in mind by the time this post goes live I will have already shot one day of the Big East Tournament. I plan on writing posts for each day with a break in the posts on Memorial Day. With that schedule in mind the post for the Sunday finale of this tournament will go live on Wednesday. When I am on the road though that makes it easier for me to keep content flowing without making the blog the priority. I can explore a little as well. 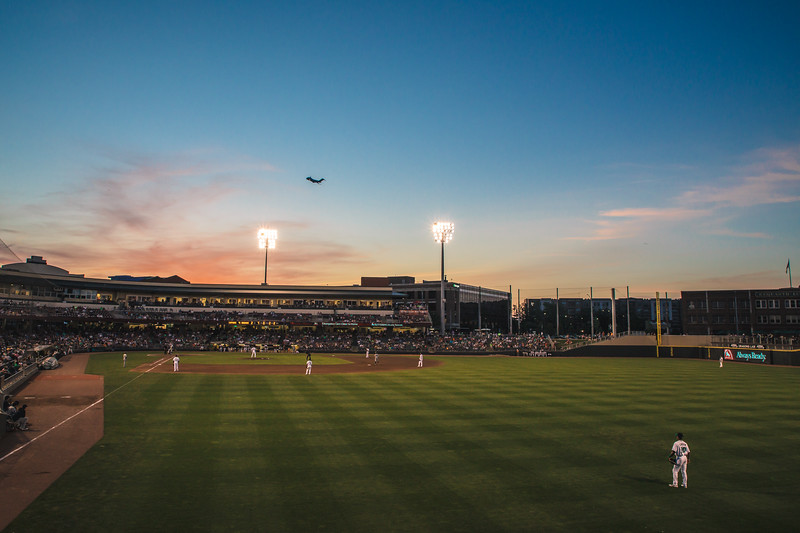 As the sun was setting I thought that it just doesn’t get any better than this. Then a military jet came by the stadium for a fly over. When you visit a new park you hope for something that you don’t normally get to see. This fit that bill for sure. The plane made a few flights over the stadium during the game, but this one came at the perfect time. One of the things that I am most proud of in my sports photography is my stadium shots. It is a way to combine sports and landscape photography. These are two of my favorite things. This trip to Fifth Third Field provided me with a few shots for my stadium gallery.