Yesterday I had the good fortune to photograph the Bernie Sanders rally here in West Lafayette. If you have read this blog for very long then you know that the Presidency is something that I am fascinated with. I love the idea of how people get to the highest office in the country. With both parties still to decide a candidate at this point, Indiana is suddenly very important. We don’t normally factor into the Presidential race at all so it is nice to have a say. I make it a point not to get political on this blog. I will say that any candidate that comes to Lafayette and gives me access will get time on this blog. I love photographing emotion, and at a rally you get plenty of it. The supporters are there for a reason, and that is to give their all for the candidate. The Bernie supporters did not disappoint. 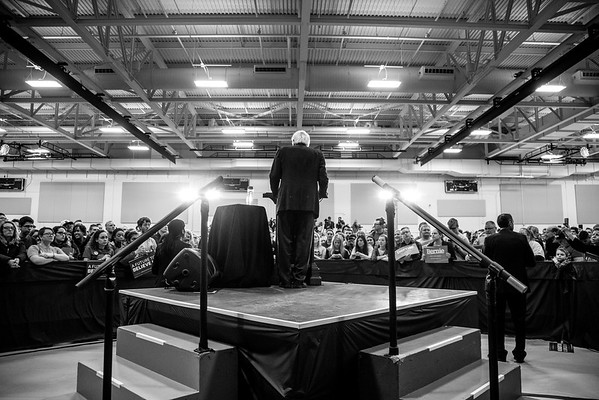 Getting Into the Event

As I made my way to the venue yesterday I was wondering what kind of gauntlet I would have to go through to get in. In fact at one point I was going to leave my camera bag in the car to make it a little easier. As it turns out the security crew was very quick but thorough, and I was on my way in no time. I wish that some venues that I have shot at this year would take notes from this crew.

When I walked into the venue yesterday the first thing that I noticed was the large state flag behind the podium where Bernie would stand. While I love my state I don’t know that a dark flag is the best background. A state flag is not something that screams out national race. This was the first Indiana campaign stop for the Bernie Sanders campaign so maybe they wanted to signify it in some way. What I did notice was a nice American flag and a campaign sign on the side of the venue. Right away I made the decision to shoot from that position for most of the day. I wanted a shot of all of the phones on Bernie as he came out, but that was the last time that I was straight on from the candidate. I loved the wall of people and the signs as my background.

Getting Blocked on Purpose

Basketball season just ended. The winter months of having refs block me is finally over. Now when I can move anywhere that I want I of course sought out a position near the end where I would get blocked by signs. I wanted a classic shot of the candidate through his campaign signs. It is a high risk, low reward proposition, but at the end of the rally it is something different. I like the idea that it puts you right into the crowd. I may have to try this a bit with my baseball photos this summer to get into the perspective of the fans.

I had a great time trying to make the same scene look different over the course of a couple of hours. Here are some of my favorite shots from the day. 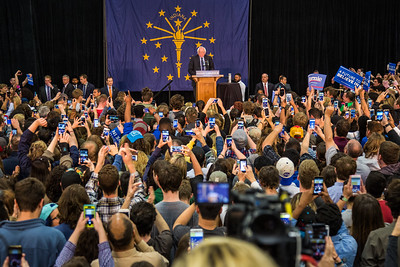 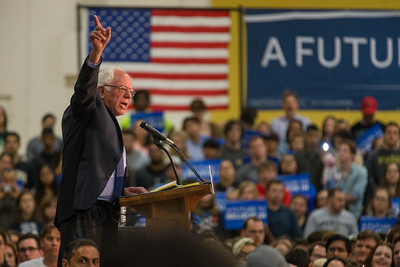 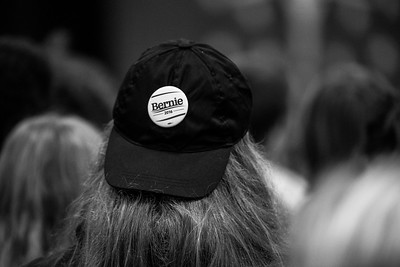 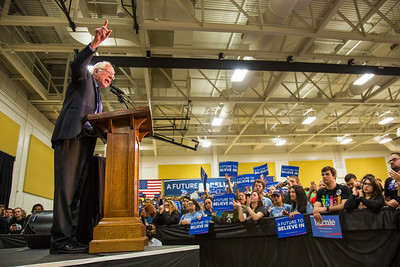 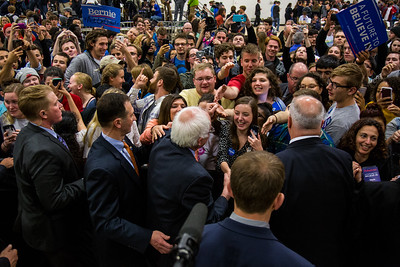 One Reply to “Bernie Sanders Comes to Purdue University”