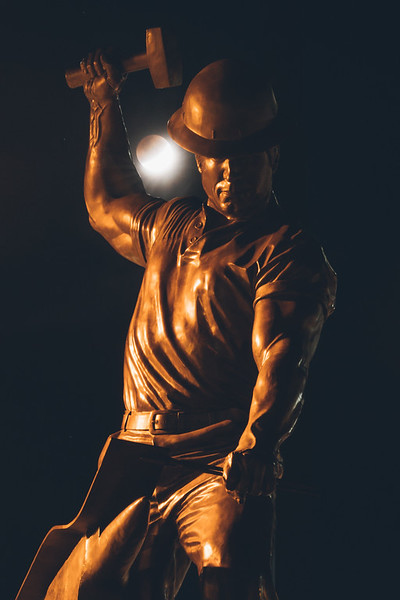 Chasing The Blood Moon On Campus

Early this morning I was out chasing the blood moon around campus. I was out early enough that I made an unscheduled stop on my way into campus to check out the Boilermaker statue. The moon was not yet fully eclipsed, but it still looked pretty cool. I made the photo above before heading into campus. This would not have worked a little while later when the eclipse was in full form so I am glad that I decided to pull over early to make this photo. It might be my favorite of the night even though I spent the next couple of hours making photos.

Making Sure To Catch The Blood Moon

The last couple of times that we have had a blood moon the clouds made it hard to plan a photo. This time the early morning position of the moon made it hard to plan a photo. I spent a lot of time over the course of the last few days coming up with a plan. Of course I used none of that plan this morning as I just went off of what I could see. This photo was made with a lens that I threw in my bag as I was walking out the door. I never planned to use it, but I wanted it just in case. For these types of nights planning really can help make a good photo. A little timing and luck can work as well.

One Reply to “The Blood Moon And The Boilermaker”