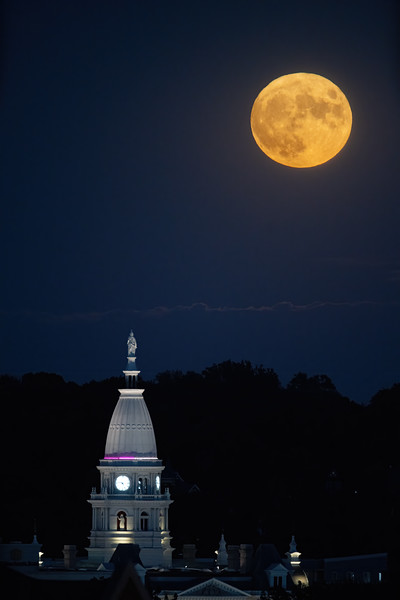 Photographing The Full Moon Over Lafayette

Last night I was in a familiar spot watching the full moon rise over Lafayette. I really had not planned going out, but seeing how this photo was going to line up I realized that I would have to get out and make the photo. Of course the clouds lower on the horizon blocked the photo that I had in mind, but the photo above was a very cool consolation prize. In fact I might like this photo a little more than the photo that was the original idea. 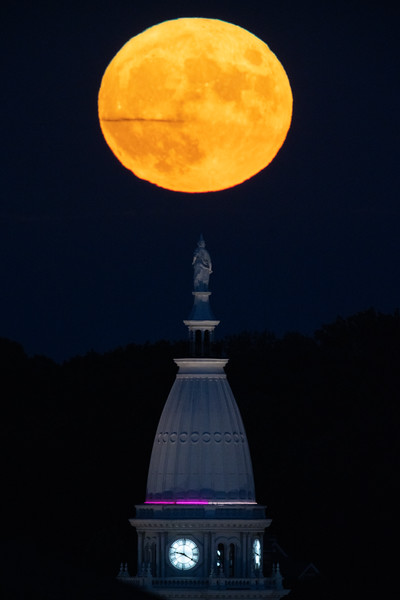 The two photos above show part of what my original idea was last night. I was in a spot where the moon would have risen right at the statue at the top of the courthouse. When I realized that I was blocked from that idea I quickly ran down a level in the garage to make these two photos. I still like these, and like I say a lot on the blog I can make the other photo that I had in mind on another day. There are thirteen full moons in a year so I will have a few chances to make this photo.