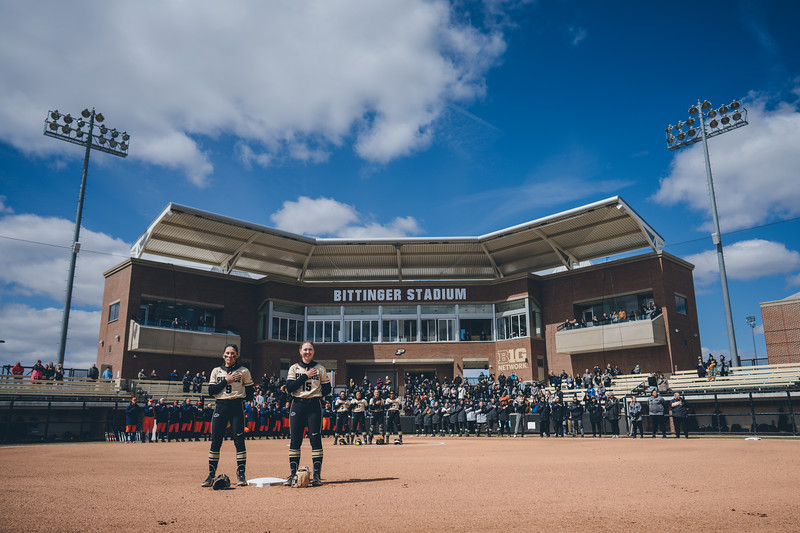 Finally Getting The Chance To See Purdue Softball Play

Sunday afternoon I was finally able to see Purdue softball this season. I had planned on being at opening night, but the game was moved up a couple of hours preventing that. When Sunrday rolled around the temperature was not looking good for playing the games. After a small delay they were able to start game one. After another delay they were allowed to finish it. Everything was perfect for photographing softball on Sunday except the temperatures. This team only has twelve home games this year so that makes every missed game hurt that much more.

Have A Day Alex!

At one point during the game I noticed the event manager coming towards the Purdue dugout. On a day like Sunday you know exactly what that means, but I hoped that he would wait out the current situation on the field because Purdue had things cooking. Alex Echazarreta was getting ready to come up to the plate with the bases loaded. She delivered with a no doubt grand slam to pull Purdue a little closer and to give Purdue a little momentum heading into the break.

Look For The Big Moments…

Softball is such a fun sport to photograph. You have the emotion on nearly every pitch going on. Here you can see just how great it can be on just a regular pitch during a game. There is emotion everywhere. 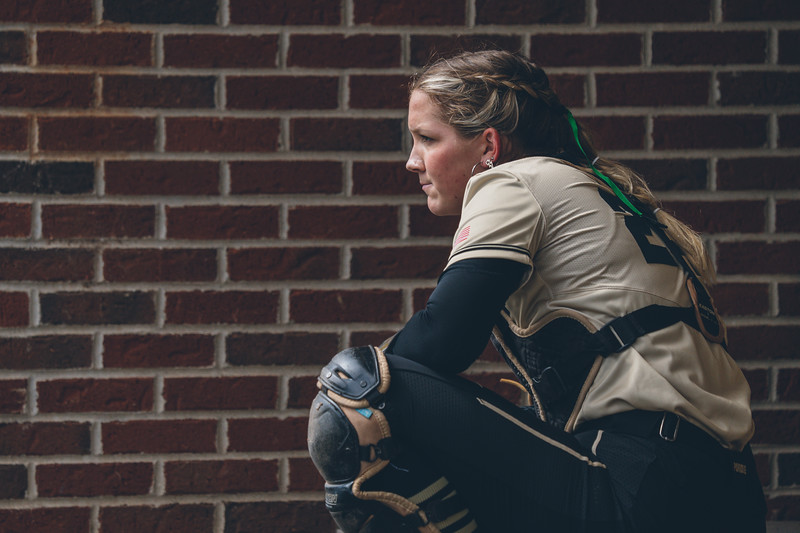 …And The Little Ones

There are also moments like these that are just little things during a game. Catcher Kaeley Hallada was strapping up her catchers gear after an at bat while keeping an eye on the action on the field. It was a little cool moment that helps change up the look of the gallery. The fun part about photographing softball and baseball is that there is always something going on if you just look around. 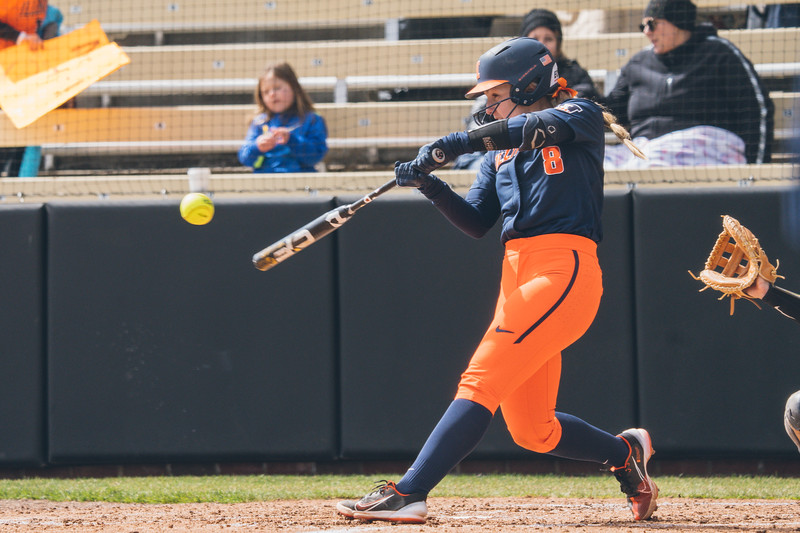 My little one is getting ready to start her softball season very soon. When I heard one of the Illinois players introduced as Delaney I perked up a bit. When we named our daughter Delaney we did so because it was not very common. Of course ever since then I have run into countless Delaney’s all over the place. When I see them on the field I always make a few photos to show my Delaney at home. With her softball season getting ready to start these hit home a little more for her.

Here is a link to my gallery from the game no Sunday. It was a weird day because I was riding with the light for most of game one knowing that I had other places that I could photograph from during game two. Of course that game never happened so I have a list of ideas to try out the next time that Purdue is in town. This was a fun game though as it marked the last Purdue team that I have not seen during this victory lap that I have been on. It is starting to hit home now that this year is winding down, and the lap is almost complete. There are still a lot of photos to be made before I am done though.