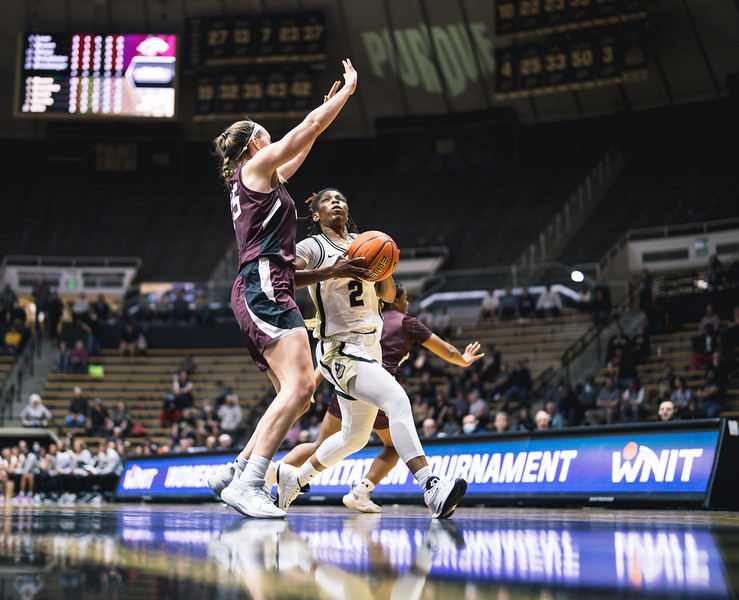 Wednesday night I was back in Mackey again to see Purdue take on Southern Illinois in the WNIT. This year has been one where I am looking for those full circle moments. This is another one of those. My first ever professional job was in Mackey making photos at the NCAA Tournament. There was no easing in for me. I went straight into a big game. If this was my last time on the floor in Mackey it was great that it was another tournament. Even better Purdue really took care of business to get an easy dub. Now they get to play at Marquette and a former player with a chance to advance. 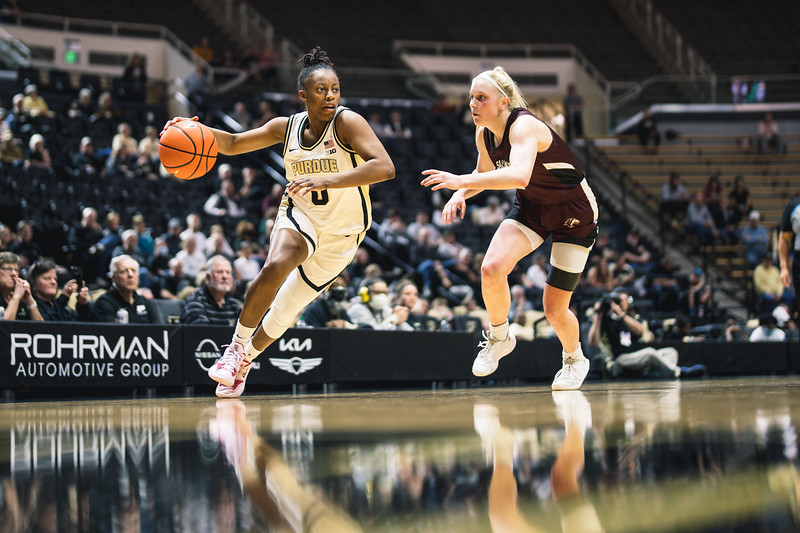 This game was won with the play of two seniors. Brooke Moore was amazing scoring 27 points in a great performance. Another senior Rokia Doumbia added a career high 13 as well. These two seniors seemed to be all over the court willing the team to win. It was great to see two seniors doing everything that they can to extend their careers. 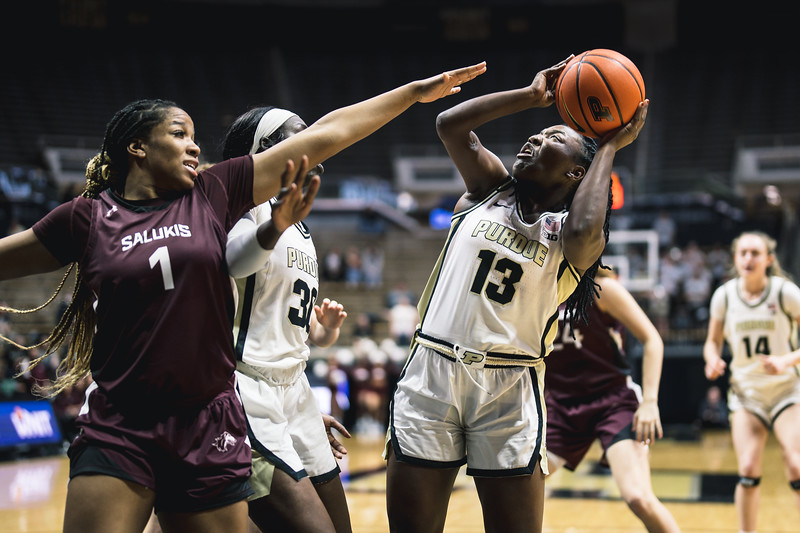 As time was winding down senior Ajah Stallings got the ball down low and scored her first two points of the season. The bench erupted, and it was a great way to end the tournament game. On senior day I was blocked by the ref whenever she had the ball. It was nice to get a couple of clean action photos of her on Wednesday night. 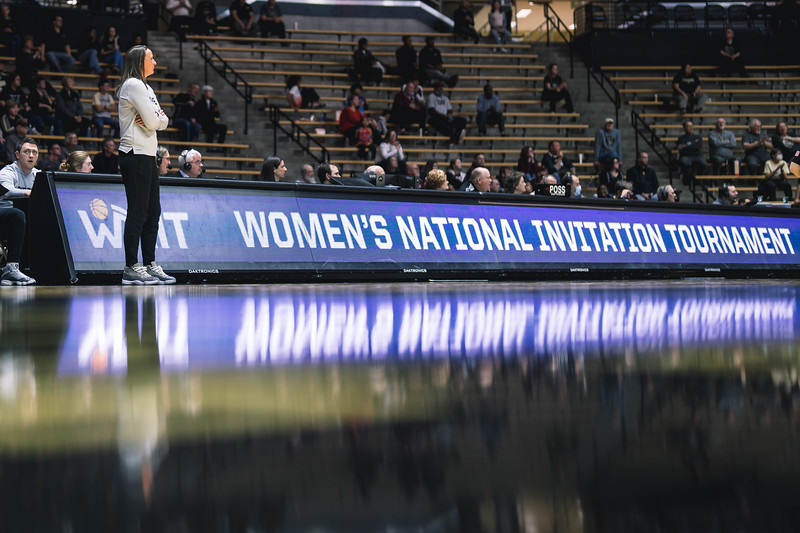 When you looked at how the last off season unfolded for this team I don’t know how you could have had any kind of expectations for this team. It lost its coach a year early and a lot of scoring. There were so many unknowns coming into the season. Katie Gearlds took this team though and turned them into winners. I don’t think that there is a ceiling for my optimism with Katie leading the way. She can coach, and brought some excitement back into this program. 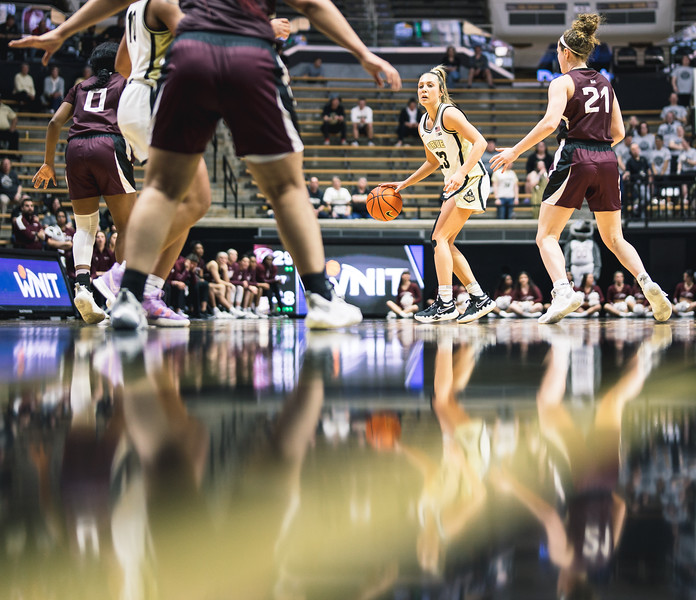 Working The Signs Into My Photos

When I started sports photography all I was told was how to get the signs out of your backgrounds. In a game like this though the WNIT banners and signs help tell the story of the day and add a little historical perspective to the gallery. It is a fun game to play to see how many ways you can work the signs into the gallery.

Not that long ago I was making a lot of photos of Missouri Valley teams. In fact it was three years ago that I was at Southern Illinois covering Indiana State playing this women’s team on my way to St. Louis to cover the men. Weather permitting I will get a chance to see Illinois State as they come here for two in baseball this weekend. Later this month Indiana State soccer comes to town giving me another chance to photograph them. It is always fun seeing the Valley teams again. 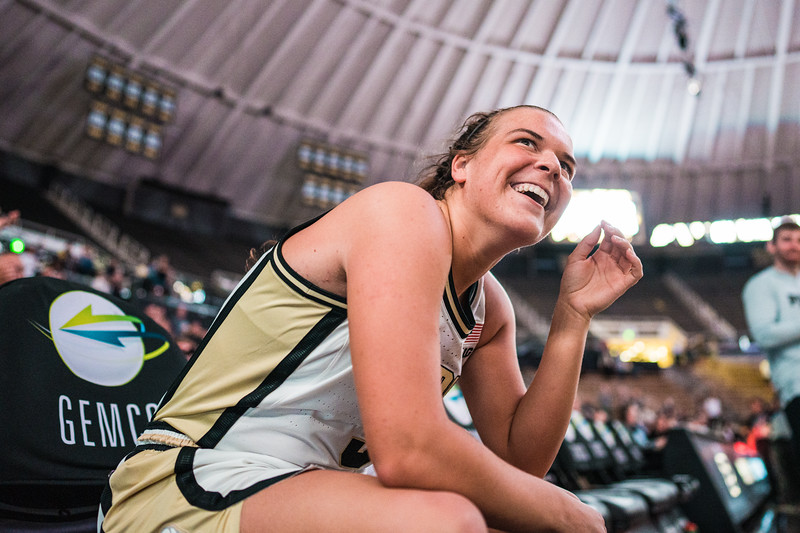 This was a fun game to make photos of. The team was playing well, and having fun doing it. You can see my gallery from the game here. I took a little extra time at the end to take in the view from the court before I went to the media room. If this was the last game on the court then it was a fun one to go out on.