This was a year when I started to branch out a bit in my bird photography. I started to feel like I was doing the same thing over and over at the Celery Bog so I started to visit other places to make photos. At the end of the day this might be my favorite year for this post. I made some photos that I really liked. I have never had as much trouble with the top of the list as I have this year. Any of the top six could have been number one. That is a good problem to have, and I hope that I have it again this year. As per usual this list is not set in stone. These numbers are not concrete, and more what I feel at the time. Just being on this list is a good thing this year.

21. I had a great couple of encounters with some short-eared owls this fall. The light was good, and the owls were good too. Here the owl comes right at my camera giving me a really fun photo. 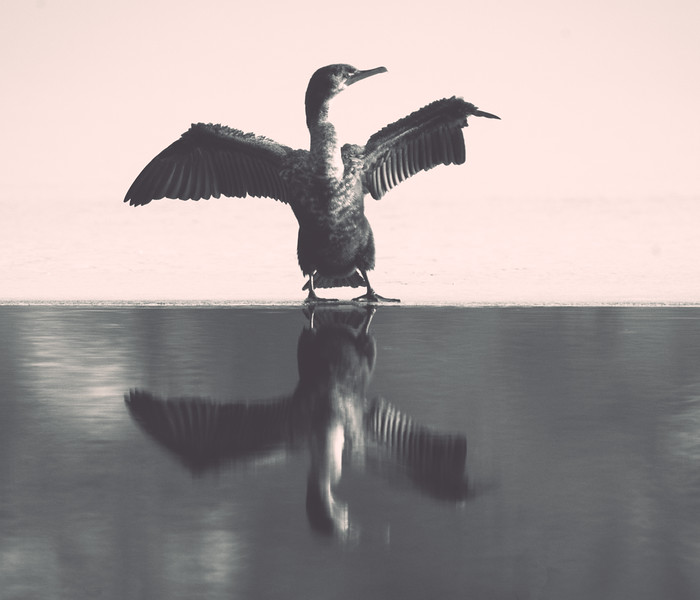 20. This is the double crested cormorant that spent almost two winters at the Celery Bog because of its broken wing. It somehow made it through the first winter, and was one cold spell away from making it through the second winter as well. It was not meant to be though. Here is my last photo of the bird as it enjoyed the last bit of open water at the bog. 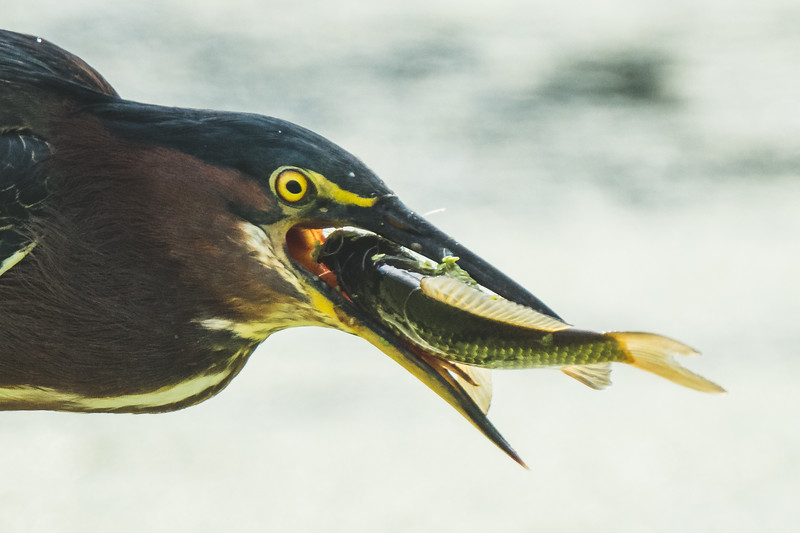 19. This was the year of the green heron at the bog. They were brave and abundant, and that makes for good photos. Here one grabs a huge fish and makes a meal out of it. A couple of minutes after swallowing this big thing it was back hunting for more food. I can relate to that. 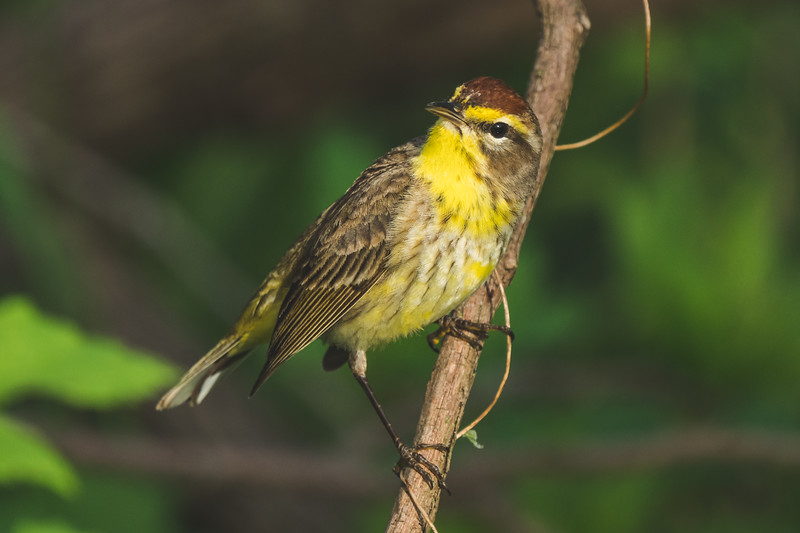 18. My favorite warbler is by far the Palm Warbler. There is something about the colors that just looks good to me. I didn’t see as many as I had in past years, but this was my favorite from this year. 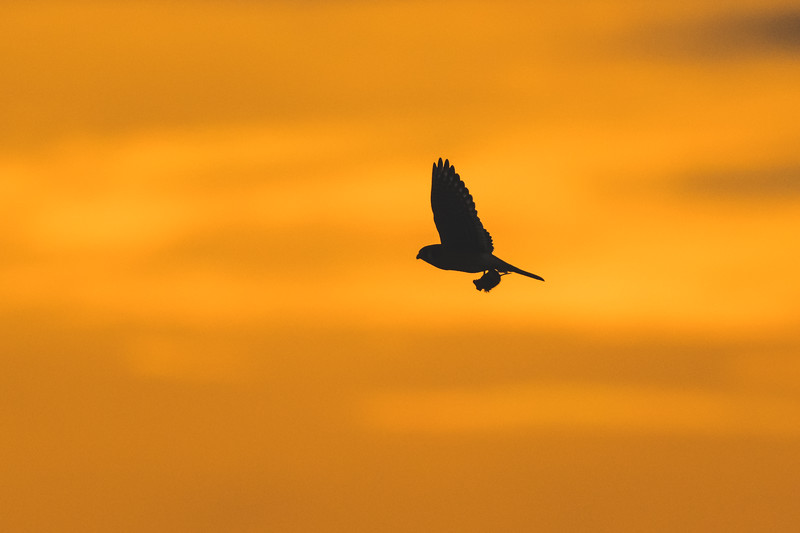 17. It is not often that I come upon a Kestrel in the field. They usually fly off before I get a chance to make a photo. This one grabbed a meal and then flew off as I was pulling up. The sky was nice though so it made for a very fun silhouette photo. 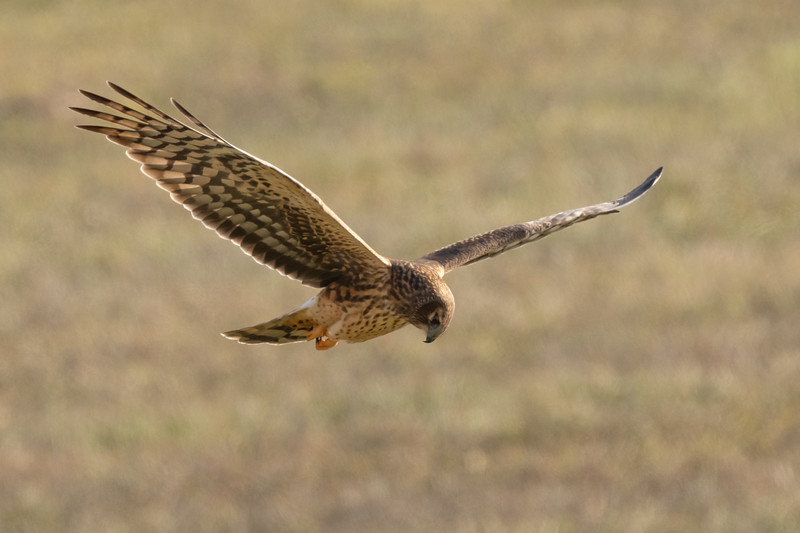 16. I have never had much luck with northern harriers before. They are usually out of range when I see them. This one though was hunting very close to me making the photos easy to make. This was a fun photo to make as this bird could care less about me. It was all about the hunt.

15. Here I lucked out and had a cedar waxwing land in front of me. I was just talking about this bird with another photographer, and I ran into the bird that I wanted to see. I watched it approach and land fairly close to me. It posed and then our encounter was over. It was still fun to be a part of. 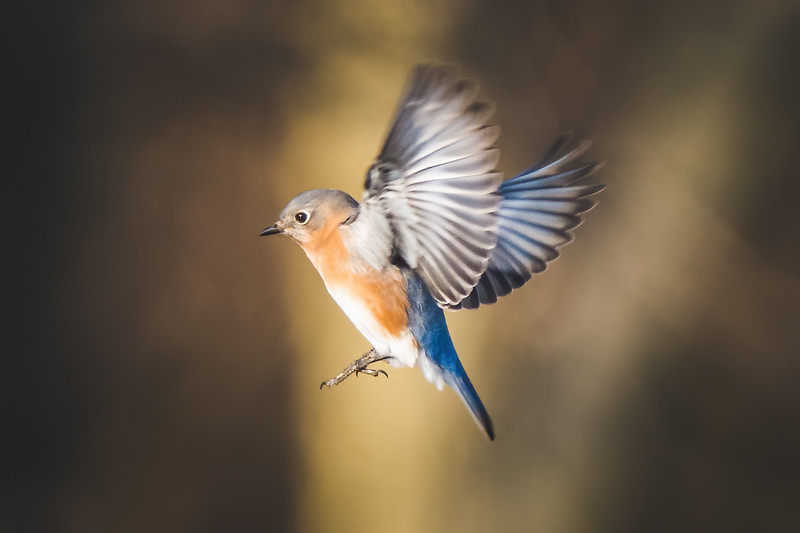 14. These bluebirds were all entering the same hole in a tree on a beautiful day at Prophetstown. All I had to do was wait a bit and a traffic jam would happen making the bird that wanted to enter the hole hover a bit. That made for a very interesting photo.

13. Last winter a stray brant decided to hang out in Lafayette for a while. This bird is not often found around here so it was cool to see it. The bird was right next to a highway though so that made it hard to make photos of it. You want to make a good photo, but you don’t want to flush it out into the road. I made a couple of photos trying to stay away from the heat waves coming up from the ground. Then I went back to my car and left it alone. Later in the day someone did flush it out into the road where it was hit and killed. Some of these bird stories do not have a good ending.

12. Another story with a sad ending was the introduction of the African penguins at the zoo in Lafayette. They were a big hit. My daughter and I went to see them on opening day of the exhibit. She loved them, and we planned to go back when things were not so busy around there. As of this writing six of the nine penguins have passed with the other three in bad shape. Hopefully those three survive. 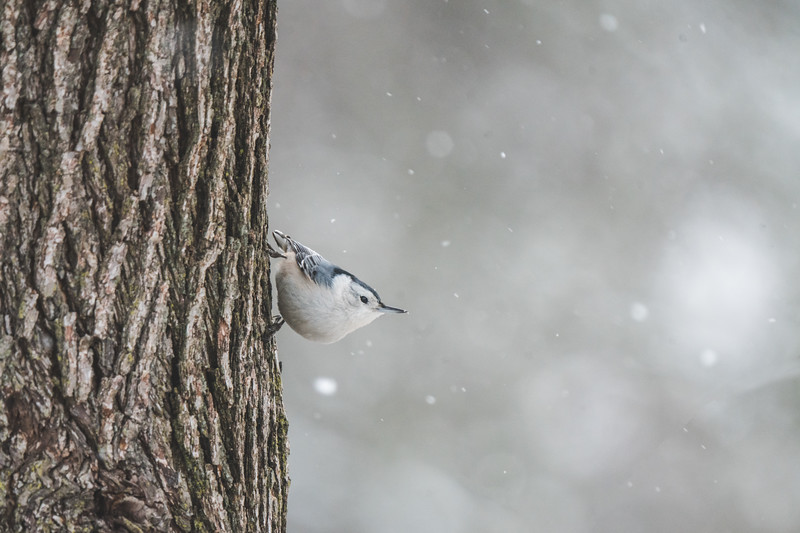 11. Okay lets not get too sad here. This is a year end post after all. It should be a celebration. Here is a white breasted nuthatch hanging out in the snow earlier in 2021. I had a great view of them from my house, and it was one of my favorite backyard bird photos of the year. 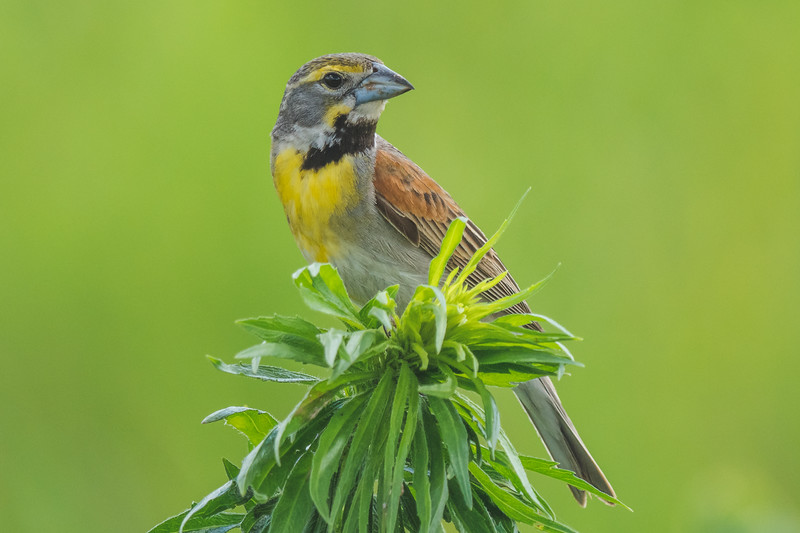 10. One bird that I had never gotten a good look at until last year was the dickcissel. As I was leaving Prophetstown one day I ran into one just off the road. I learned to drive out really slow so that I could check the areas near the road. Here things worked out for a photo with a great background that I really liked. 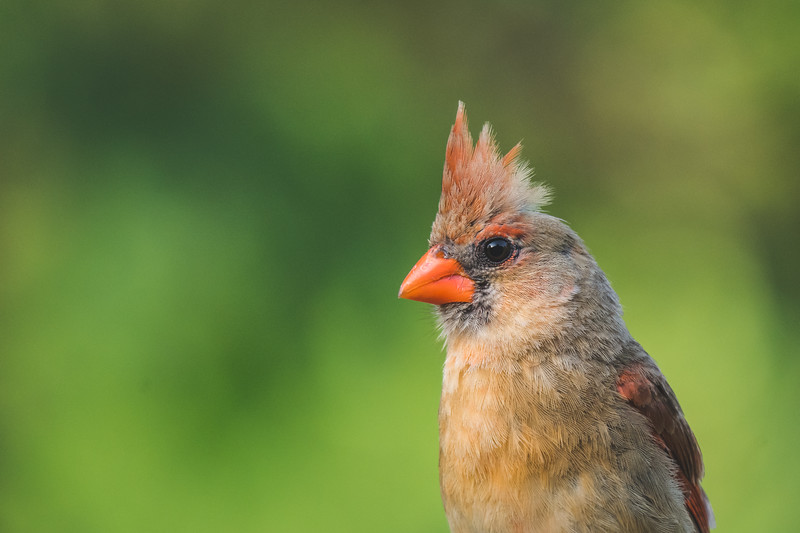 9. This was one of my favorite backyard bird photos of the year. This cardinal gave me a nice pose with a great background. This year in the backyard I decided to try and get as close as I could to the birds with my gear. I have the unique opportunity to do that so why not give it a go? 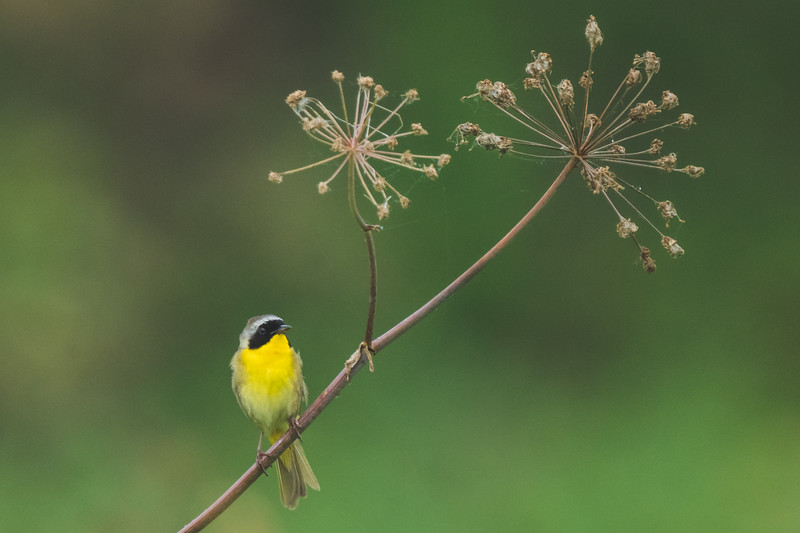 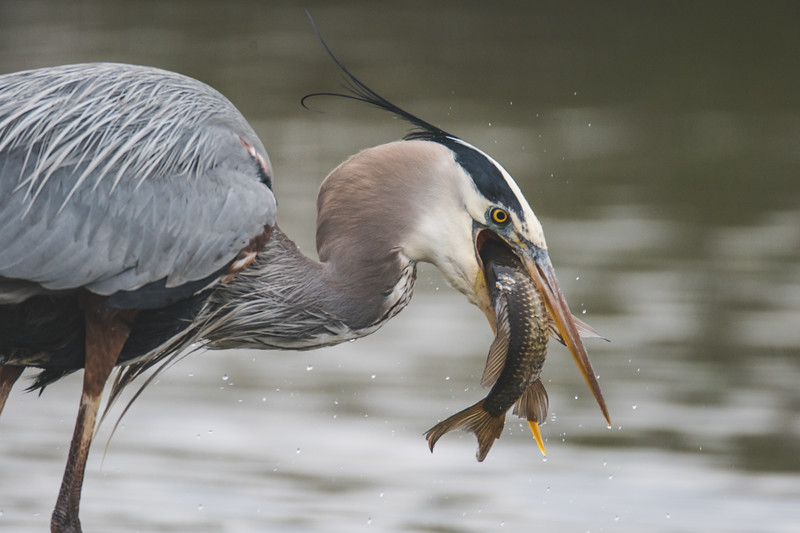 7. Part of the fun of this list is coming up with the order of the photos. In past years this heron with a big fish could have easily been number one. This year though it is at number seven. That is good news. It was a fun year making bird photos for sure. 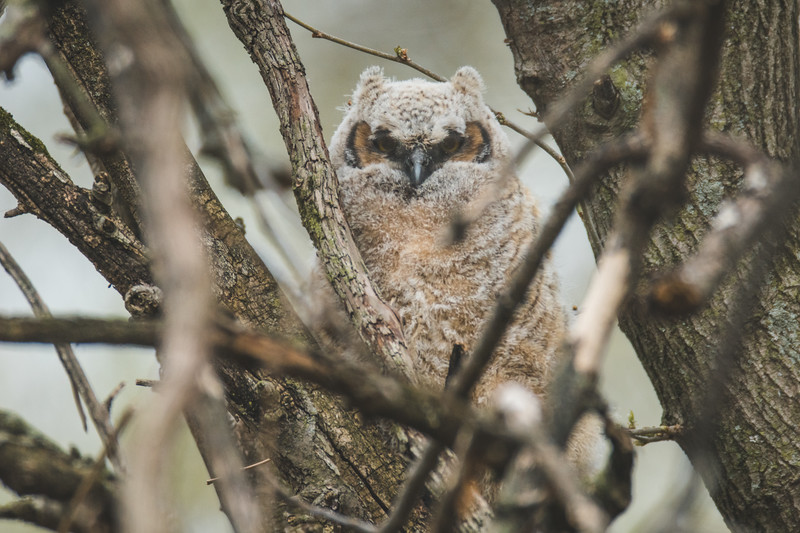 6. This great horned owl owlet was one of two born at the Celery Bog this year. It flew out of the nest early, and kind of just hung out down low for a little while before finally being ready to fly off. 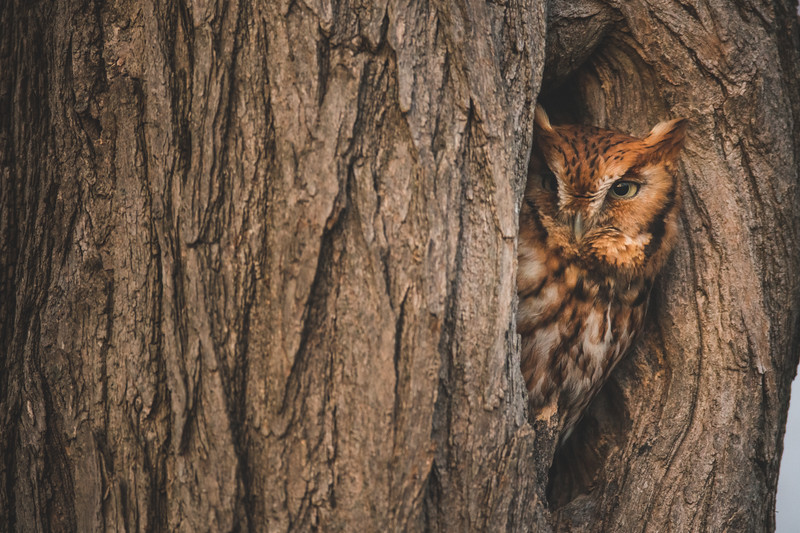 5. This was the year where I finally made a photo of Ruby the eastern screech owl at the bog that I really liked. I have been waiting a while to make a photo like this one. It was actually about ten minutes after sunset when she started to look at a dog that was barking on the trail. I braced my camera as well as I could and lucked out with this image.

4. This is the closest that I have ever been to a red tailed hawk. The bird kept working a small clearing near where I was parked, and finally landed in the tree where I wanted it too right in front of me. I allowed me to make some portraits that I really liked of it. 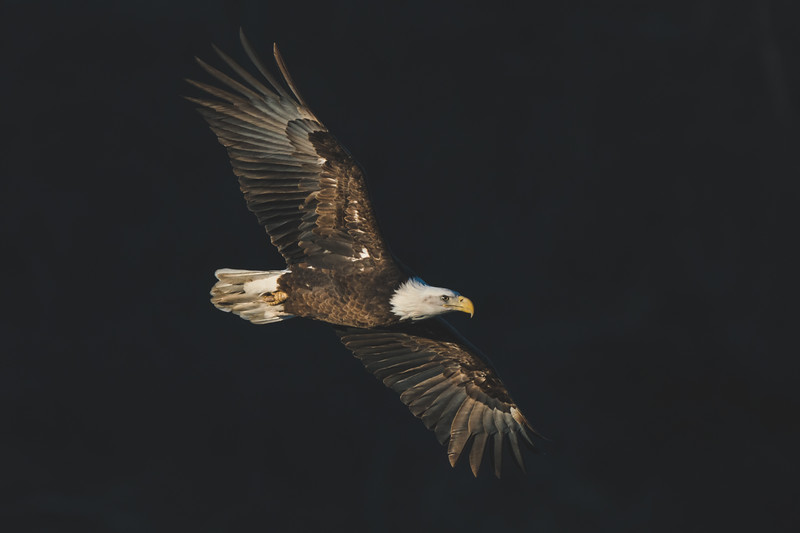 3. This bald eagle on the Wabash river found the perfect spot to fly in. The last light of the day was on it,  and the background had fallen dark. This left me with an image that looks as if it was lit intentionally. 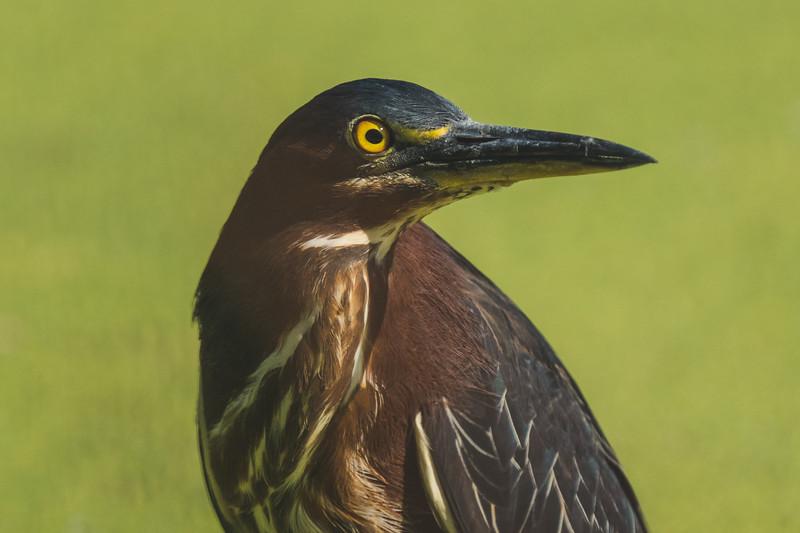 2. As I said early in the post 2021 was the year of the green heron at the Celery Bog. There were many of them, and they were not very shy. This one landed right in front of me and gave me a great pose. These moments are why I enjoy this kind of photography. You never know what you are going to get, but you had better be ready for what is presented to you. 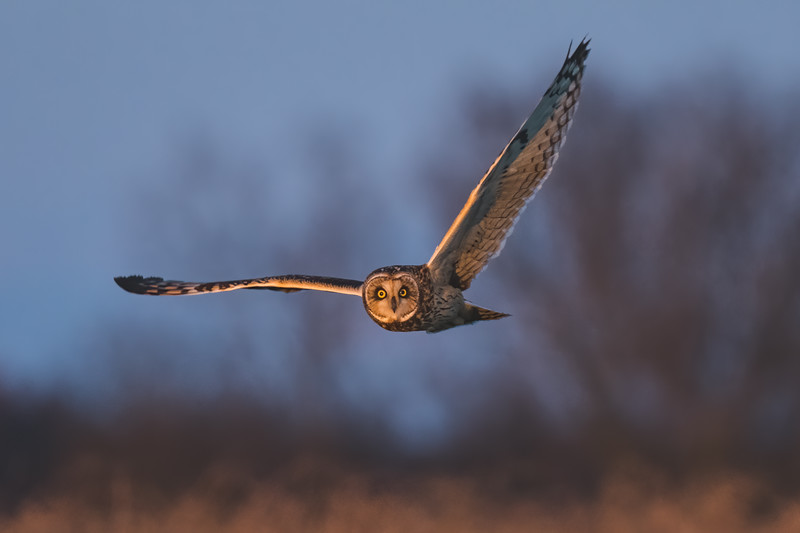 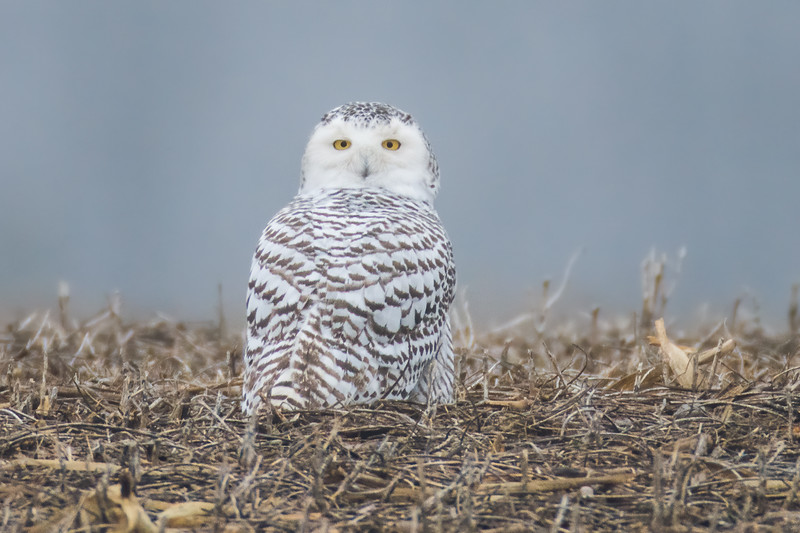 Edit: On the last day of the year after this list was made I had an encounter with a snowy owl not far from where I see the short-eared owls. I have only seen one other snowy over the years so just the rarity of this owl gets it on this list.