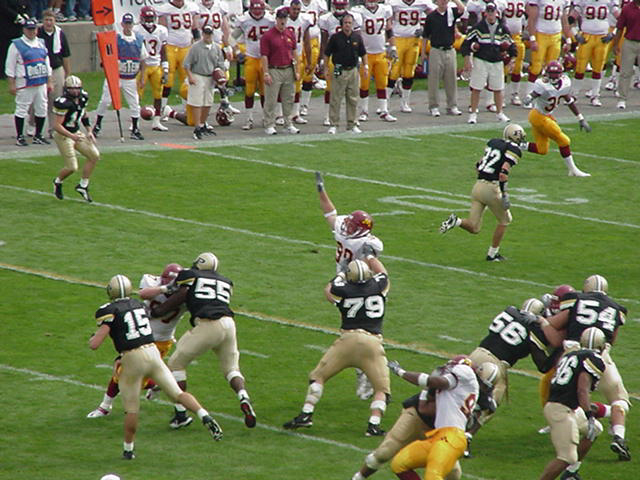 One Photo To Rule Them All

I was going to sit down and come up with a few favorite photos from the Purdue series against Minnesota to post like I did for the cannon game last week. When I was trying to think of photos to add to the post one photo kept coming to mind. This is not the greatest photo in the world. I had a early digital camera sitting in the stands. I did make a photo of Brees to Sutherland though which is fun to look back on. Last weekend it was fun seeing these jerseys again, and seeing some familiar faces on the sidelines.

Sony Then And Now

Back in 2000 I had a Sony Mavica that would fit around 17-20 photos on a floppy disk. I had fun taking it to sporting events though and seeing what I could do with it. Sometimes things would work out, and other times it would not. It wasn’t for another decade before I really started taking things seriously. Tomorrow I will be back in Ross Ade with Sony gear, but on the field making photos. The photos are much harder to make on the field, but that is what makes it so much more challenging and fun.