When you are in the non-conference season you want to be tested a little I would think. Purdue opens up the conference portion of their schedule with a tough test against the #3 team in the country on Friday. I don’t know that they were really tested ahead of that game. They swept through the weekend somewhat easily to win the Stacey Clark Classic. Saturday morning though they were just on fire. They were playing good enough that maybe a test was not needed. They went through a good Tennessee club in three sets. Before the season started I talked about how much fun this team would be to watch. They showed that over and over this past weekend.

Before every match Coach Shondell gives a preview of it over in Mackey. They call this session the situation room. Here I learned a lot about what to expect, and who was going to be called on for the opponent. Sometimes those little nuggets of info can help you get to a spot in time to make a photo. If you are heading to the games these are great to be a part of. 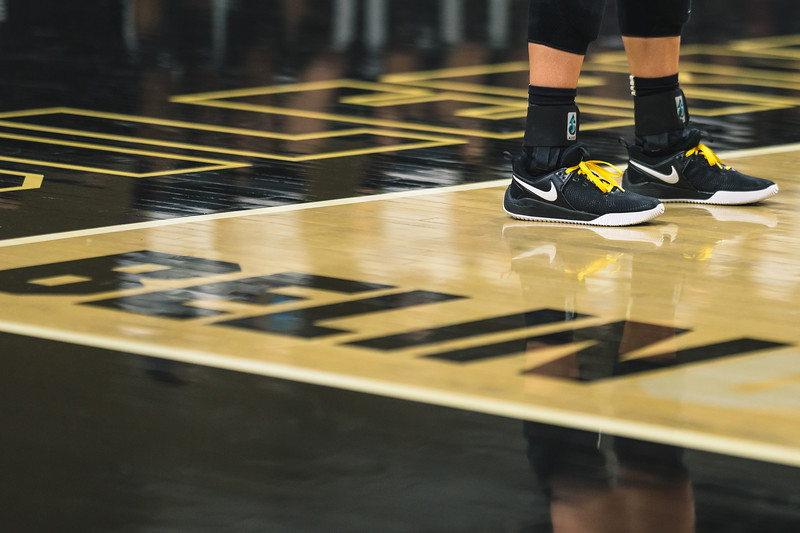 It Is All About The Shoes

For the second straight day I found myself trying to make interesting shoe photos pregame and during the match. Friday night it was the special socks for the Hammer Down Cancer game, and then Saturday they had the special shoe laces on. I really couldn’t make anything that I really liked pregame, but here I was able to do something that I found interesting as the match was going on.

What It Is All About

This tournament was played in honor of Stacey Clark. Stacey was so special. In person my interactions with her were minimal. Whenever I did see her though she gave me that great smile of hers. Most of our interactions came online. She was one of the first big supporters of my photography. I did not think that I was making very interesting photos at the time, but Stacey would always be there to give me encouragement and support. I was a nobody there making photos and she did that for me. For the program as a whole she was amazing. Every year I try and make some special photos during this tournament with that in mind. As the years go on the players that touched personally will no longer be playing at Purdue. Her impact though will always remain. I hope that this tournament will always be a part of Purdue volleyball. I will photograph it as long as I can hoping that I can make a photo that will make Stacey smile.