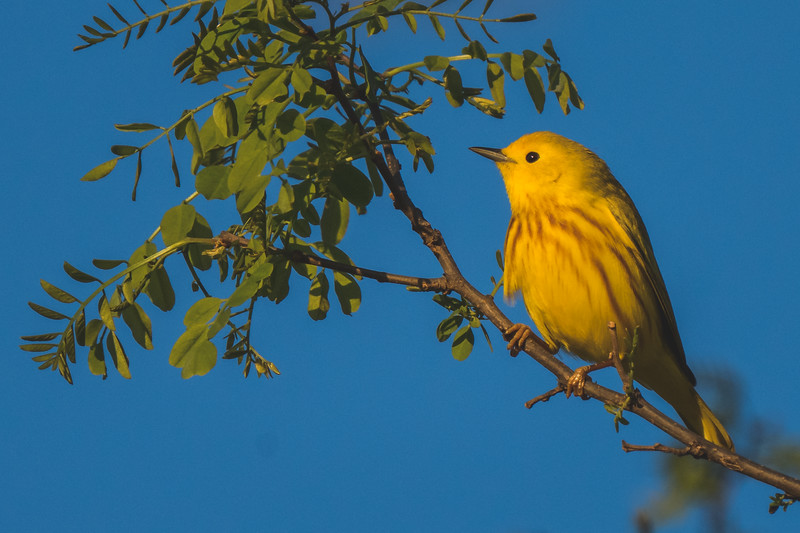 Spending An Hour At The Celery Bog

Last night after dinner the light was amazing. I knew that the warblers had moved into the bog from checking out e-bird so I decided to head that way. I knew that I only had about an hour of light, but sometimes that is the fun of the trip. I will often just show up for an hour of a baseball or softball game just to challenge myself to see what I can create in that time. With warblers that is harder because you have to find them first. Luckily for me they were all hanging out by the parking lot when I arrived so I just had to get out of my car to make their photos. Below are a few of my favorites from my time at the bog last night.

When I first arrived a yellow warbler was in the trees just off the path. I walked over to photograph it, but I lost it when I checked for cars before crossing the driveway. I ended up down by Ruby who was being harassed by a nuthatch so I made a couple of photos before going back on the hunt for the yellow warbler. I decided to try and use the trees in between Ruby and myself for framing a bit. Someday when I have more time and I am not hunting something else I will explore this idea a little more.

This yellow rumped warbler really wanted a photo made of it. It yelled at me until I finally complied. Then it flew off in a huff. Sometimes warblers can be rude!

This is my favorite warbler and thankfully there are many of them at the bog. You can just point your camera in any direction and make a photo of them. This is the first one that I saw last night posed nicely by some flowers on a tree. 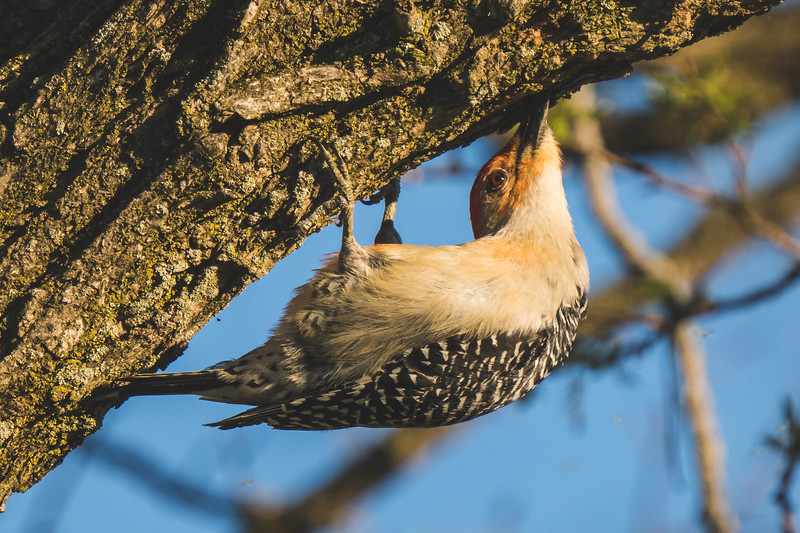 This red-bellied woodpecker was really working for its dinner last night. Imagine having to contort this way just to get a little bit of food. Food is too plentiful for me, and I guess that is why I need to buy new pants.

The Yellow Warbler Comes Back

After initially missing the yellow warbler photos I went about making other photos of any bird that would fly in front of my camera. The yellow warbler came back through and gave me a few good photos before moving on. This was the first photo that I made of it as it was at the top of a tree.

The Yellow Warbler Gets A Snack

I always call these bugs snacks because they look so small. These birds generally do not care about me making photos of them because they are so focused on finding as many of these little bugs as they can. They have a long flight ahead of them once night comes so they have to fuel up.

Not far from the yellow warbler in the same tree was this warbling vireo. I only saw it for a very short time and it was upside down on this branch that was moving in and out of view. I was very lucky to make this photo of it before it took off for another tree. 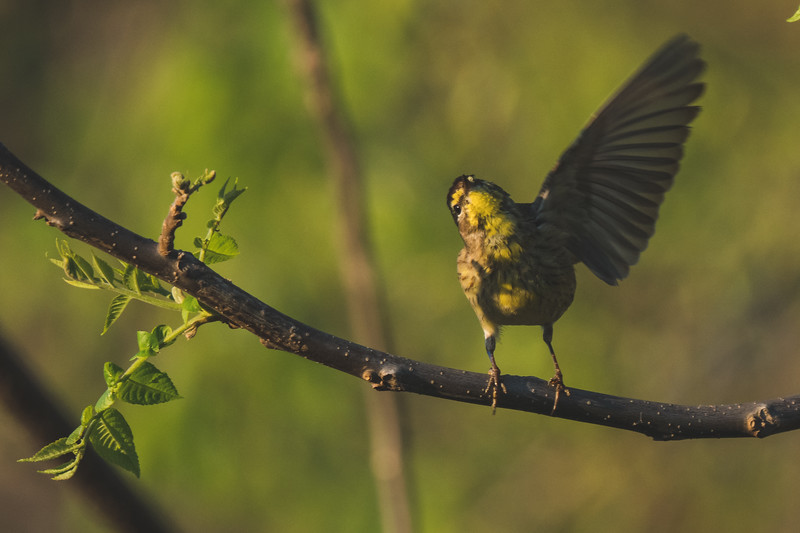 Goodbye And Thanks For Reading

This palm warbler seemed to by waving to me last night. I am sure that it had some other purpose, but I will just go on believing that it was waving to me. Thanks for reading this longer than usual post. If you cannot tell I had a lot of fun at the bog last night during my hour of photos. From my first to my last image I spent 57 minutes in between chasing warblers and whatever else came in front of my camera. I will post a few bonus photos below of my fun night. 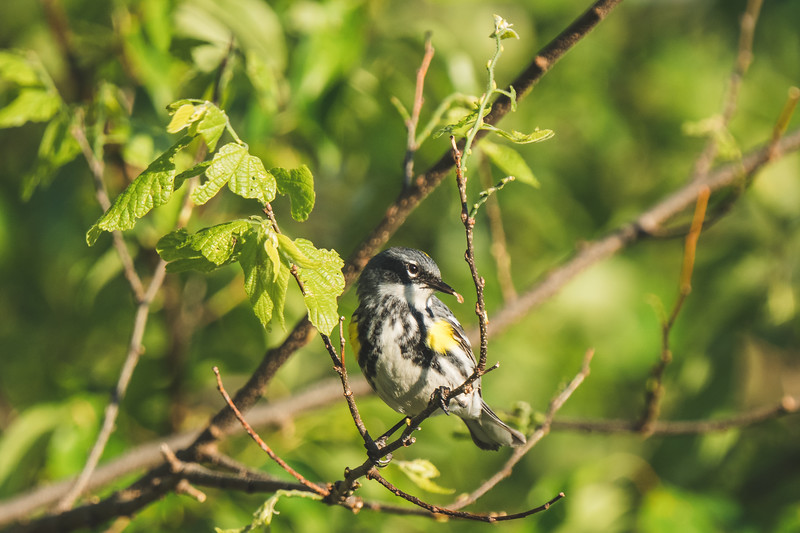 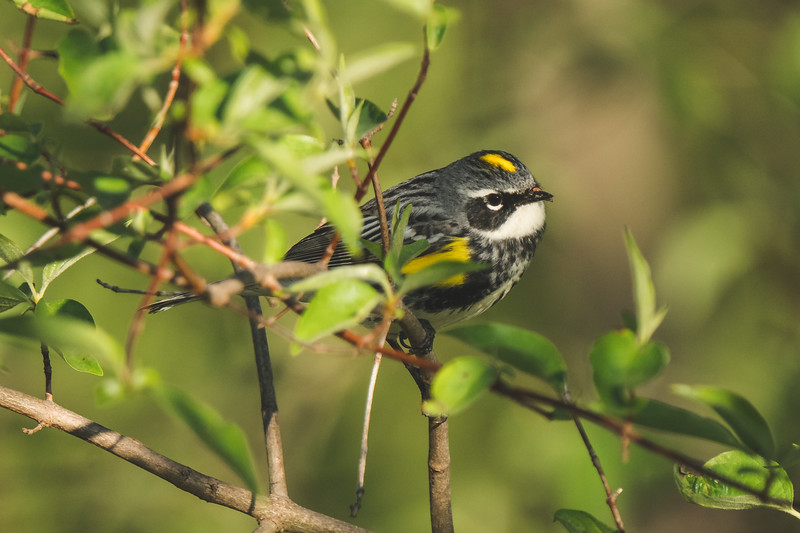 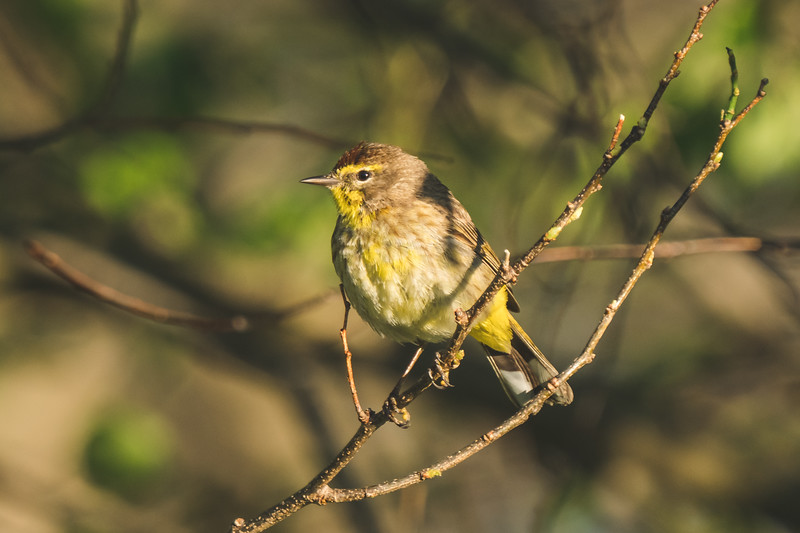 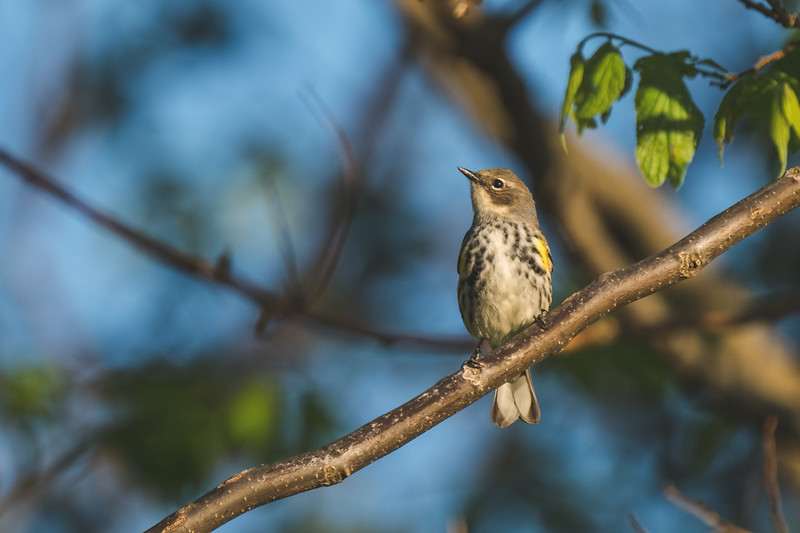 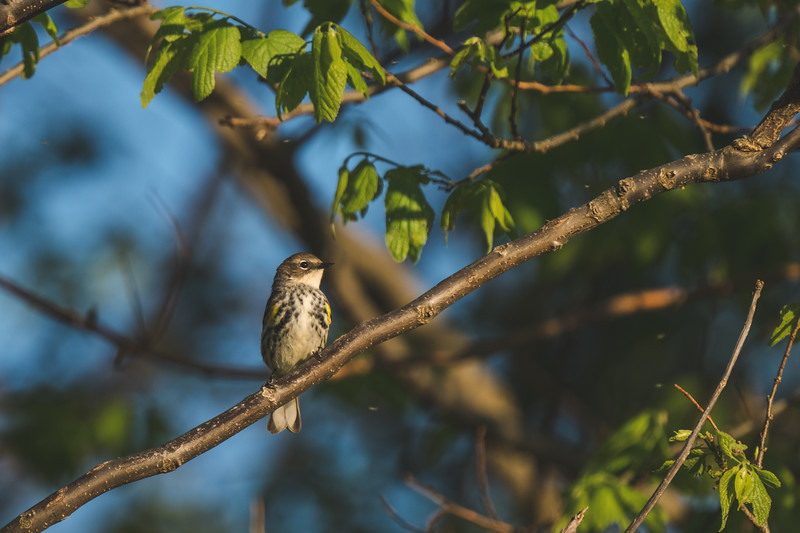 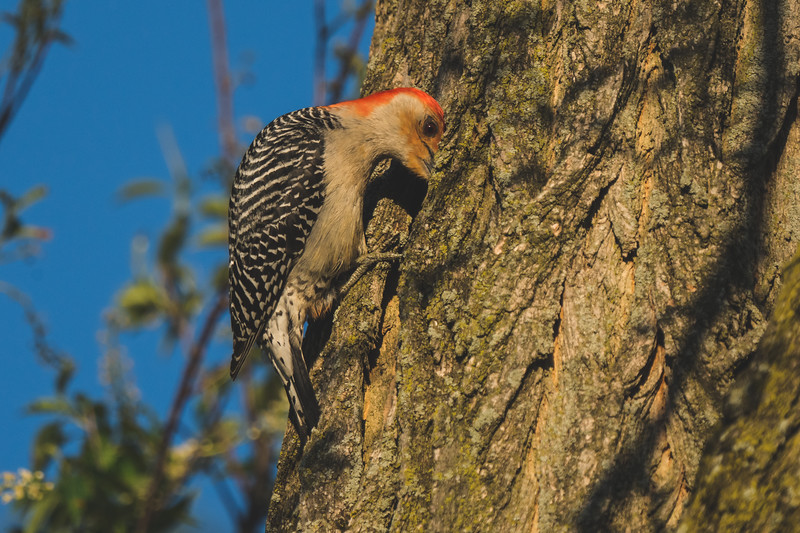 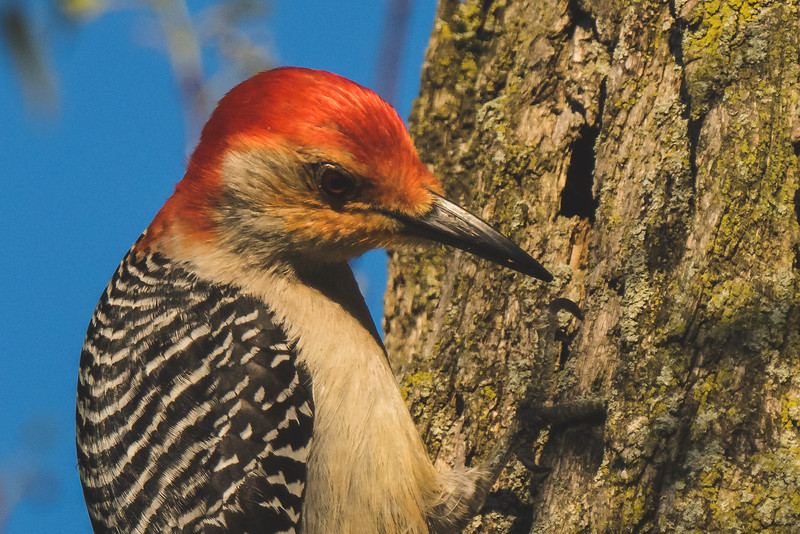 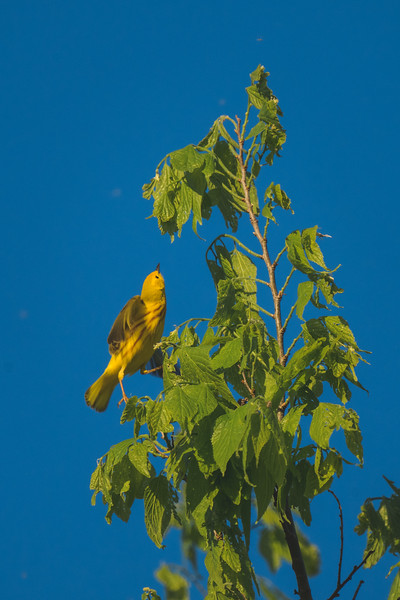 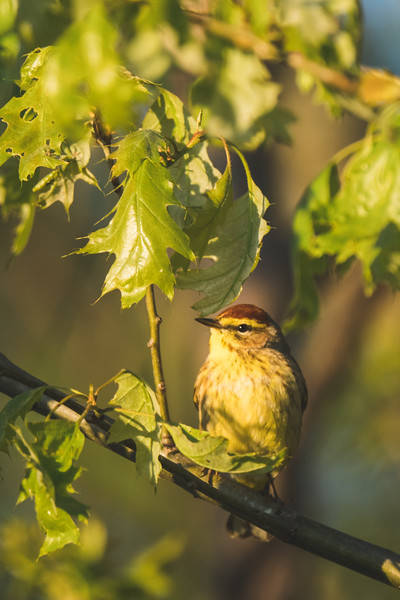 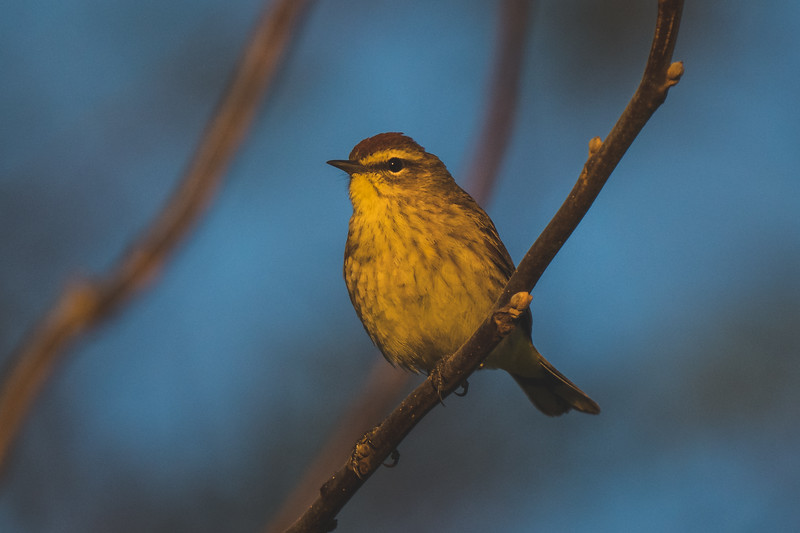 2 Replies to “An Hour At The Celery Bog”