Moving To Make A Better Photo

Above you can see two photos that I made 25 seconds apart. This robin was just perched for me so I did what I normally do and I made the photo that is on the bottom. It has a lot going on in the background and I realized that if I just slid over a few feet that I could have a nice, clean background. That is the photo at the top of the post. I like that one much better as it just looks cleaner. Neither of these photos will ever win an award, but it does show that keeping your background in mind can really make your photo better. 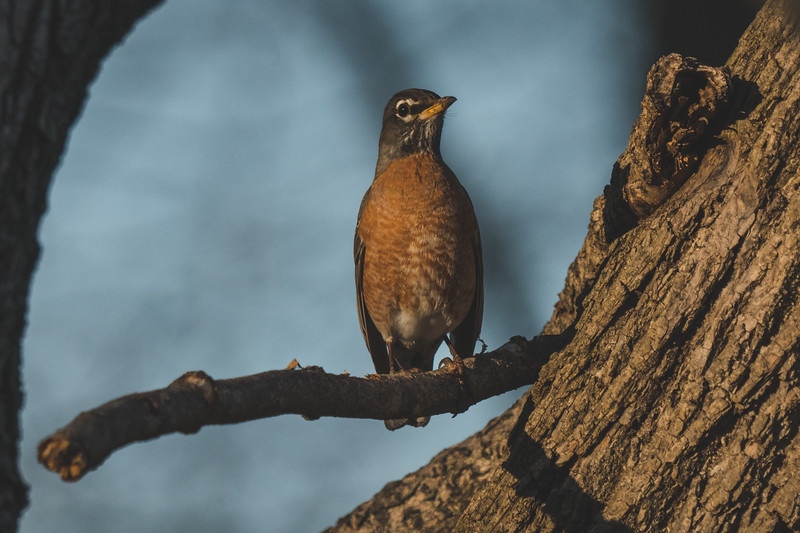 When It Doesn’t Work

Of course I will immediately show you a photo that I made a little later where I couldn’t move. I saw a robin sitting on a cool perch in great light. I only had a little window in between branches to make the photo though so I had to take what I was given. When the warblers show up shortly I will make photos of them wherever I can. If I can move to make a better photo I will, but most of the time you have to take what you are given as they move so fast. My rule in the field is to always make the photo when I can, and then I try and improve it by moving if I can.