Friday night I saw my first great horned owl in person. The light was bad so I decided to head the Celery Bog in the morning to see it in better light. Of course the owl had some fun hiding in the shadow of the tree trunk. After my soccer match I went back out to the bog to make some more photos. The light was a little better. These things are so high and like to hide so much though that a clear photo may not happen in that nest. This is one of a few nests that will make this spring very fun at the bog.

Two Owls In One Walk

In the morning I saw Ruby as I was walking into the woods. Later in the walk I would see the yet unnamed great horned owl. It is a pretty cool walk at the bog when you can see two owls one one walk.

The Light Leads The Way

I walked into the woods to see if I could get an angle of Ruby in the morning light. I ended up seeing this red-tailed hawk sitting on its nest. I made a couple of photos of it and then made my way to let it chill out. The photos will come from this next in the future.

As this goose with four wings was flying towards me I thought that I had captured the rare four winged creature at the bog. As it came closer I realized that it was two geese flying very close to each other. The other photo will have to wait for another day.

As this great blue heron was fishing I wondered what the turtles were thinking. At one point the heron was on the same stick that they were. Do they every think that they will be next? I guess not because they did not leave.

The Heron Gives A Wildlife Tour

I swear this heron was giving a tour of all of the wildlife on Saturday. In this photo you can see the heron coming out of the water with a deer in the bokeh. The deer was much too far away to make photos of, but it gives you a good sense of what you can see at the bog. What will be in my backgrounds next time?

Below are a few photos from my morning and afternoon walks on Saturday. It was a fun day with a new species to check off of my list. 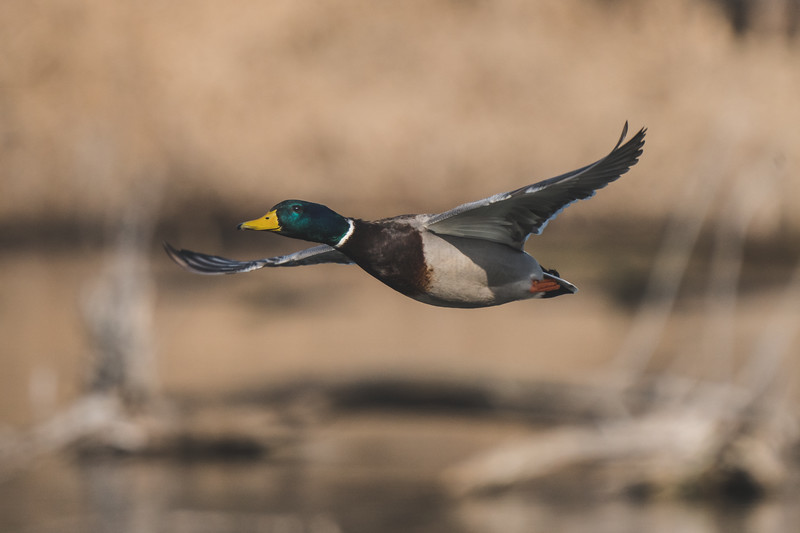