More With The Bald Eagles Of The Wabash

I only have a very short period of time with the eagles usually so even though it seems heavy on the eagles right now on here I feel that I have to make the photos. The numbers of eagles will soon by down and it will be back to normal. While these magnificent birds are here though I am going to take advantage of it. One thing that I have found with eagles is that they are very competitive. When one gets in the air others will follow. That is why it is so fun when there are more eagles. That means many more chances to see them in the air.

These birds are scavengers by nature. That is why they are feasting right now. The fish are literally lying dead in the water so they can just swoop down and pick them up. Sometimes though it is more fun to steal food from others. You can see some of that intimidation here. I made this photo shortly after I parked my car and I was very happy. I love to show a couple of eagles in one photo. A little behavior is great as well.

I love the look down at the catch here. You can almost read the birds mind as it wonders if it made had as big of a fish as it felt like it did. That large of a fish will make for a nice meal.

With so many eagles feeding at once you have to grab your food quick. With other eagles trying to take what you grabbed sometimes you just have to eat on the run. Some of the eagles were transferring the fish directly to their mouths to eat while they looked for more food. I had not seen this behavior before, but it was cool to see. Normally they grab the food and fly out of sight. Here they let us see the entire process. 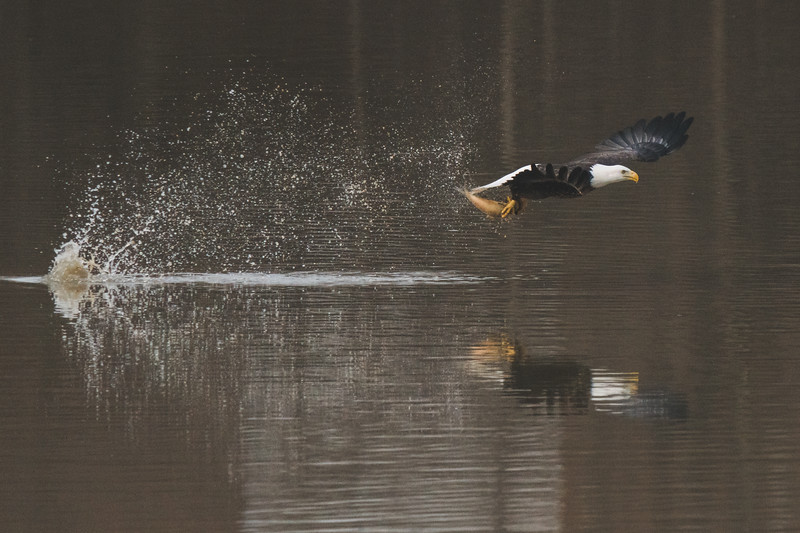 I love these photos of the grab. This is an amazing process that they have to grab a meal. It is all fun to watch, but the grab might be the most exciting.

When The Grab Goes Bad

Here the grab and go did not quite work. I love how the fish appears to be flying as well. If it were still alive I bet it would have a heck of a story to tell its friends.

You know that I love a good reflection photo. When it of an eagle grabbing dinner I love it even more. When the eagles were in the air I kept saying that I hoped that they would find some food in the calm water. A couple of times they did. Here it worked out for a cool photo.

There were so many choices for the eagles that I was surprised when they grabbed a little fish. Here an eagle has a nice large fish to take down. 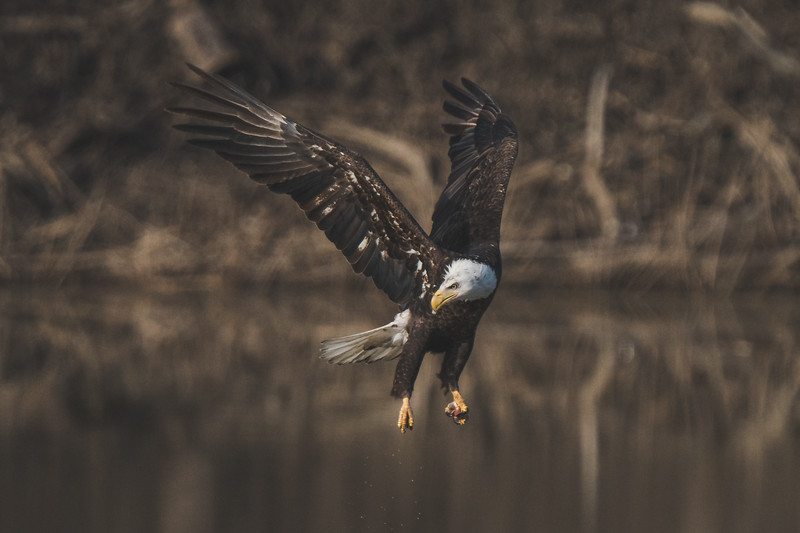 Where Did It Go?

This eagle seems to be wondering where the rest of its catch went. When it grabbed the fish all that it came away with was the head. Some of these fish had been gone for a while so they were a little mushy. This eagle picked the wrong fish. 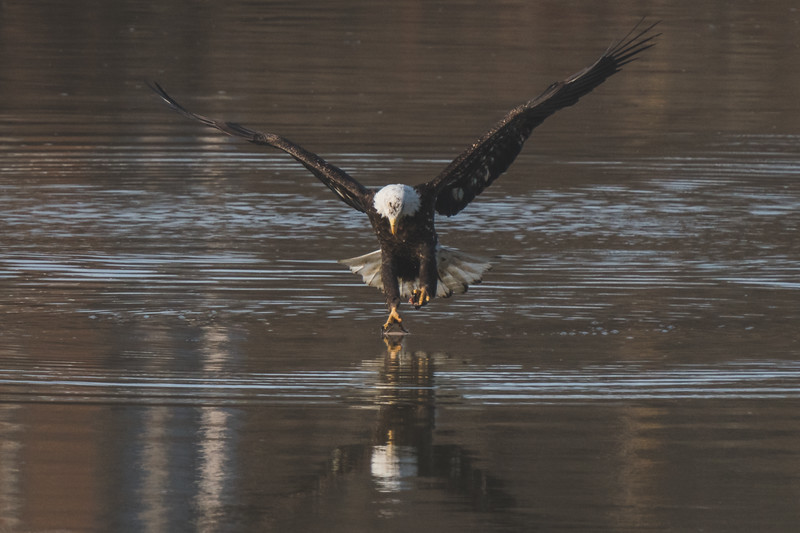 A One Handed Grab

A couple of eagles were showing off a one handed grab of their food. This eagle is the same one as the photo above and it circled back with the head still in one talon to grab the rest of the fish. It is amazing how good these birds are at what they do. I guess if I think about it I am pretty good at eating too.

These birds are amazing. They look great when they have their wings at full extension. If they have a fish at the same time it is a cool photo. Here I was lucky to capture both of those things.

Up Close And Personal

I watched a fish fairly close to my location nearly the entire time that I was at the river. No eagle ever came for it. That is until the light was fading. This beautiful eagle came down to grab the fish that I had been watching. At that point several eagles were in the sky so I nearly missed it. I am glad that I was able to see it.

Here are a few more photos from a fun couple of hours down by the Wabash watching the eagles. 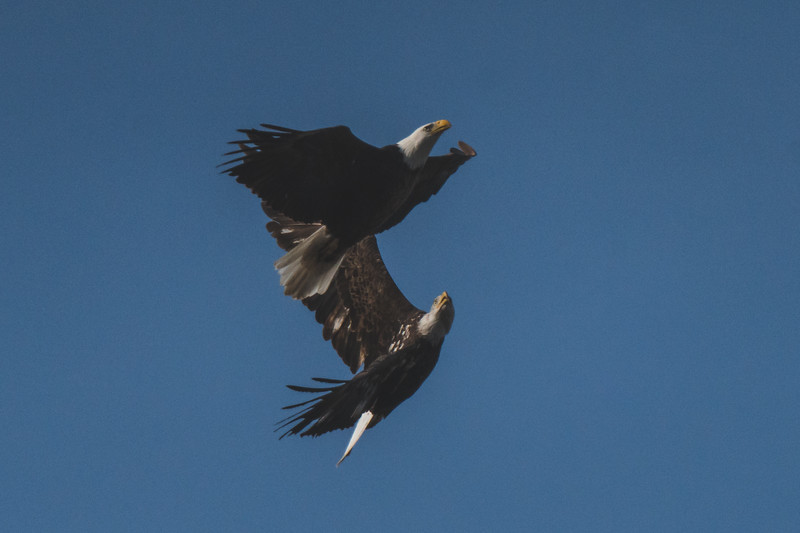 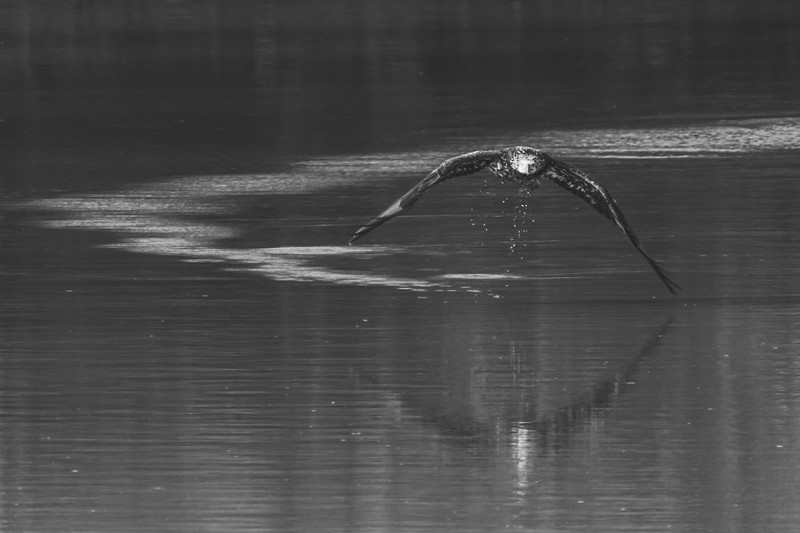 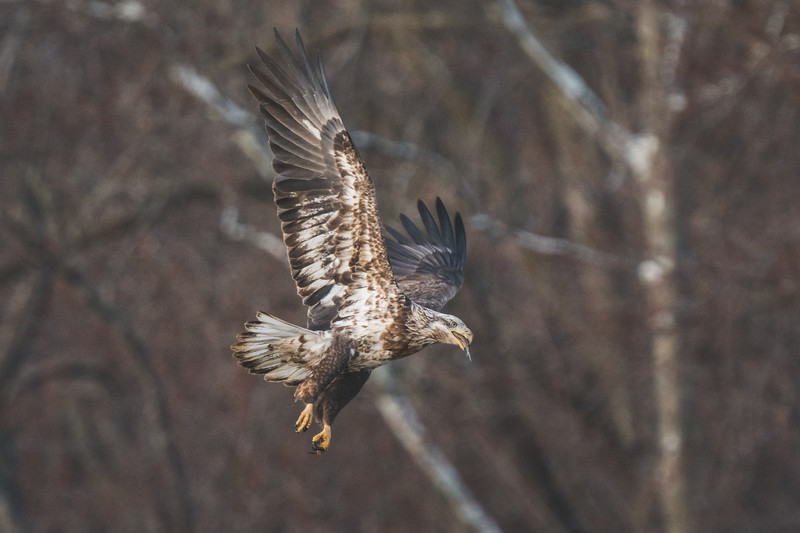 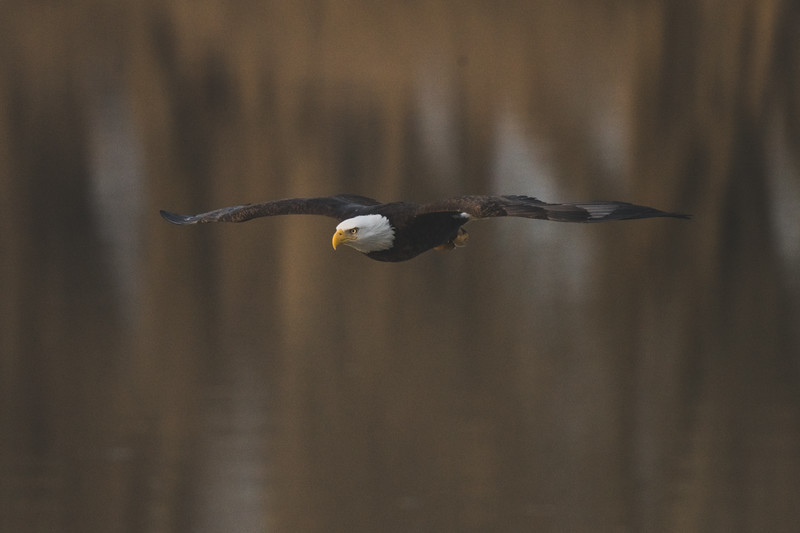 6 Replies to “A Bald Eagle Extravaganza!”