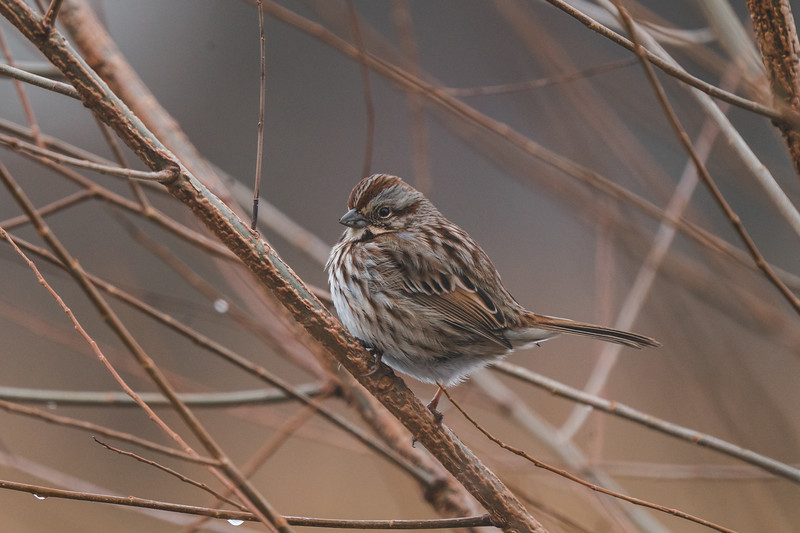 A Photo Session With A Song Sparrow

This was the first bird that I photographed at the Celery Bog this year. I walked down the trail and there it was posing for me in a bush. It didn’t seem to mind me and just kept calling. Like I have already said a lot this year I made a few quick photos and then moved on to let it do its thing. No photo should eve come at the expense of the thing you are photographing. In the winter when energy is scarce it could mean the end of the bird.

My Version Of Birding

Birding is a unique hobby. Some people are really into it and others just do it casually. I have always said on here that I am the world’s worst birder. I forget species from year to year and most of the time I identify the birds once I get home. Last year I quit logging my finds as it started to drive my visits. I wasn’t looking for photos, but rather collecting things to log on the computer. I had people using the comment feature on my blog to dispute finds that I had. You wouldn’t think that birding can be that competitive, but it was. Instead of walking into the woods looking to see as much as I could I started just taking what was given to me to photograph. I may see a rare birds across the water, but it doesn’t photograph that well from that far away. It is the same problem that I have with photographing sports from the stands. The power of the photograph just isn’t there from a spot where the fans sit. My job is to bring people into a place that they can’t normally be. This year I plan on doing the same thing for birding. Just take what is given to me. That is a great way to have fun while out in the woods and also to keep my photography skills sharp.