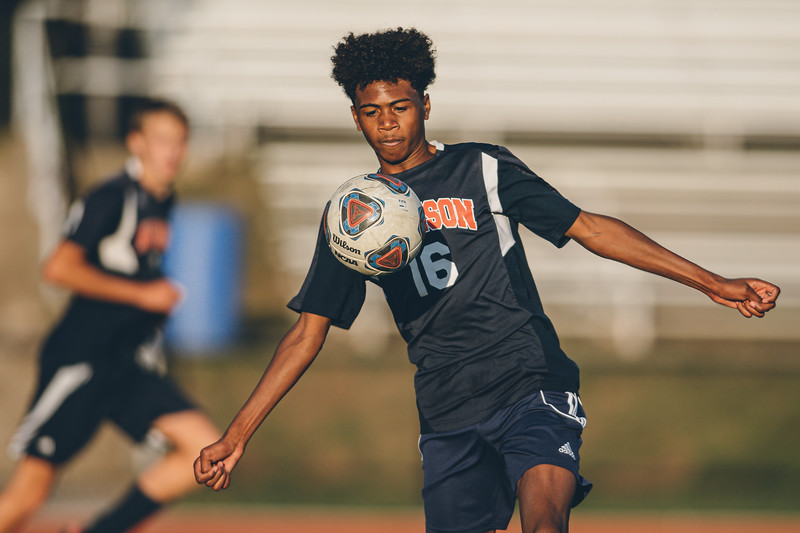 It All Starts With The JV Game

The best light of the night was during the JV game. As October nears the light gets better as sunset gets closer. With Harrison going right into the sun in the second half it made for some photos that I really liked. I walked into the game with about a half hour left in the JV game. I wish that I had gotten there earlier, but I had nobody in that game so it was basically just a warm up for me. With that light though I should have moved mountains to get there earlier.

All About The Goalie

I stayed on the defensive end for the first half to focus on the Harrison coach and the goalie for Harrison. Focusing on the goalie is always a goal of mine, but in close games you are expected to have photos of the goals and goal celebrations. When I am making photos just for me though I can focus on some other things to be able to make some interesting photos. Here I was able to make two photos that I have been wanting to make for a while. When the light was good I was also able to make a good photo of the Harrison goal celebration as well so I had the best of both worlds. 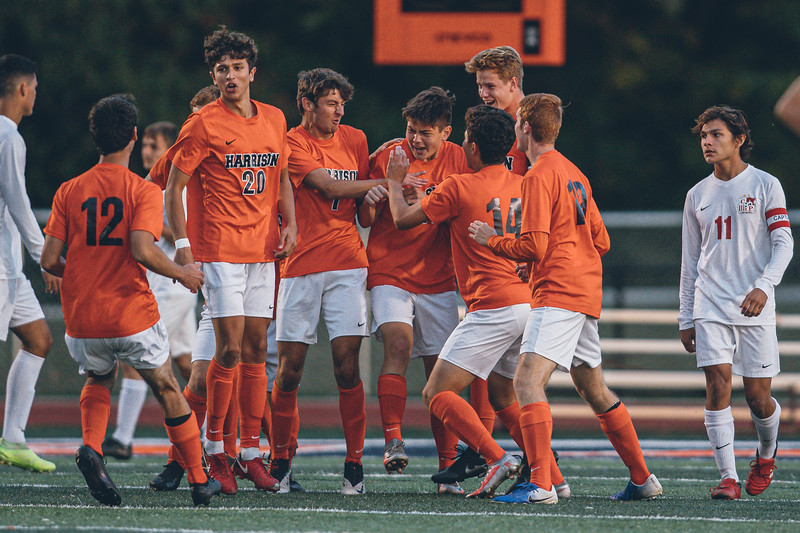 Of course Harrison scored when I was on the other end of the field. I stayed in the camera luckily when they were down there though and I was able to make some photos of the celebration that I really liked. These are my favorite moments to capture. The spontaneous emotion after a big play.

Here is my link for the full gallery from last night. I am available to cover your athlete or team. Send me an email and we can make some great photos together.