This is a fantastic ballpark that I really need to visit more. I went for the first time in 2003. I got off of work in Northwest Indiana and drove to Cincinnati to catch a game between the Reds and the Cubs. I did not make it back until 2009 for the Civil Rights Game. I have not been back for a game since, but this summer it was going to happen. We had tickets for late June to see the Reds play, and I had planned to see them this weekend when I was in town for the Big East baseball tournament. Of course none of that is happening now. That was the thought process for visiting a different ballpark each day this month. Here are a few things that I love about this park.

The Reds Hall Of Fame

This is how you do a team hall of fame. The Reds have a long history, and this hall of fame does a great job of capturing that. I talk about the St. Louis Cardinals hall of fame a lot, but that is because I seem to be in St. Louis quite a bit to visit it. This one is right up there though. They are both the standards for what other teams need to do. I am talking to you White Sox. Ever since the 2005 season the memorabilia that used to be next to the main concession stand has disappeared. It would be great to see a hall of fame like this outside of the White Sox ballpark.

This is a great way to showcase the ballpark. The first thing that you see is pretty cool. You have a little game of baseball from some classic Reds happening as you walk in.

This stadium even looks great from the river. It is so well done.  I haven’t found a bad angle of this park yet. 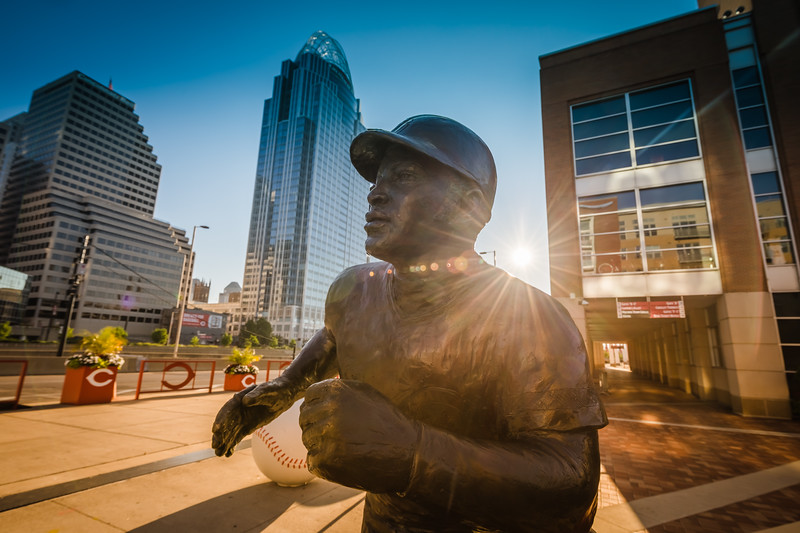 I love that the statues are outside of the park. You can visit them anytime. On this trip nothing was open any time that I could visit it. I still could relive some Reds history though because I could walk amongst these Reds greats. 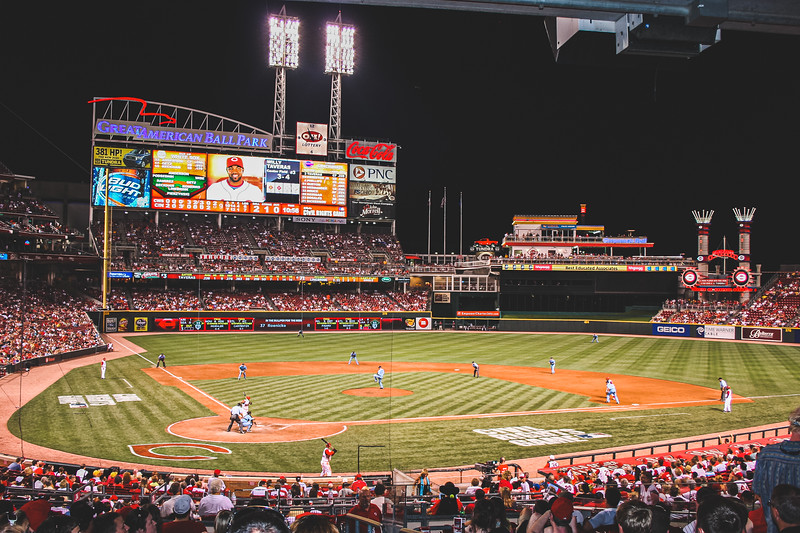