I don’t always take photography advice from Sheryl Crow. Sometimes though she is on to something. Here a little change really did do me good. I was walking through the woods when I saw this palm warbler on a very nice perch. It was not the best photo though. Moving my monopod down a little though put the bird into the green background of the trees on the other side of the pond. Neither photo will win any awards, but the photo with the green background is much more pleasing. It was not a huge move in distance, but it was huge for the photo.

A Pop Up With A Pie-billed Grebe

This is a fun bird to photograph because you literally never know when or where it will pop up. It spends time underwater looking for food before coming back up to the surface. I watched this bird for about a half an hour letting it get closer and closer to me. Of course when it finally started coming in a good range someone busted through the woods loudly and it moved away. This was the first of two such incidents at the bog yesterday. The second was a pair of photographers who after seeing me twice from different vantage points still decided to make their own path through the woods right through my scene. I don’t know what bird they were looking to photograph, but the prothonotary warbler they scared away without even looking at is always a good bird to photograph this time of year.

The Fun Of Birding

I thought that this photo was a good one to show you just how small the bird can be in frame. This is actually a cropped version of what I see through my 600mm lens. You are looking for very small birds in the hope of following them right into a spot near you to make a photo. I was never good at Where’s Waldo, but I seem to have an eye for this. It is a fun game, and what makes bird photography so much fun.

I have been getting up early lately to see the birds. If you know me then you know that I am not an early bird. I like to stay up late and sleep in. You can’t photograph birds after dark, and they are very active at sunrise so I have been changing my routine up lately. When a bird is backlit by a great sky you have to just go with a silhouette. Lucky for me I have seen this bird enough that I immediately know what it is, and it is a different heron photo than I am used to making. 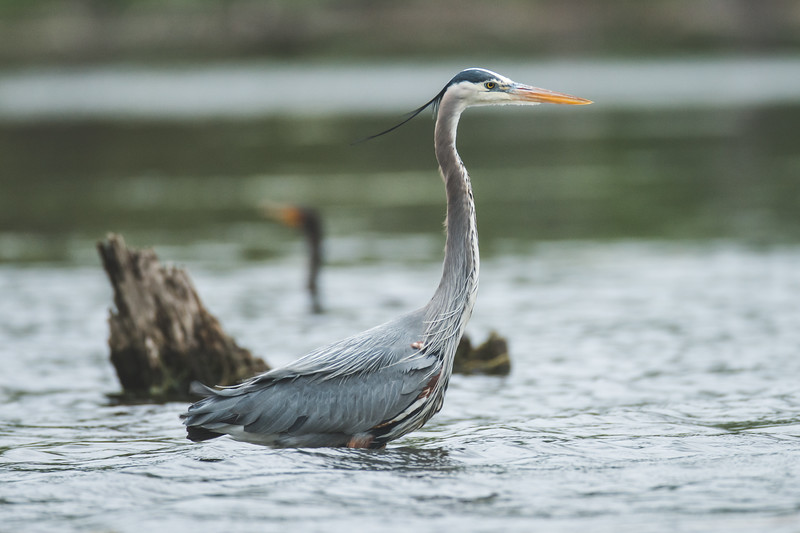 Twice during the day yesterday I had a heron photo photobombed by another bird. In the morning it was another heron flying by through the scene. Over twelve hours later is was a cormorant swimming through the frame in the back. I always like it when another bird is in the bokeh. It gives a little sense of depth, and it also shows that this is a great place to see them.

Don’t Forget About The Nuthatch

In the winter I make so many nuthatch photos. In the spring and fall though they become a bird that I am happy to see, but I usually skip the photograph. They are part of the welcoming committee for the warblers. When I see a nuthatch I know that usually there is a group of warblers following it so I immediately look for them. 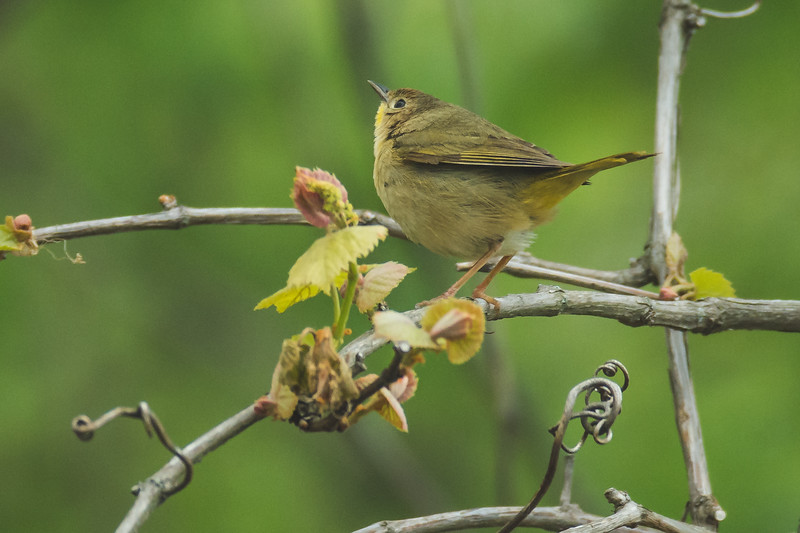 A Pair Of Uncommon Common Yellowthroats

I really need to change my name for these birds. Ever since I coined the name I have seen them everyday. Maybe I could change it to the Formerly Uncommon Common Yellowthroats. On second thought I think whoever named the bird probably had it right in the first place. This couple was hunting for food around my location near dusk. They were both nice enough to stop and pose for me before going back to hunting. 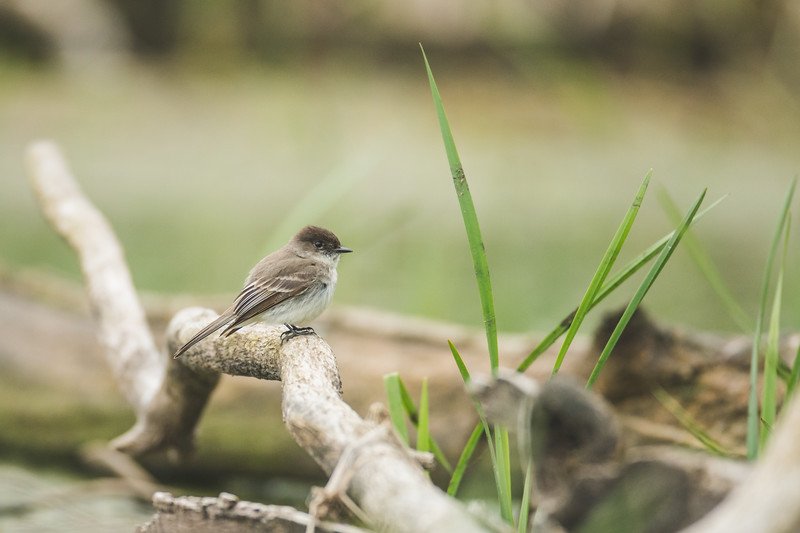 This Eastern Phoebe was eating so many bugs that it seemed like it was at a buffet. As it would go out and grab a new bug it would fly farther away to eat it. Then it would come back near me to hunt again. Should I read more into why so many bugs were around me?

A Meal For The Northern Waterthrush

As I was waiting for the grebe from earlier in the post to get close to me I was also watching this northern waterthrush as it hunted for food. It was mostly hidden in the grass, but it would come out every now and then. Here it seems to be smiling after catching a meal. These are very shy birds so it is always nice to see one up close.

The Glass Is Half Full

I went back out at night yesterday because I didn’t feel that I had the best morning. I walked away from the night session again thinking that I had not done so well. This is a crazy time of year. If I had this many birds in the winter I would have been skipping out of the bog. I was on a streak of seeing so many new birds to me though that not seeing any one day felt like a loss. Looking at my take from the day though I know that I had a good day. I didn’t make any award winning photos, but I had some cool encounters.

2 Replies to “A Change Will Do You Good”