When I first went out to Ocean City with the family in 2012 I found a minor league stadium just down the road with a familiar sounding name. It was not the Purdue that I love, but rather a different Perdue. It seemed like a good idea to check it out. At the local airport they always had a great display showing the team. Last summer I was finally able to make it to the stadium for a game. Of course a monsoon came through and shortened the game, but it was still a great experience. In the next few days a couple of Purdue stadiums will show up on this list. For now we will take a look at one spelled just a little different.

Seeing A New Stadium For The First Time

I love exploring new parks. This one was no different. The deck wrapping around the outfield was one where I knew that I would make a photo that night from. I tried it out above for the National Anthem, and it looked like it could work just fine. 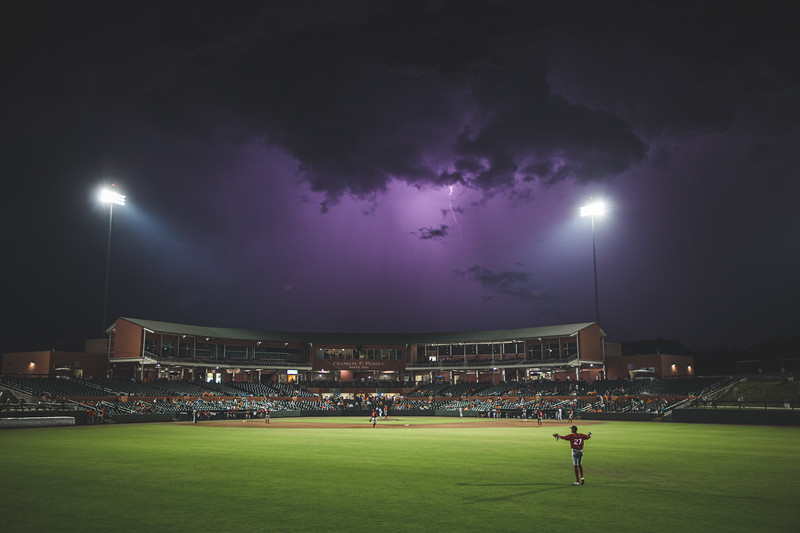 For a couple of innings there was a wicked storm heading right at the stadium. They kept playing and I was missing a lot of action sitting on a lightning photo. I finally made one shortly before the game was called. It was called just in time too as I barely had enough time to get under cover before the skies opened up. It was worth it though for the unique photo.