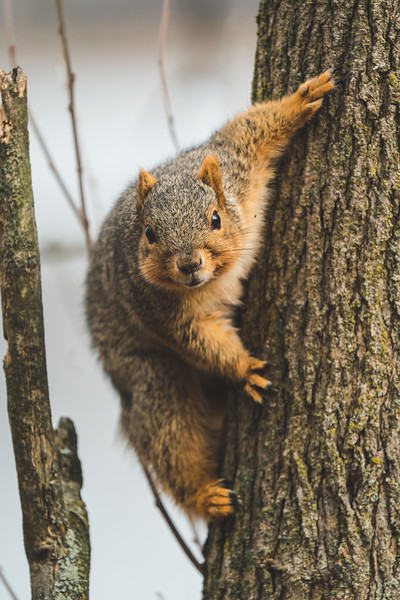 A Squirrel Doing Well In The Winter

This squirrel and I were startled when we saw each other on the trail. The squirrel went from startled to posing pretty quick though. Normally I don’t make many squirrel photos, but in the winter when the squirrel is eating well they look pretty funny. I am not fat shaming the squirrel at all. In their world the bigger you are this time of the year the better chance you have to survive.

It is funny how few vertical photos that I make anymore. If I post a vertical image it was most likely cropped from a horizontal. Most of my work requires horizontal images so that is where I am most of the time. With this squirrel though I realized that I wanted to be as tight as possible so I quickly flipped my camera to make the photo.

5 Replies to “A Healthy Squirrel”