My Ten Favorite Drone Photos Of 2019

I think every year at this time I realize that I don’t get my drone out nearly enough. It seems like the places that you can fly are shrinking, and I just don’t use it as much as I should. I love the perspective that I can get with my drone. It gives me another way to show a scene. I really do need to use it more. Here are my ten favorite drone photos from 2019.

10. This was the last season of Loeb Stadium. As the season was winding down I took the drone out to show the area as it looked before the old park was torn down. By 2021 I will be able to do this again with a new park facing the other direction. I will be interested in how that photo will look.

9. It seems like every January I find myself down by the river making photos of the ice floating by. Part of that is making this best of post and realizing that I need to make more drone photos. I also really like the way that it looks.

8. Campus is an interesting place to make drone photos. Near the clock tower you can get up fairly high and still be under its height. Who knows how much longer they will let drones fly on campus though. I really need to get there more before anything like that comes down.

7. This was part of an idea while out and about in the fall. I wanted to show the leaves leading you from the football field to the basketball stadium. It was that time of year when everything was getting ready to switch over, and this was a cool way to show that. 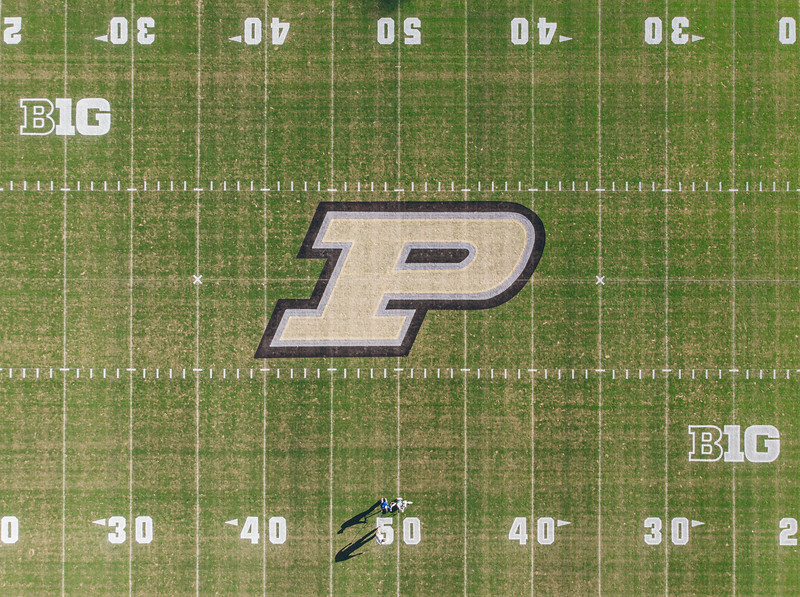 6. On the same day as the photo above I noticed the Purdue grounds crew painting the field for gamely. This is always a good idea for a photo, but I always think of it too late in the season. This coming football season I would like to get out there when the field is still healthy and green for the painting. 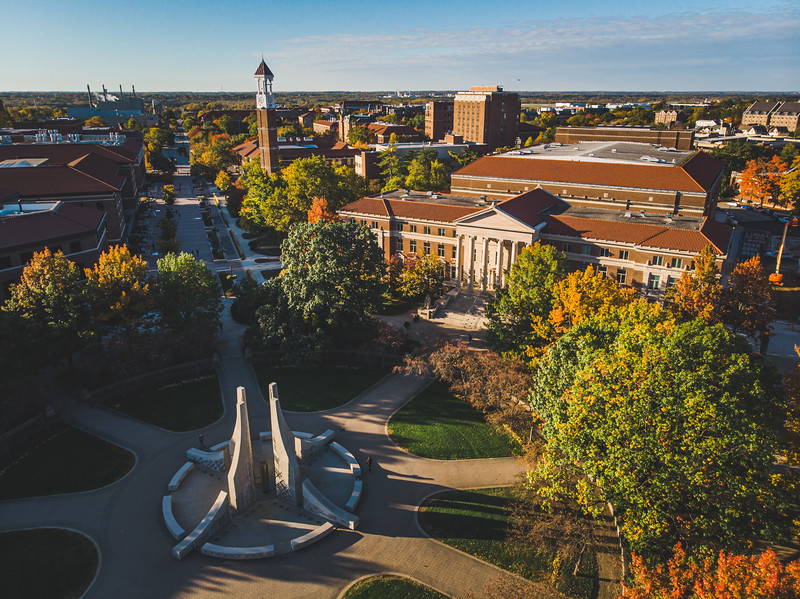 5. I love this area of campus. I have photographed it so many ways that I always think that I am repeating myself. With a drone I get a few more options for my compositions.

4. Normally I would never turn a fall foliage into a black and white, but here there was so much green still on the trees that I didn’t feel like I lost anything. I just liked the feel of this photo as a black and white.

3. While I was making the ice photo at #9 on the countdown I had the idea to photograph a car passing by. I was really rooting for some colorful car to come by against the white everywhere else around it. This blue truck with red in the bed was just what I was hoping for.

2. Speaking of color I love this sunset photo made from my house. This is looking pretty much straight north where the clouds were pretty cool. I love using the drone just to watch sunsets from my house. Another fun fact about this photo is that it was made during a tornado warning.