The Great Blue Heron Fishes At The Celery Bog

Some days are just not your day. That is how I felt yesterday at the Celery Bog. I kept seeing really cool stuff, but it was all behind something. The warblers are back, but they were hiding from me. I was heading out of the bog and home when I spotted this Great Blue Heron just off of the path. It was much closer than they normally are to me, and there was just enough cover for me to get near the waters edge. On a hot day with the sun much too high to make photos I found myself sitting down near the bog. In my mind if this heron was still out there in the heat than it was hungry. A hungry heron makes for good photos. I was right because almost immediately after sitting down the heron grabbed a fish.

For some reason when I saw the heron tensing to grab some food I immediately switched to video. I have photos of herons eating, but no video. I am glad that I switched. The heron was successful, and I had a pretty cool video. It is hard to believe how quiet it seems at the bog. Just before the video was made I could hear the sounds of Purdue football game day coming from the stadium. They must have been testing stuff out, and it was loud at the bog. Just after I made the video the work crew across the way came back from lunch and started pounding and sawing again. In the middle of all of that I made a very quiet video with just a few sounds of the bog coming through. That is a very cool thing. I had to wait a while to finally make a photo of the heron eating, but it was well worth it.

Patience Is The Name Of The Game

More than anything else that I do making wildlife photos and video requires patience. In all I spent about two and a half hours sitting by the side of the bog to make one video and one photo series of a heron eating. The video came very quickly, but I sat through several misses by the bird before finally making my photos. It was hot, and I was not happy at times. When I walked away with my goal though I was very happy. This all seems like it should be fairly easy, but often times it is not. It is the effort spent to get what you want though that makes it all worthwhile.

This year I am once again leading the Scott Kelby Worldwide Photowalk on the campus of Purdue University. This is a very relaxed walk that will be more about the fun of making photos rather than making the best photo. All skill levels and ages welcome. You can click here to go right to the page for the Purdue photowalk.

I made many frames of the catch. Here are a few of my favorites. 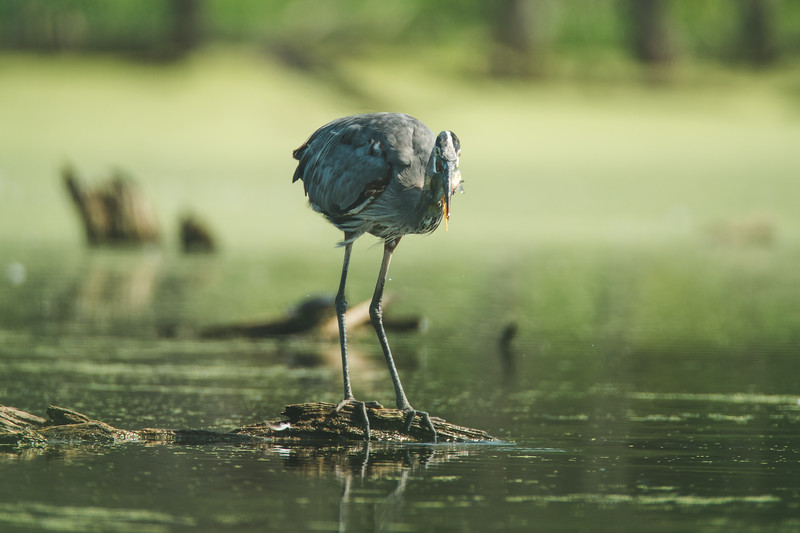 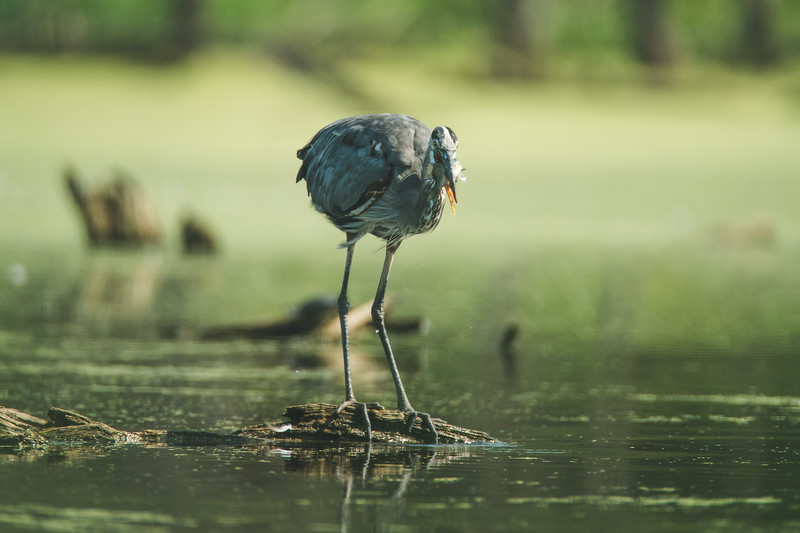