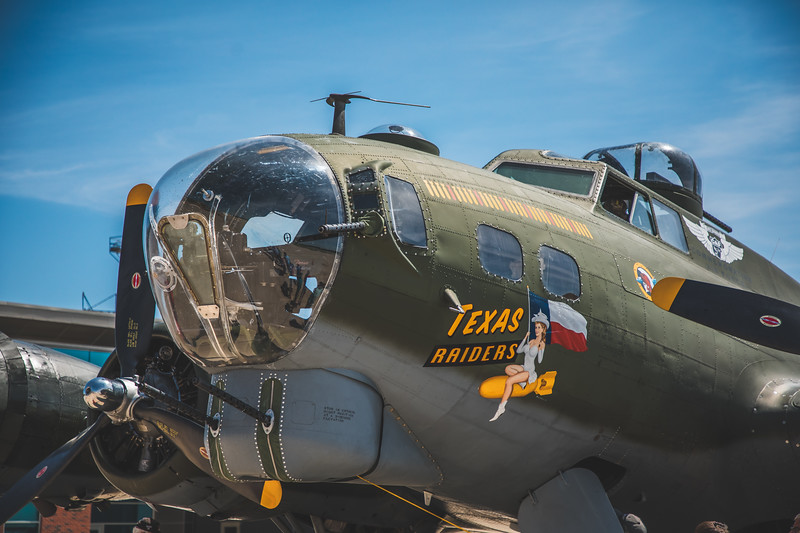 The Texas Raiders Come To Purdue

One great thing about living on a college campus is that you get some great opportunities. One of them is seeing historic aircraft come to the Purdue airport. This week we had the pleasure of touring a B-17 bomber. The Texas Raiders is a plane made too late to see combat, but at a time that allowed it to be used to show us just what the brave men flying these planes had to deal with. We will never know just how they felt, but it was amazing to see just what they had to do just to get to their spots in the plane.

The Influence Of Memphis Belle

I remember going to see the movie Memphis Belle with my father. I am sure that much of it is fictionalized, but it was my first chance to see just how dangerous these missions really were. To get to tour one of these about 76 years after the last flight of the Memphis Belle was pretty amazing.

I love that they took the time to send a message along with the bombs back in the war. This was a little nice touch on the plane that I thought that I would include here.