Last night I was back in town and back in Mackey Arena to photograph the Northwestern Wildcats women’s team as they took on Purdue. This was a great game that came down to the final shot. As the ball was rolling around the rim for Northwestern I was sure that the game would go to overtime. It did not though. This has been an interesting year as I have shot a few times for the Wildcats now. They have been great to work with, and it is always nice to make a connection inside of the conference where you live.

The Under The Basket Remote

For the first half of the game I used the hole under to the basket to make some photos. I placed my 5D Mark III with my Sigma 20mm lens under there. It gives me another angle of the action. With the newer underside of the scoreboard it also makes for a cool image. I don’t need a lot from this remote, but one good photo will usually make me happy. This is a great way to break up a photo gallery that can look the same from sitting in one seat. 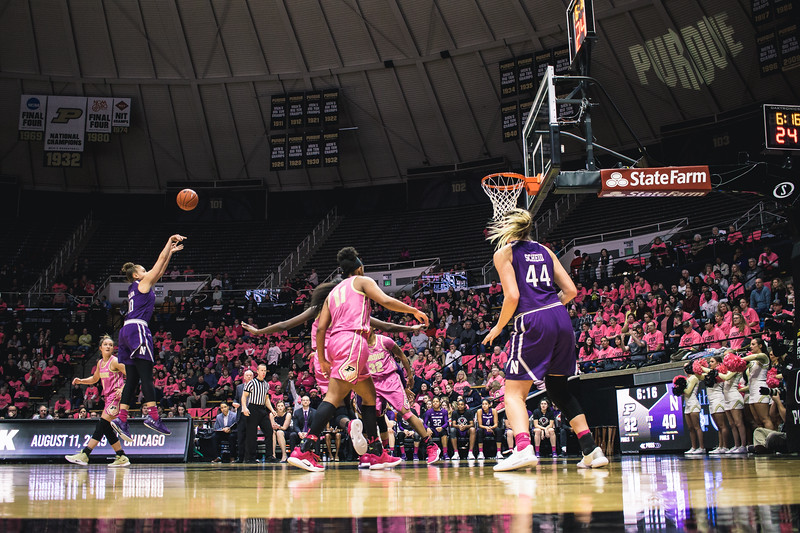 Moving The Remote Off To The Side

For the second half I brought out a new rig for a different remote shot. I used my Canon 7D MarkII along with a 24mm lens for crop sensor cameras to make this photo. Once again I was not looking for a gallery of images from this spot, but rather one photo to give the gallery a different look. When you can’t really move during basketball season remotes are a great way to make the gallery look good. 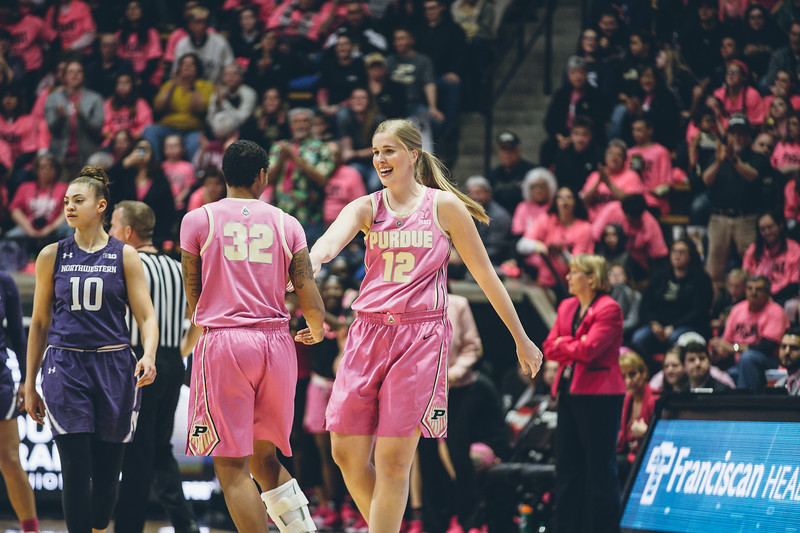 Even shooting for the opponent I couldn’t help but make a couple pictures of Nora Keisler as she returned to the court. Her senior season was derailed, but she has still been a great teammate this year. It was nice to see her get to play in Mackey one more time.

For years I have talked about making the best shot on a play. When Purdue hit a three with little time on the clock to take the lead there was really no picture to be made for Northwestern. I shot the jubilation after the bucket, but then was ready to do the same if Northwestern had made their shot. 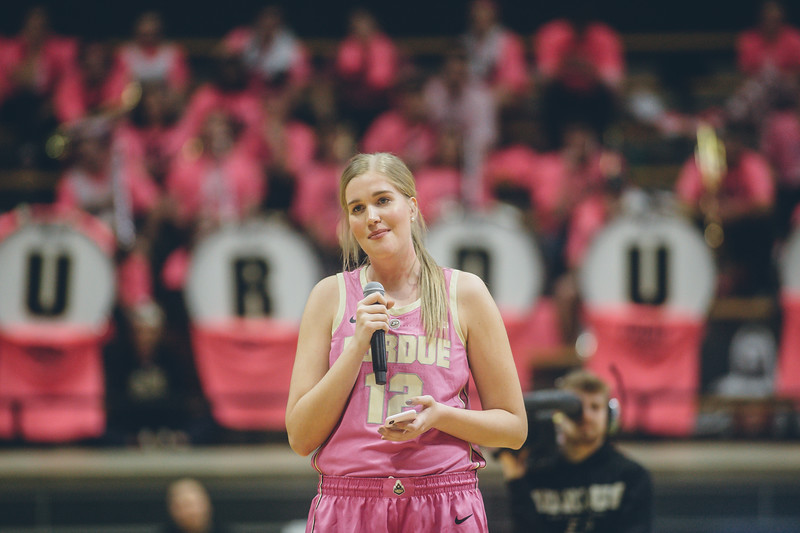 After the game was over I had my images already ready for Northwestern so I grabbed my 300mm lens and shot the senior day festivities. These are two special athletes that have done a lot for the program amongst other things. I wanted to help give them a good senior day gallery.

This was a week when it started where I wondered if this gallery would happen at all. I knew that I had no sports on the schedule with a family trip over the weekend. Some lucky wildlife photos and a sports job on Sunday made sure that I had a gallery to show. I have been doing this weekly roundup of my photos for over five years now. It is still fun to put together, and someday may take the place of this blog entirely. You can see my favorite photos from last week here.