For me after the first two days of the Austin City Limits Music Festival I was ready for a relaxed day. There were bands that I wanted to see, but not with the same excitement for Metallica, The National, or Paul McCartney. I had a blast hanging out in Austin Kiddie Limits with the kids for a while, and I enjoyed some new bands that I had not heard of yet. This festival goes by in the blink of an eye. They really have this thing down. You really never want for anything because they have already thought of it. The bus system is fast and so efficient. The food is well placed and really not too crazy of a price. They have plenty of drink and water stations everywhere. They also do a great job of making sure that the kids are taken care of. This festival has it all.

We basically had a camp set up in the shade at the Barton Springs Stage all day. We started our day with Mt. Joy and then saw Parquet Courts. They both put on a good show that was completely different from the other. From there I walked over to see X Ambassadors sing Renegades with our oldest. From there we only had two shows left, and we had already had a good day of music. Shakey Graves was a good way to close out the festival. 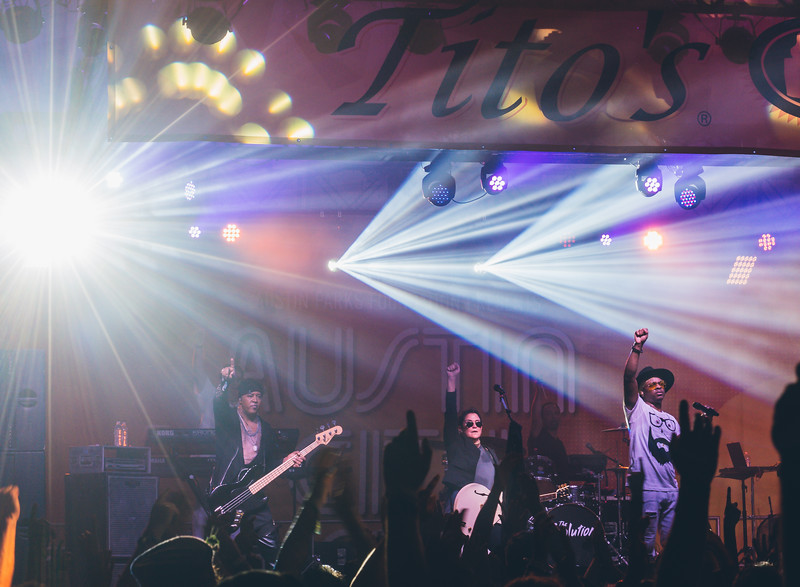 The Revolution Steals The Day

When the schedule came out for this festival I somehow missed one name on it. I was stuck at the top and a few around the edges. My wife in her infinite wisdom pointed out that The Revolution would be playing a small little tent. The former band for Prince had to be a decent show…right? As the kids say OMG. They put on a great show. It was one of those shows that seemed to go by in the blink of an eye. This was a great tribute that could have gone on for much longer. It was a great idea to add them to the lineup. They could have filled a much bigger stage as well. I am glad that I saw them in the tent though. It felt like a small show that very few people knew about.

Last year when I walked out of ACL I thought that it could be for the last time. My brother in law was moving to Lafayette so the convenience of having a place to stay right by the bus pickup was gone. This lineup was too good not to attend this year though. I think that we had our own little encore this year. I am sure that we will be back again someday because I love everything about this festival. I just don’t see it happening next year. Last weekend was my most requested work weekend of the year. All of those requests came in after I had this trip planned. It is a bad time for me to leave town. This lineup once again was well worth it though.