Day two of The Austin City Limits Music Festival was a hot one. At one point I checked my phone and the temperature was in the mid 90’s with the heat index at 105. The rain that was supposed to come in and cool us all down never came. With that in mind we found some shade to watch some shows from. That and a lot of water kept us all in good shape throughout the day. There were a lot of good bands on the schedule for Saturday. The day was all about Metallica though. I will talk more about that show later. 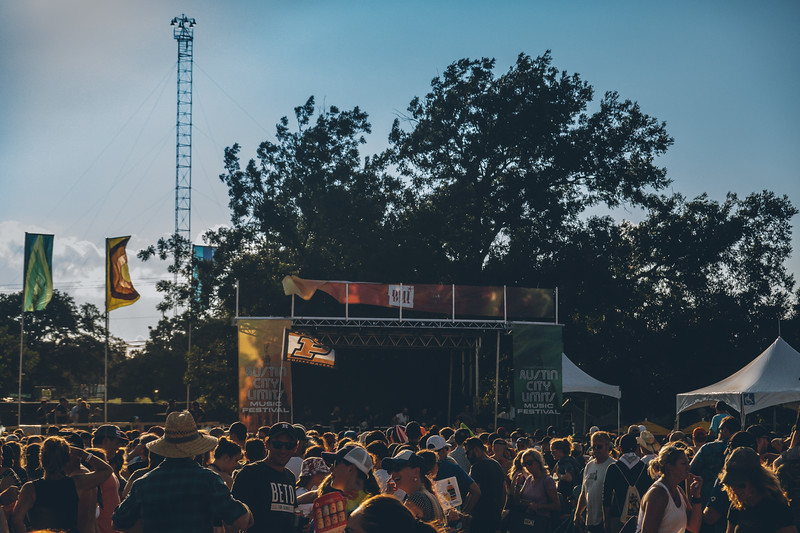 Every year I run into a Purdue flag or two at ACL. There is a sense of pride in seeing your alma mater displayed so prominently. It was game day against Illinois for the Cannon, and my phone had no service. I knew that the Boilers had a good halftime lead, but it wasn’t until the crowd took off for the other side of the grounds to see Metallica and Lil Wayne that I finally had service to see that the Boilers won.

Some standout shows not named Metallica from day two were The Wombats, Chvrches, and Trampled By Turtles. The Wombats were a band that I found this past year. Driving so many miles to Indiana State and back allowed me to listen to the radio quite a bit. It was great to see them live. Trampled By Turtles were a suggestion by my wife. I learned a long time ago that I should listen to those suggestions. They were a great way to spend an hour. When they were finished Chvrches started their set. My youngest watched them live from ACL last week so she knew a little of what was to come. She danced her way through the entire set really enjoying herself. They were the weekend standout for her. During the Trampled By Turtles set I made my way over to the top of the hill to see Disturbed for a while. I always think that the screamers in rock have a short shelf life. I can’t see those voices holding up. So far so good for Disturbed though. They drew a heck of a crowd and from what I heard put on a good show. I stayed for two songs and enjoyed what I heard.

One great thing about this festival is how they make it for the entire family. Austin Kiddie Limits is really a great place to hang out with the family. On a hot day like Saturday it was even more so. The shaded trees were a perfect way to let us cool down, and the kids have some fun. They have so much going on that it took both kids three days to try it all. We ended up with some great souvenirs that were made by both of them, and they got to have some fun as well. This really is part of what makes the festival so much fun. 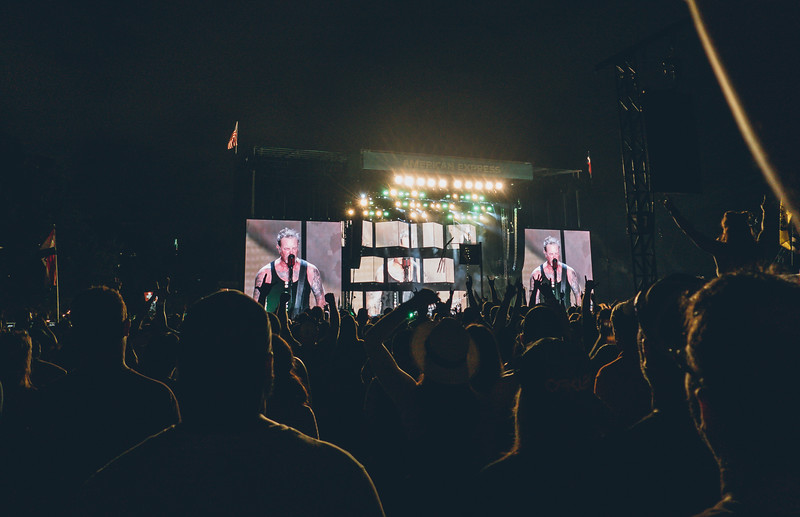 This has been a great couple of years for me. I was able to see Metallica on Father’s Day last year, and now I was able to see them again a little over a year later. Usually on this tour Metallica has been very predictable with just about three songs that can be replaced. When song two started I knew that we were in for a good time. This was a great set with some stuff that I was not sure that I would hear live again. They rolled through the set, and when I knew the show was winding down I was not happy. Not because it was bad, but because it was such a great show. They really can still rock, and I can’t wait to see them again in March.

After the Metallica show I was part of the zombie like walk off of the grounds. We all just file through cattle gates to the buses that they lead to. One of the many things that ACL does well is bussing. Even with a huge surge of people leaving they are prepared. I walked right up to a bus and got on it. What a bus it was. A Michael Jackson DVD was playing over the TV system, and the driver was getting into it. The people on the bus were singing along as well. It was a cool moment watching people just have fun with the short ride home.