When Does Football Start Up?

As you know I am an avid baseball photographer, but that is the one sport that really doesn’t pay. I could shoot all summer long for free, but I don’t like the restrictions on my free photos that some tack on. Once football season starts the real work begins again. Until then I guess I will stretch my creative mind with some photos like the one above. I bought a Pluto Trigger and the Pluto water valve to try something different. The Pluto trigger is a cool little gadget that has a few uses. The water valve looks like something made in middle school electrical class. It took a second shipping out to me until I had one that could function. It is brittle, and hopefully lasts until I can do this again. When they are both functioning though you can do some cool things.

This was my first real test of all of this. Now that I know a little more about how everything works together I can get a bit more creative. When I get some time I want to do this with a little color in the water to see how that changes everything. At some point I also plan on messing around with the liquid to try other things than water. This will be a fun way to spend some of those cold winter mornings I think.

The Long And Winding Road

I ended up playing some Beatles music while setting this up as it can take a while to find the right settings. Everything is done in milliseconds, and finding that sweet spot where the droplets hit can be a challenge. Below are a few photos showing the various stages in the process. You go from just finding the right timing of the initial drop moving upward to finding the right timing to release the second drop. During that I changed lighting setups which also brought me back to square one with the timing. In the end though I think that I made a cool image that shows up at the top of this post. I wanted to leave my setup intact until I could try it again, but I needed some of the equipment to photograph the fireworks. The next time I set this up I will have a baseline to start at, but I will still need to start from square one with my settings. Anyway enough talk here is the progression of my testing up until the final shot. I only added the second photo because I thought that it looks like Jar Jar Binks. Don’t worry my wife is a psychiatrist. 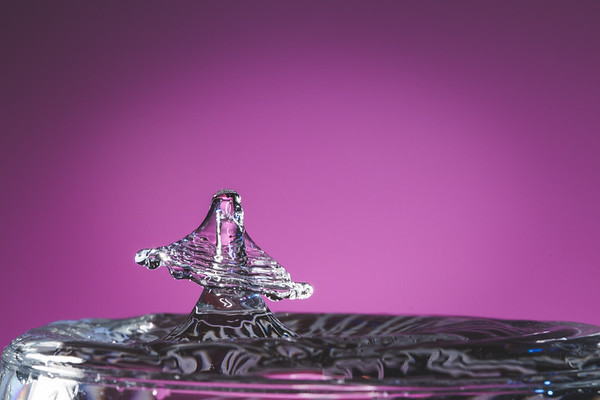 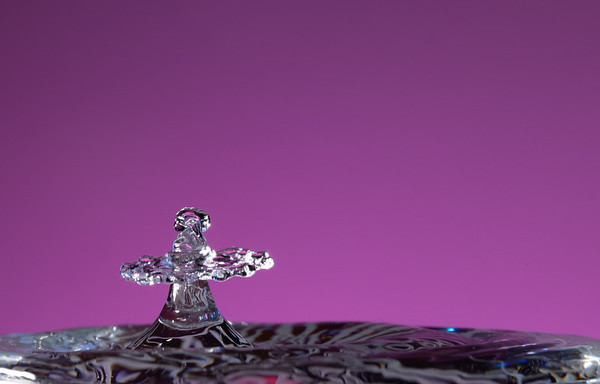