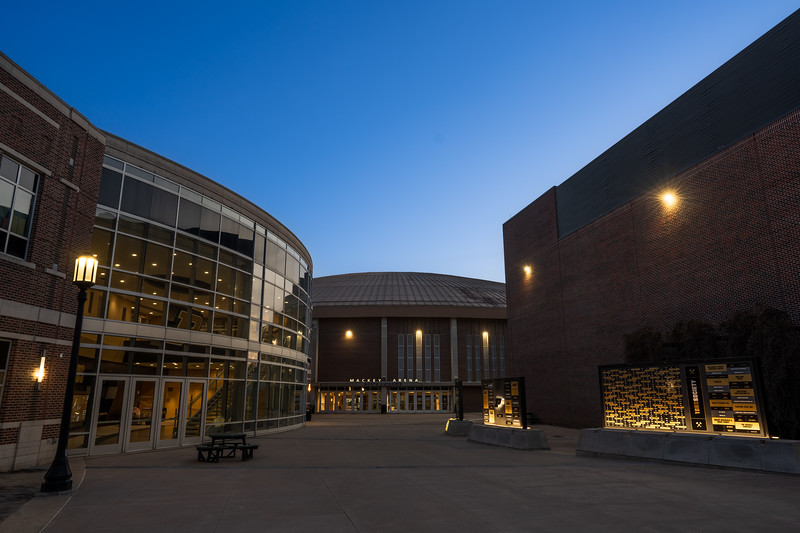 Saturday night I was dropping my oldest off at softball camp in Mollenkopf and I knew that we would be pretty close to sunset. It is crazy that just to drop someone off I need a camera, but the kids are used to it at this point. Earlier in the day I had my camera inside of Mollenkopf making photos of my youngest during her camp. The clouds that were on their way were too late for sunset, but that left me with a nice blue hour sky. I am not a fan of the way that the student athletes were replaced with donors outside of Mackey, but the gold looks good against that blue sky. This little area is one of my favorite spots to photograph on campus. Being parked right next to it during blue hour it just made sense to walk over and make a photo.

This weekend was full of softball camps, and that continues this coming week. This season is coming up quickly. Photographing the girls as they play their seasons is one of my favorite things to do. At times it feels like I have been training for years just for those little moments. Last year I also had some great moments with some local softball teams. The softball season can’t come soon enough. This weekend was just the first of many coming up that will be full of softball.