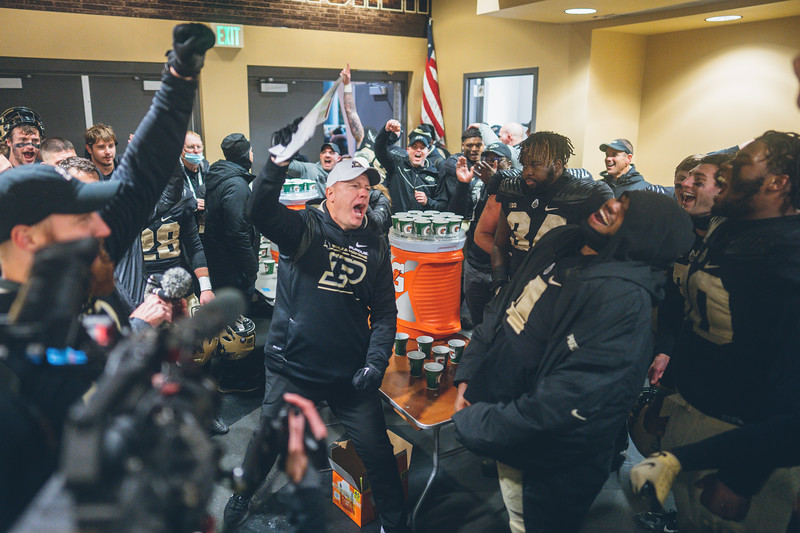 You Can Go Home Again

For a couple of days now we all knew what was going to happen. After another successful season at Purdue a job opening at Louisville opened up. I was always the biggest Scott Satterfield fan. I hoped that he would retire the coach of Louisville. I knew that the next time the job opened up it would be too much for Brohm to pass up. I don’t blame Jeff one bit for wanting to head home to a place that he is very familiar with. As a Purdue fan you can’t be mad. You have to sit back and realize what a great run this was.

Stop and think about what the last six years have been for Purdue football. We were coming off of maybe one of the worst eras of Purdue football ever. In that time he took Purdue to four bowls and the Big Ten title game this year. Stop and think about that. Two straight years of eight win seasons and a place in the Big Ten title game. In his career here he was 32-26. Six games over .500 is pretty good. When you consider that the previous guy was 9-33 you quickly realize just how amazing this entire turnaround has been. There have been some big moments during his tenure here. It started in Indy against Louisville with a Heisman candidate going against us. Nobody gave Purdue a chance, but that team was fun to watch. I think that for the most part during this tenure that is something that you could always say. Even in a loss they were exciting. I think that without a doubt the highlight of the run for me was the Tyler Trent game. I have never wanted a Purdue win so bad in my life. Purdue had a great plan, and knocked off the #2 team in the country at home. I am rambling a big here, but I will say that when he was hired we hoped for something good, but I don’t know anyone that expected what we got so quickly. For that I will be forever grateful to Brohm for what he brought to Purdue football. At the turn of the century the upgrades to Ross Ade Stadium were directly linked to the success that Joe Tiller brought to the Purdue football program. Next year when you walk into the newly renovated Ross Ade Stadium you will see the additions made possible by the success that Jeff Brohm brought to Purdue. Good luck at Louisville Jeff and thank you for everything that you brought to Purdue.

What’s Next For Purdue?

The Brohm hire was a big one for Purdue. Another stretch like what they had just come out of, and you might find yourself moving down to division 2 football. Bobinski absolutely knocked it out of the park with the hire. Now the hard part comes in building on what Purdue has built over these last two years. We as fans expect to win now. A top five opponent did not scare me. In fact I liked the idea of Purdue shocking the world. I don’t know where Mike Bobinski goes for the next coach, but man he has shown that he will find the right person for the job. When Brohm came to campus there was a hole in the ground. There was not even a foundation to really build on. Brohm quickly started building and it was more than we could have expected. Now it is up to the next person to take this school to new heights. The sky really is the limit.

2 Replies to “The End Of The Brohm Era”