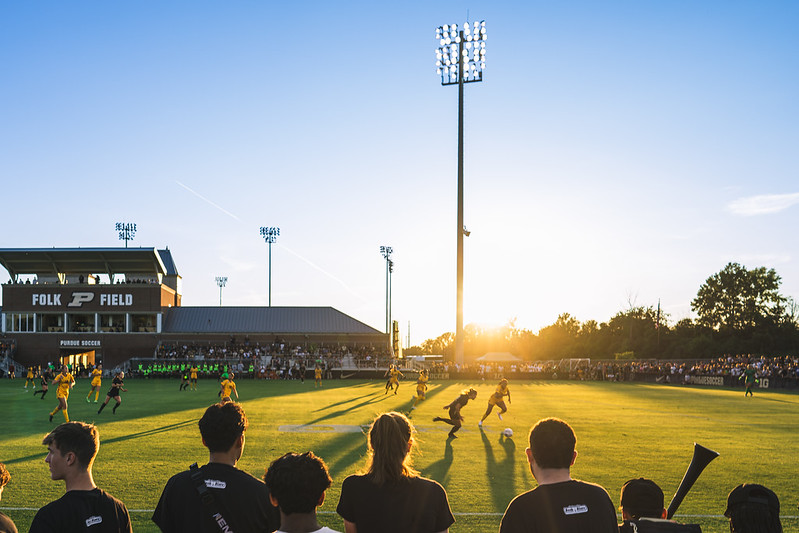 Purdue opened up their season last night with a convincing win over a top 25 school in front of a record crowd. The last time that I was at Folk Field I was watching Purdue win an NCAA Tournament game. This team looks like it can make some noise again this year. There were some names that were new to me that looked very good last night. I don’t know how many games I will make it to this year, but I would like to capture a nice Folk Field sunset. Last year it seemed like they just never would work out. Maybe I will go and try the one camera challenge on another night when it is not so crowded and I can move around a little easier.

Last night I really had no intention of heading down to Folk Field to watch the soccer match. I knew that the stadium would be packed, and that it would be hard to watch the game in person. After watching a bit of the game on TV I decided to head down and just try a couple of things. With no credential that meant that my camera bag would have to stay at home. I only took one camera and one lens. I thought that it would be a fun challenge. I was not at the game long, but I did manage to see a couple of goals scored. I don’t know that I made any great photos, but here are a couple from my time at the game.