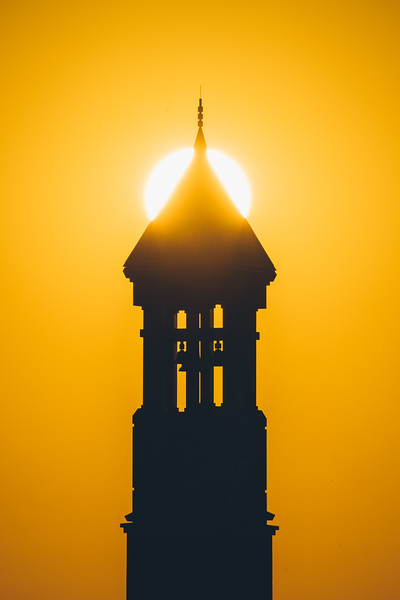 Watching The Sun Set On Campus

Last night I went up to campus with a couple of late night ideas in mind. The first was to capture the sun setting behind the Purdue clock tower. I had this idea for a photo, but didn’t know if it would work out. A last minute change of location helped me make the first photo that I had in mind. These are always crazy photos to make as I am not the mathematician that is needed for precise coordinates of where to stand. Like this photo it is usually me in a spot where I think I should be with a late scramble to the proper spot. I was at least in the right area which is half the battle. When it all works out it is hard to beat that feeling.

Yesterday I posted a photo of the clock tower with the moon at the tip of it. Today of course I swapped out the moon for the sun. I moved to the other side of the clock tower to get this photo. I told myself that I would stop making so many photos of the clock tower, but if the opportunity to make something that I haven’t before presents itself I have to do it.