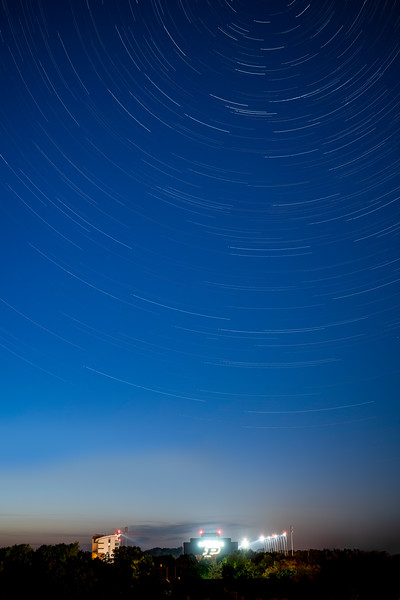 The Stars Over Ross Ade Stadium

Tuesday night I had a fun night on campus making some photos. When I was out making photos a week or so ago I had the idea for this photo. It takes a while to do though so I knew it had to be on another night. With no moon in the sky Tuesday night was the perfect night to try this out. I have done a few star trail photos with the Ross Ade scoreboard, but this one is a little different than those.

When I make these photos I usually start my photo series just after sunrise when there is a little color in the sky. As the photos stack up later that color fades a little, but remains just enough to give me an interesting look.