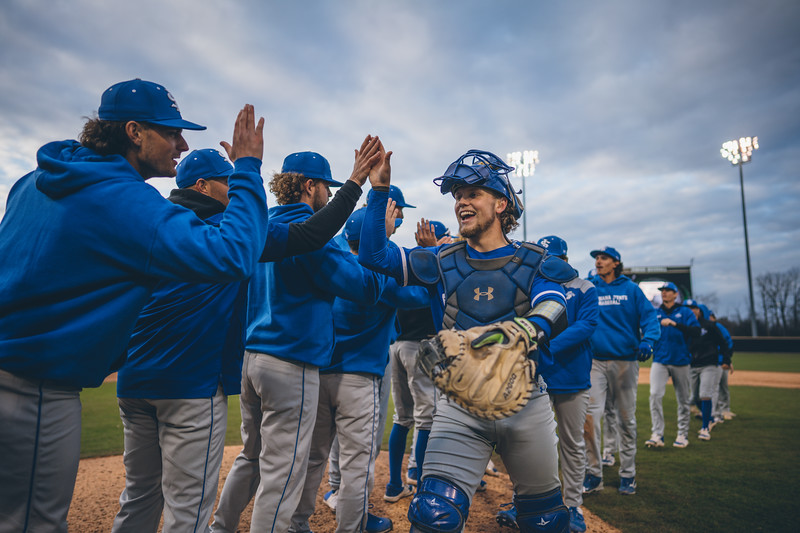 It is hard to believe, but the last time that I photographed the Sycamores before Wednesday night was in June of 2019. That was the last game of the Nashville NCAA Regional. I started and ended my college season with the Sycamores. In 2020 they were slated to be my first game of the season, but of course we all know how that all turned out. It was great to see the Trees again, and even better to see them get a win. A few years ago when Purdue got a new photographer I was no longer asked to help Purdue out. When that happened luck brought Indiana State and I together. We did some amazing things together for a few years. When a spot helping out here at home opened up I had to take it. As much as I loved making photos at Indiana State the four hour round trip rides for every game were starting to get to me. Lately of course things have a familiar feel to them with the same thing happening again at Purdue. With everything going on with extra curricular activities with the kids the road trips that I used to make are no longer an option. I need to get back down to Terre Haute more often though. A lot of good memories that have been made down there. More important than that a lot of good friends are down there as well.

A Stroke Of Luck

This game was circled on my calendar for a while now. Of course a week before the game my little ones schedule came out for softball and she had her first practice at the same time. I realized that I had to miss the baseball game which did not feel good, but was obviously the right choice. A longer than normal game along with extra innings allowed me to get to the 10th inning of the game to make some photos. I had planned on going out anyway just to catch up with old friends, but getting a little baseball in was an added bonus.

For this game I had two bodies and two lenses with me. In the near future my kit will dramatically shrink so my 135mm lens will be my longest glass for night games. My 70-200, 400, and 600 will all be gone by summer. For what I will be doing the 135mm lens will work just fine. Here it really was the perfect lens to let me get in on the action. For my wider photos like the first two in this post I used my 24mm f/1.4 lens. These two lenses together will help ease the loss of some of the other glass.