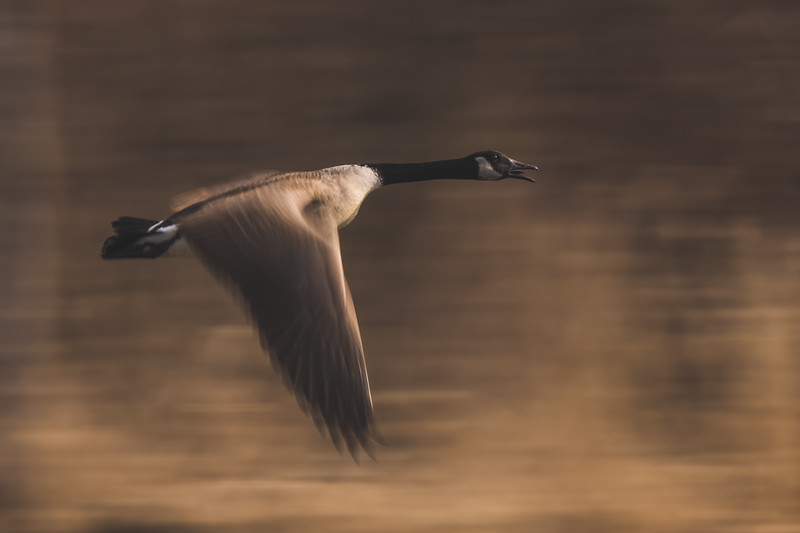 Monday morning I took a walk out at the Celery Bog to make a few photos whatever was there. The important thing was getting out of the house and making photos. What I made them of really didn’t matter to me. When I saw the back pond full of geese I knew that I wouldn’t be too excited to stay too long. Then I decided to play a game I used to play at sporting events all of the time. I called it ‘how low can you go?’ I started making photos of the geese at 1/60th of a second to pan with them and show off some motion. One of the photos I made at 1/60th of a second is above. Once I feel that I have made a couple of photos at that shutter speed I would go down a little. I kept going down until I was at 1/20th of a second. I was not getting many keepers at that speed, but it was fun trying for sure.  The sun was staying out longer than it was supposed to so without an ND filter 1/20th was about as low as I could go. It was a fun way to get some panning practice in with birds that are not too predictable. 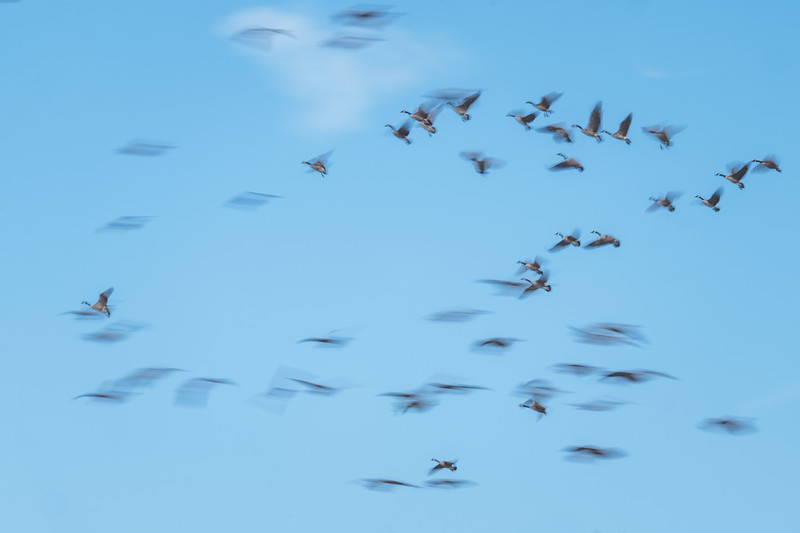 When you see a pond full of geese you know that you will probably never sell anything that you make. I started practicing some of the selfish photography that I have been doing with my sports work. I was making photos that I thought I would like. This was one of my favorites on the day. Two groups of geese were converging from opposite directions. By panning with one group I have them semi-sharp with the other group just blurs. These are different wildlife photos for me, and that is what makes them fun.

Here are a few of my favorite panning photos from the day. In reality when panning you know that you will get very few that you will keep. I think that since this was such a fun experiment I kept more than I normally would though. 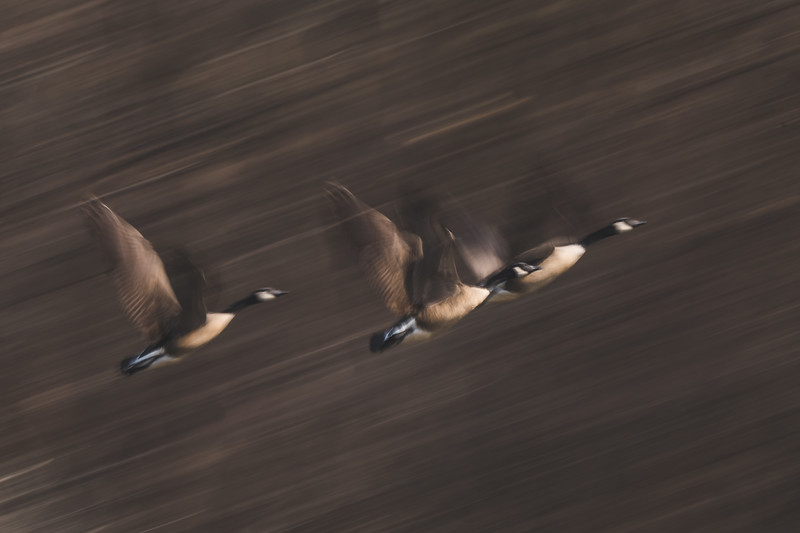 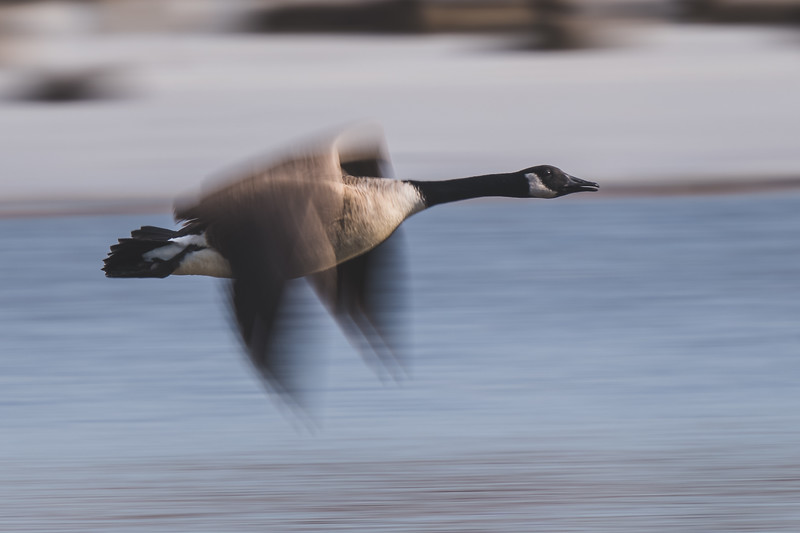 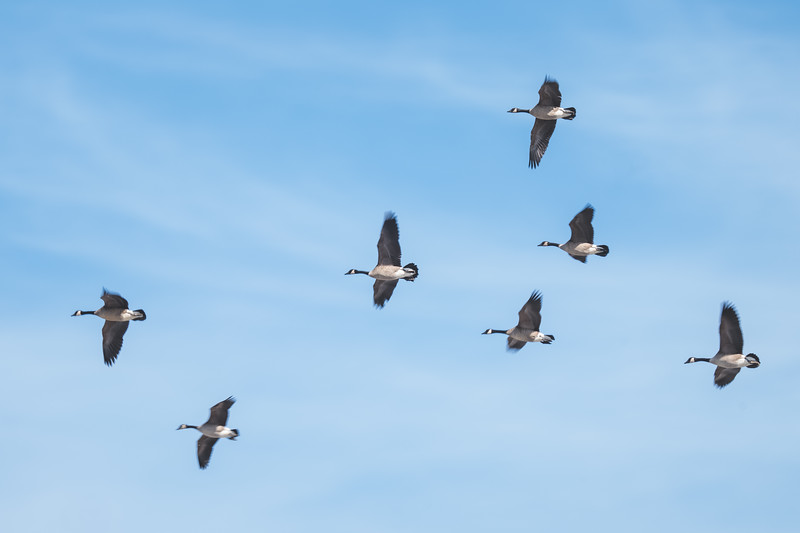 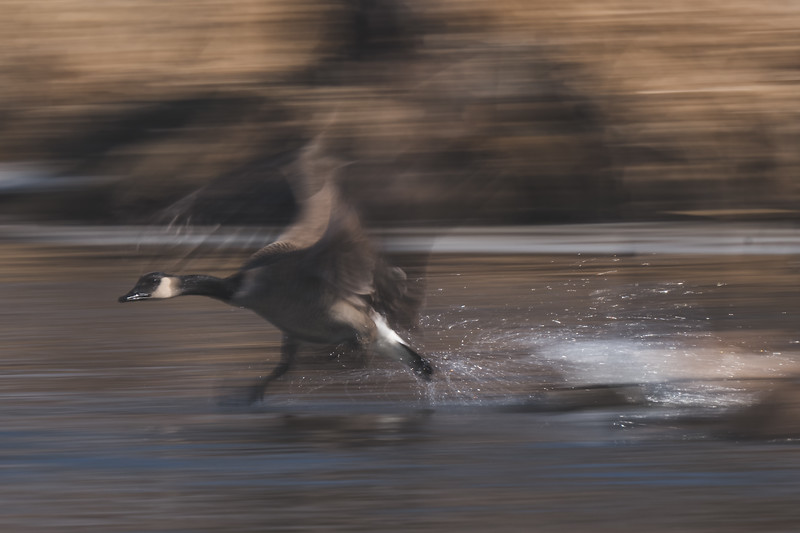 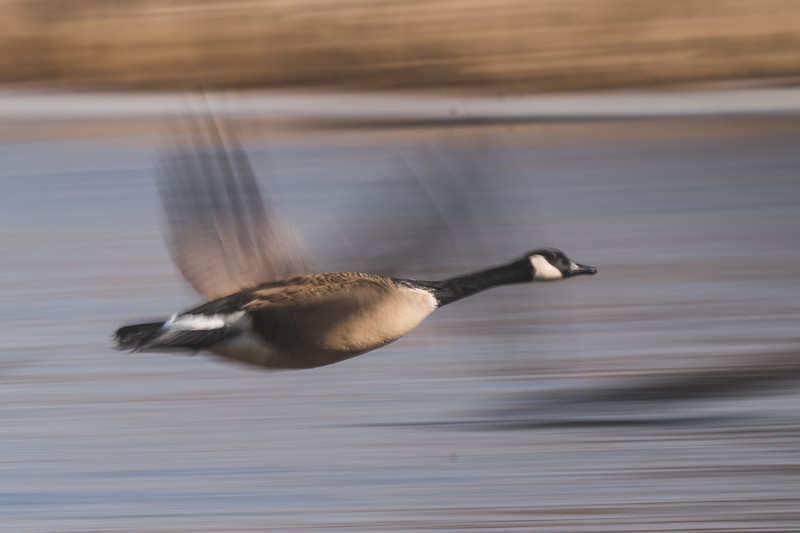 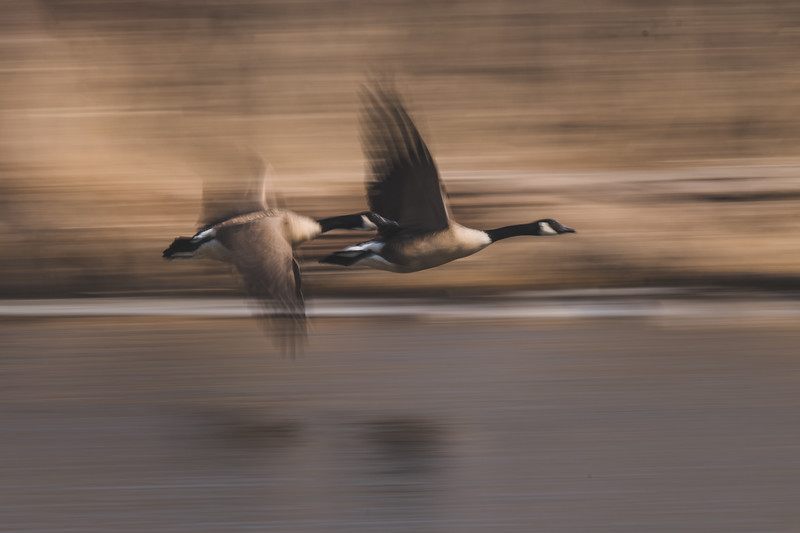 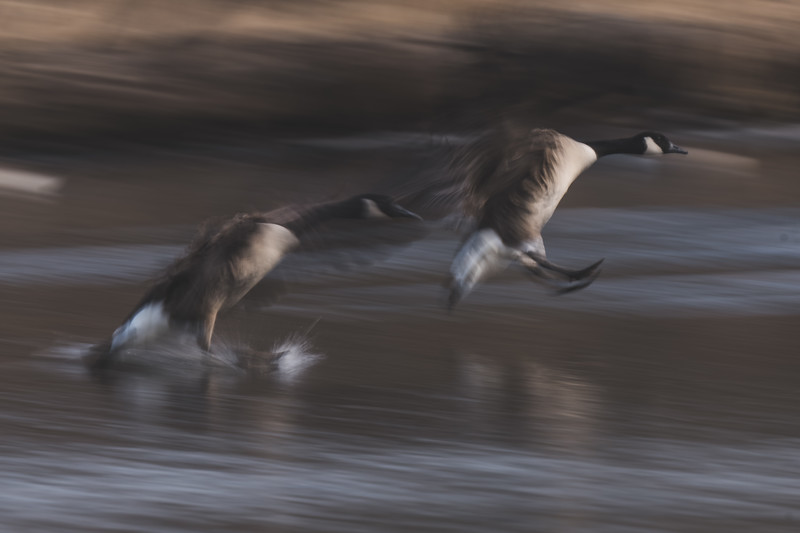 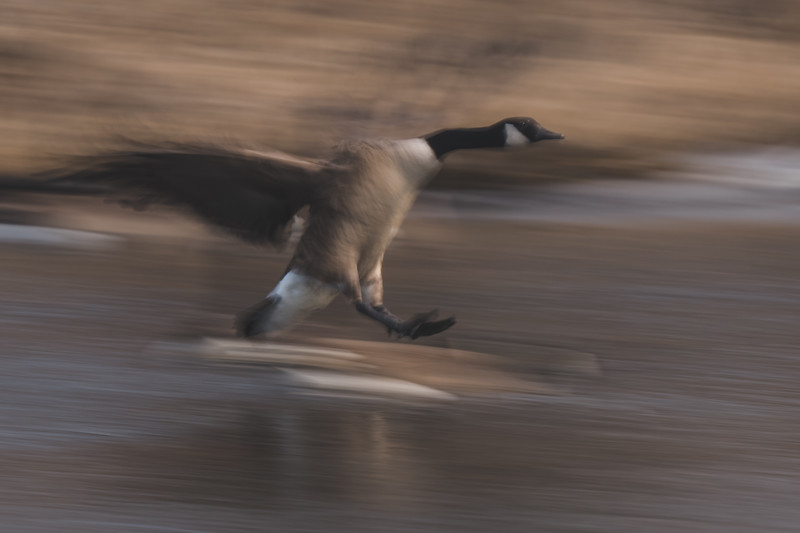