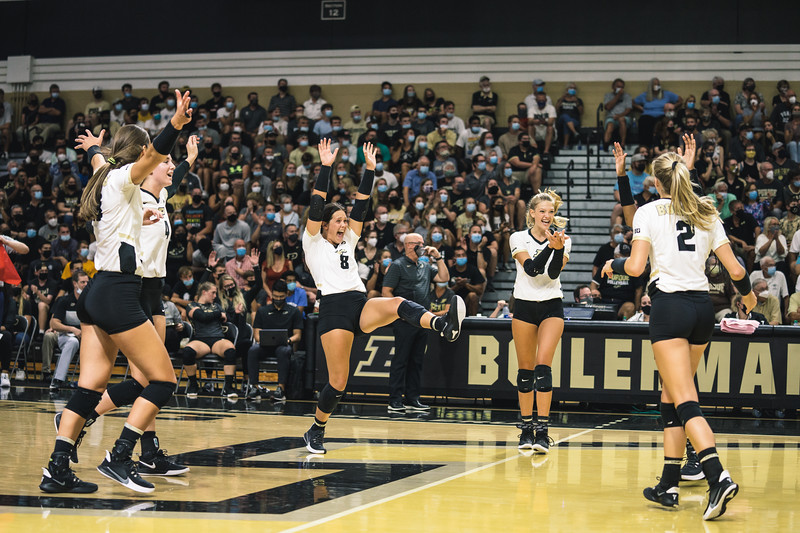 What A Night To Be Back In Holloway Gymnasium!

Friday night was a fun night. When I went into the game I was not prepared for how much hearing Hail Purdue by a real band with real fans would hit me. It was so cool to hear the song played live again. It was even better to hear the crowd erupt with every point. I can only imagine how loud Ross Ade Stadium will be on Saturday night.

When I am making photos for a school there are some that I know probably won’t be used for anything. When I make them I always say something to myself like “this ones for me.” This was one of those moments. Just before the team came out for introductions they play a pump up video on the two video boards in the arena. I love these moments as the players look for themselves in the video. It might be my favorite photo of the night. 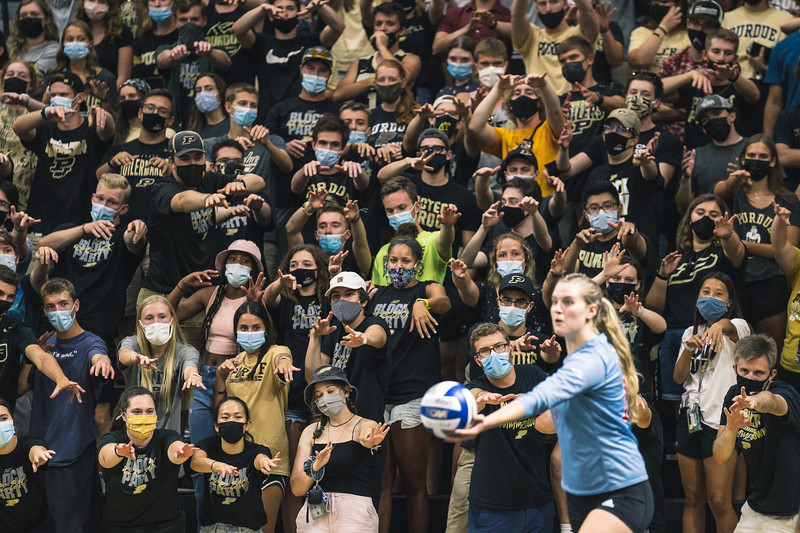 Last year was a weird sports year. Without the fans and the band the games seemed kind of boring. They seemed like elaborate practices. Fans in the stands give that extra energy that can also feed the photographers as well as the players. I have had moments this year at soccer and volleyball already just soaking the environment. I really missed this. As the year goes on I can only imagine how the Boiler Block will impact games in Holloway. 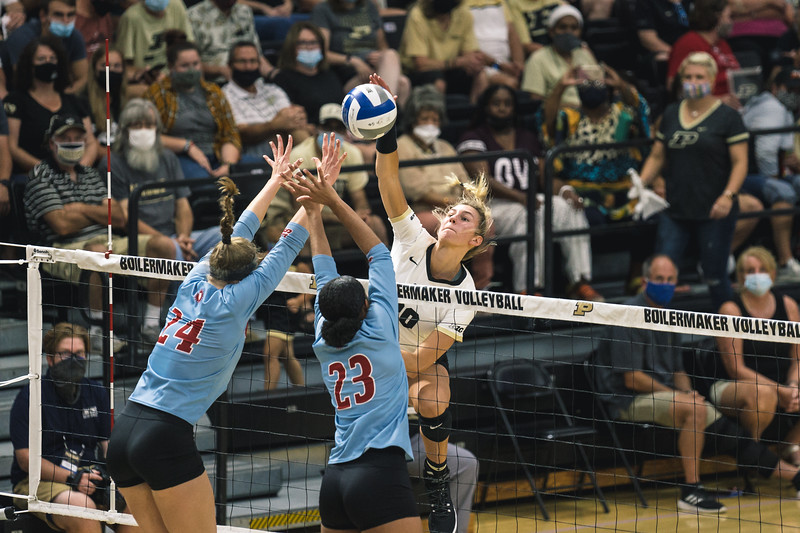 This is a weird week. Today I have soccer at Purdue. During the week I have one high school volleyball match that I would like to attend, but with teams already starting to have Covid issues I don’t think I can really plan on being anywhere. Of course next Saturday night is the Purdue football game. As we move into September it is finally starting to feel like the fall sports season is here. If you have an event that you want covered this week let me know and we can work something out.

Here is a link to my full gallery from the game on the Purdue Exposure page.