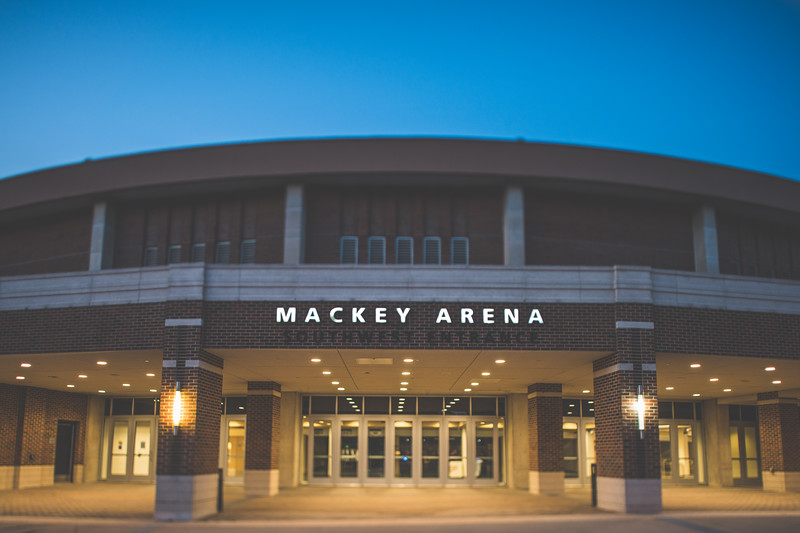 Last night I was on campus making photos with my little one, and we were heading home when I saw how great Mackey looked during blue hour. We pulled off the road for one more photo. At this point in her life she is used to one more photo, but even this one was pretty cool. The lights were beautiful with the blue sky overhead. While we were making the photo my daughter talked about a cool smell in the air. I told her that the smell was what the arena smells like inside. She has been in the building a few times before, but like many it has been a while. Hopefully we can put this virus in the rearview mirror so that we can enjoy things like a full Mackey Arena again.

Why Get Rid Of The Color?

I pulled over to make a photo of this scene because of the colors. I never once thought that I would pull them out of the photo intentionally. Sometimes though I want to see what a photo will look like in black and white, and this was one of those. I honestly can’t say which one I like better so why not post them both?

One Reply to “Blue Hour At Mackey”