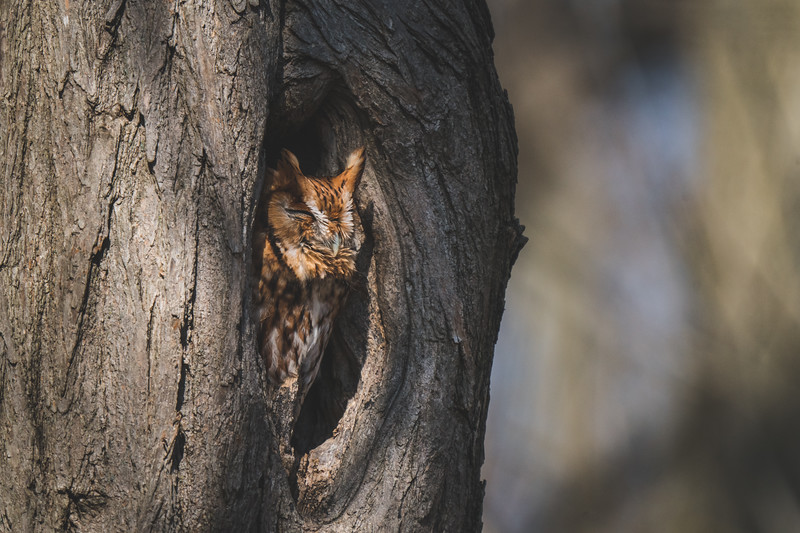 Spending Some Time With Ruby

Friday night I went out the the Celery Bog with the idea of making a few photos down on the water in good light. When I pulled up I saw a photographer with his camera on Ruby. At the time Ruby was in the shade, but that quickly changes as the sun moves. Just before the sun hit her again we saw a tufted titmouse and a white breasted nuthatch that came into the area. The titmouse definitely got the attention of the owl. She seemed upset, but quickly close her eyes again. When the nuthatch started calling though the owl backed up back into the hole. I stayed for another hour and never saw her again. It is always fun to get a good look in good light.