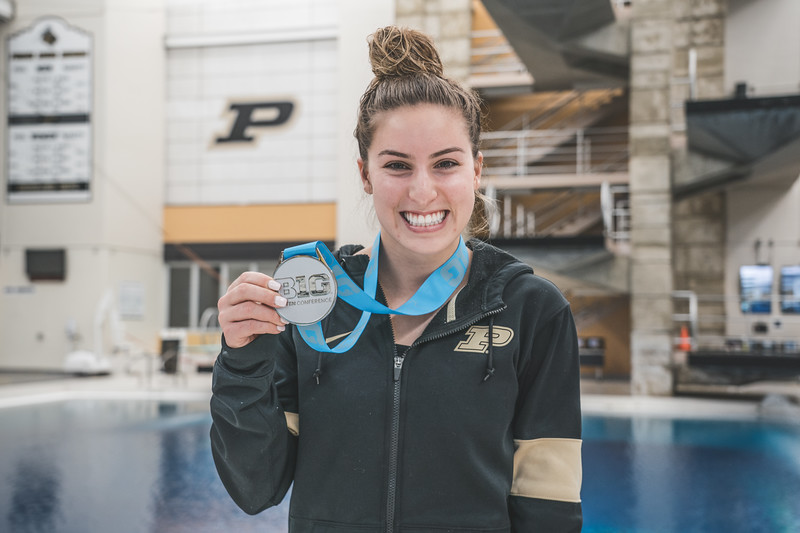 Last night was a fun one. The fun part about a championship is watching the way that everyone reacts to the events of the day. Some are the Cinderella story and some just have a bad day. I really enjoy capturing those joyful moments. After nearly a year away from those moments it has been fun to be back. 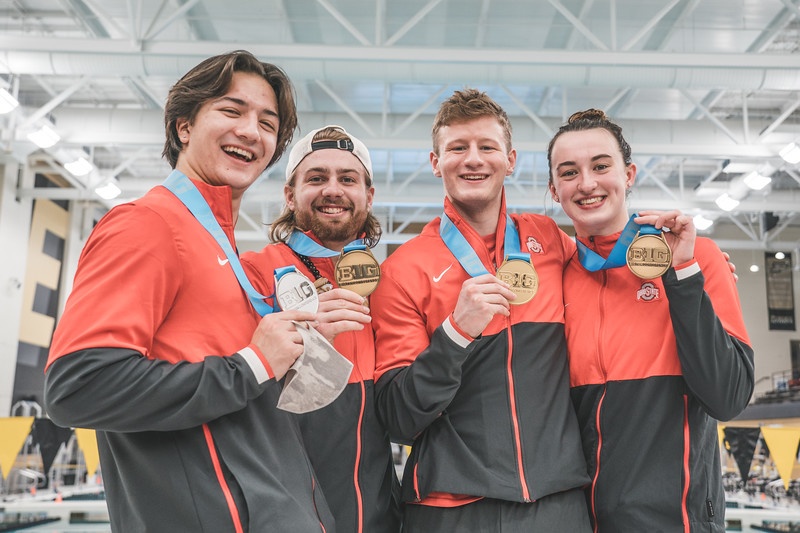 Last night Ohio State took home four of the six medals awarded. It was a pretty impressive performance so we had all four medalists on the night pose for a photo. Winning really looks fun. 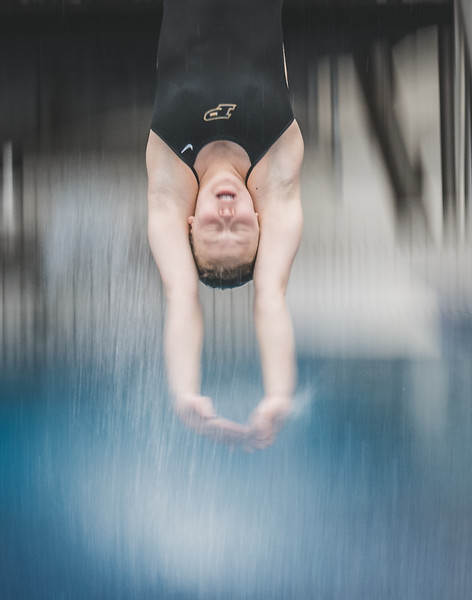 This was by far my favorite photo of the night. While I was waiting for the men to have their awards ceremony I had some fun making images of the women diving at a slower shutter speed. I had this idea for the photo and got really lucky that I did it on my fourth try. It is a very high impact sport, but here it looks kind of serene.