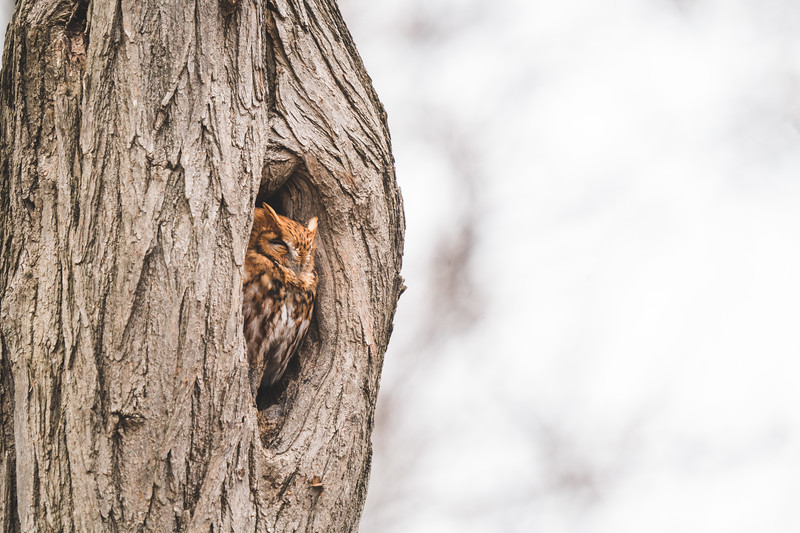 Having Some Fun With The Screech Owl On A Cloudy Day

Last week I got a tip from a friend that the screech owl was out. The school day was over so I went out to the Celery Bog to see it. It was a cloudy day and I normally would not have gone out, but I just wanted some fresh air so I went over to see it. I am glad that I did.

A while ago I tried my hand at video out at the bog. I was using a 600mm lens and using a monopod. That is not a good combination for video. I decided to take a tripod out to try some video this time. It worked fine, but I think that the head of the tripod was not doing me any favors. Next time I will try again with a different head and see if it helps out. This was still a fun way to spend a little time, and I was lucky and the owl actually moved when I was recording.

I normally don’t go for the white background look. That is why I don’t head out to see the owl on a cloudy day. I decided to embrace it a bit though and overexpose it so it was totally white. It is a different look, and I had some fun watching my new friend from afar.

3 Replies to “The Screech Owl On A Cloudy Day”