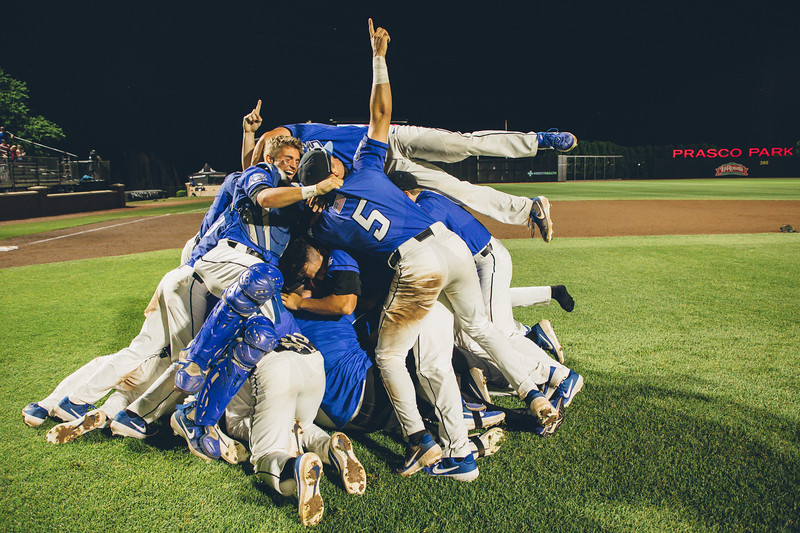 I have been lucky in this short sports photography career that I have had to be able to cover some cool tournament baseball. A lot of those tournaments have found their way onto this countdown. Tournament baseball is just another animal with the emotion cranked up a notch. I have only covered the Big East baseball tournament for two years, but three photos have made this countdown. I think right now next spring may still be up in the air. I have seen some crazy ideas that would push the season back a bit giving the northern teams a chance to hose early season games. I hope that is the case. That would mean the tournaments would be pushed back too, but more baseball for me is always good.

This is another one of those times when I am glad that I don’t think there is any video of my postgame. You would see a fat man trying to race out to beat these young athletes to the center of the field. My athletic ability has declined with age, and add my gear to that and you probably have comedy gold. I made it here though in time for the pile up. I even had time to slide over to this position so that the Prasco Park sign would be visible in the background.