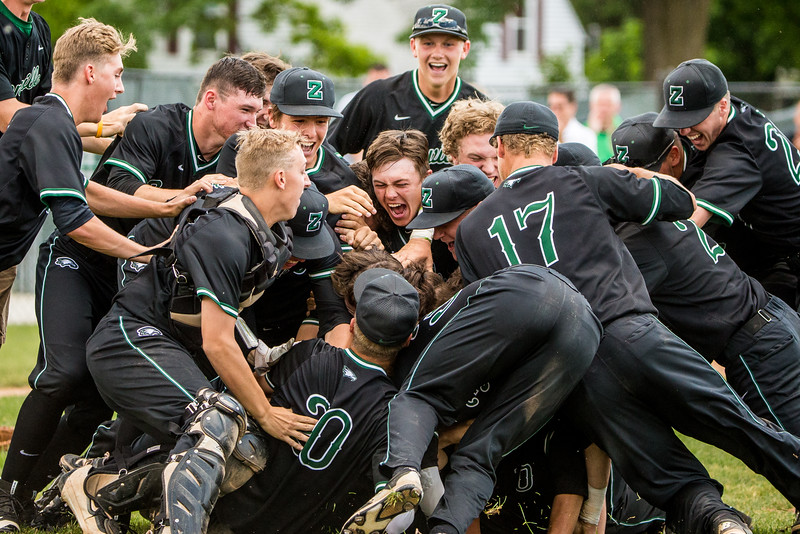 Nothing beats a good dog pile after winning a title. In 2016 rain allowed me to see Zionsville win at Loeb Stadium to advance in the IHSAA Championship. I was not there making photos for anyone, but I was there to watch some good baseball. Any chance to make baseball photos in Loeb Stadium was a good idea. I am glad that luck was on my side so that I could see this game.

This used to be my dream lens. I thought that it would be the ultimate baseball lens. In just this game I was getting the hang of switching the teleconverter on as the ball sailed into the outfield. This could have been a great addition to my lens collection. At the time that I made this photo I was a platinum member of Canon Professional Services (CPS). They had the program that allowed you to try new gear. This was a lens that they never could find time to send me. This was the one game that I was able to use it because they sent it to me while I was out of town at a baseball tourney. Despite my emails saying I wouldn’t be home to take possession of it they sent it anyway. I kept it one day longer so that I could at least try it out. Every interaction with your customers is one that could determine if the relationship keeps going or ends. This was the beginning of the end for me with Canon. I now use Sony, and this interaction is where that seed to change brands started.